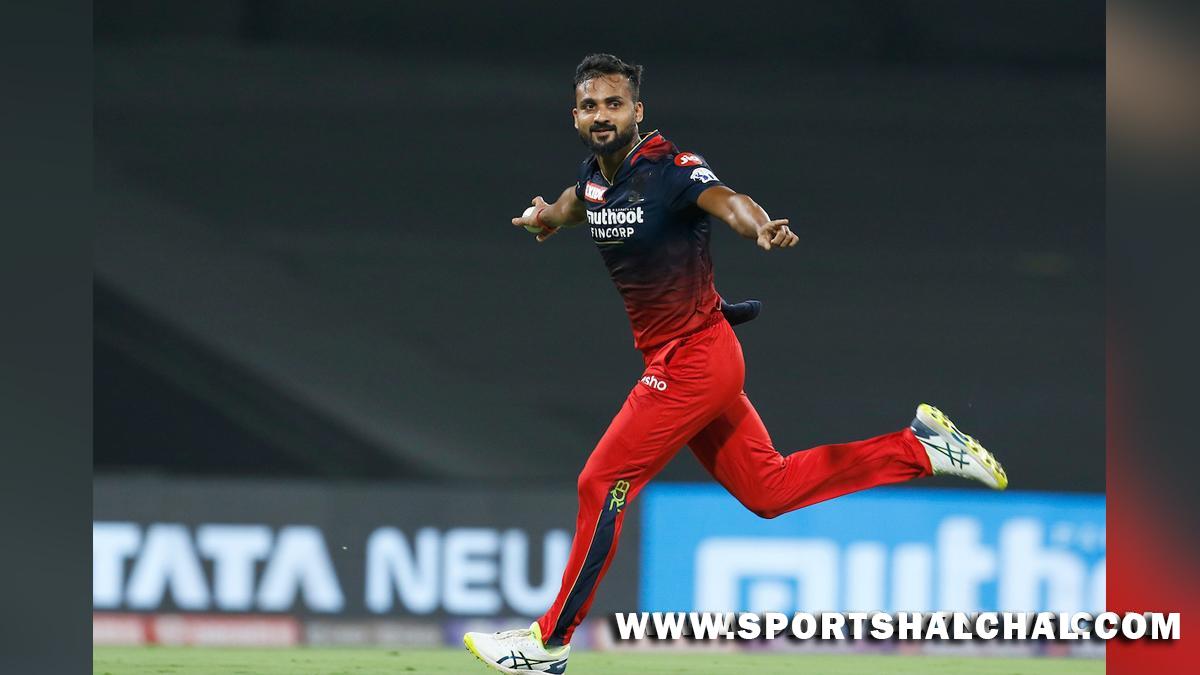 Mumbai : Royal Challengers Bangalore’s pacer Akash Deep said he had a clear target of claiming a few wickets to make the most out of getting to bowl with the new ball against Kolkata Knight Riders in IPL 2022.In the low-scoring thriller, Deep went for 45 runs in 3.5 overs but scalped crucial wickets of opener Venkatesh Iyer and middle-order batter Nitish Rana in power-play, setting the tone for Bangalore’s three-wicket win on a pitch where bowling short rewarded pacers with extra bounce and wickets.”I was getting some help from the wicket. In my mind, as I was following other matches, I had thought of taking one or two wickets with the new ball. It was important to pick wickets with the new ball as bowlers get a lot of help from them. My target was to claim a couple of wickets with the new ball. So I stuck to my plan, got some help from the pitch and was able to pick up wickets for my team,” said Deep in the post-match virtual press conference.

Talking about the plan of consistently hitting the short of length area, Deep remarked, “The game plan was to bowl at hard length. There was a plan given to me and I was focusing on that. I backed myself and played to my strength, and did not think too much about what level I was playing at. I just went in with the mindset that I have to do what I have been doing all this while bowling at any level.”In Bangalore’s opening match against Punjab, Deep had brought out the short-ball play but the plan didn’t go well. Against Kolkata, Deep re-executed the plan and it fetched him good results.”Bowling short balls is my strength. In the first match, I was under pressure and couldn’t execute it properly.

When I did the analysis of my bowling later, I realized that I was not able to executive the deliveries properly. But it is my strength and I kept my faith in it. I have been doing the same for all these days, so I have belief in my strengths,” stated the Bengal pacer, who was a net bowler for Bangalore last season.Deep signed off by saying Bangalore had intentionally kept back wicketkeeper-batter Dinesh Karthik for the back end of the chase due to his ability to finish off matches in a jiffy. The move worked as Karthik slammed an unbeaten 14 off just seven balls to hand Bangalore their first win of the ongoing tournament.”We knew that Dinesh (Karthik) bhai is the best finisher in our team, so it was better to hold him back and that was the plan. The game was moving along and we were going at run-a-ball. We saved him for the back end because we knew that even if we needed 20 in the last two overs, he could do it. And we were backing him for the same.”