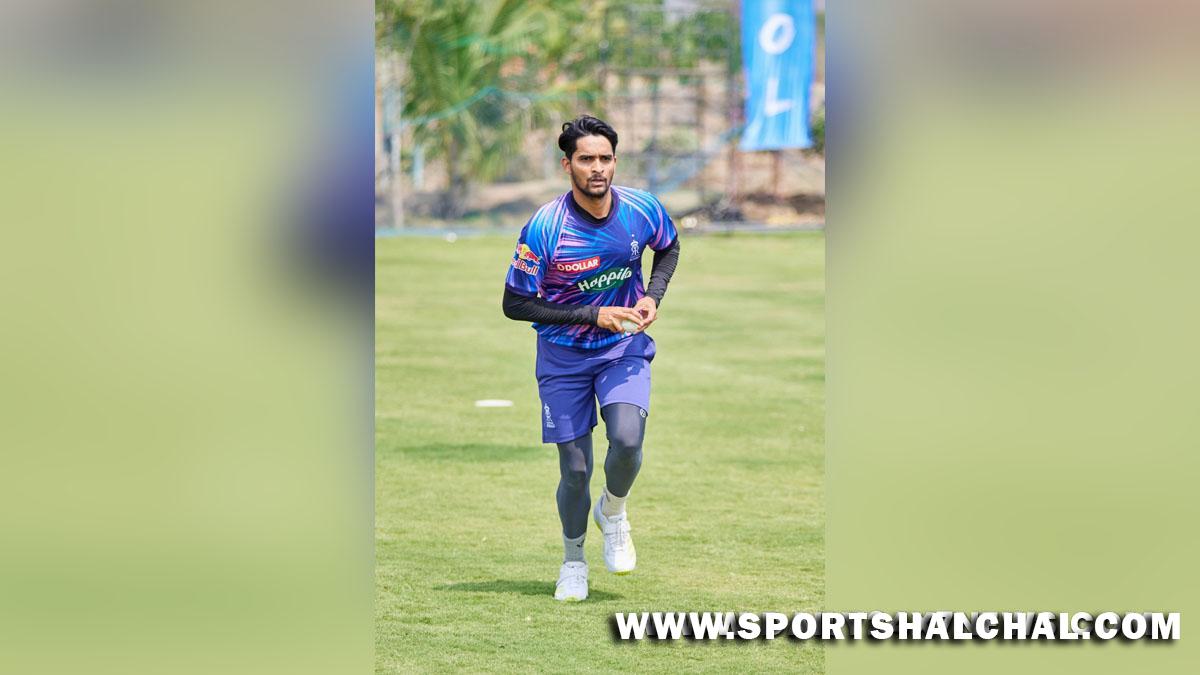 Mumbai : Back in 2011 when the Men’s Cricket World Cup was being hosted by Bangladesh, India and Sri Lanka, an 18-year-old Anunay Singh was seeing pace greats Brett Lee and Zaheer Khan trouble the batters in the mega event.But it was Lee who got Singh interested in taking up cricket and being a fast bowler. Cut to now and 11 years later, Singh is all set to emulate his idol whenever he takes the field for Rajasthan Royals in the 2022 season of the Indian Premier League (IPL).”I’ve always had this thing for fast bowling. Brett Lee being one of the greatest ever bowlers, I just used to look at his pace and try to emulate it on the field. I may not be as fast as him (laughs), but he’s certainly an idol for me given his skills, temperament and controlled aggression,” said Singh in a release by the franchise on Sunday.Now, in the Royals set-up, Singh is eager to brush shoulders with Sri Lanka pace ace Lasith Malinga, who’s signed up with the team as their bowling coach apart from picking the tricks of the trade from New Zealand’s left-arm pace spearhead Trent Boult and India pacers Prasidh Krishna and Navdeep Saini.

“I’m so excited to represent the Royals this season. The biggest focus for me will be to train well and give my 200% in all the nets sessions. I’m also looking forward to working with a legend like Lasith Malinga, and great bowlers like Boult, Saini and Krishna.”Singh, a Gorakhpur-native who represents Bihar in the domestic cricket circuit, is eyeing growth and learnings from his time with the Royals. “In mid-2021, I was actually giving trials for the Red Bull Speedster programme in Lucknow where former Royals’ bowler Munaf Patel was present, but I did not have a great day there and was asked to keep working on myself.””I put in the hard work post that and was eventually recommended for the trials at Royals. Everyone liked my bowling there but I still knew I had to develop more. Ever since the auction as well, I’ve only tried to grow and learn every day, and hopefully, it will pay off soon.”Rajasthan Royals will start their IPL 2022 campaign on March 29 against Sunrisers Hyderabad at MCA Stadium in Pune.