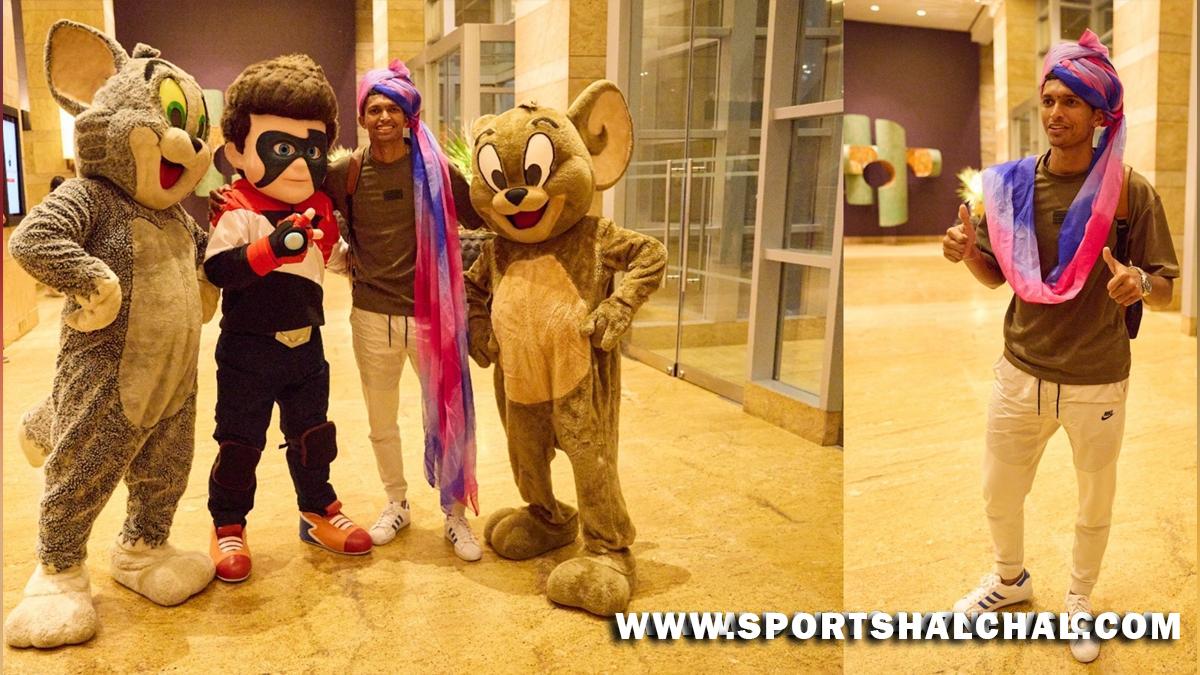 It’s going to be a fresh experience playing under Sanju Samson : Navdeep Saini

Mumbai : One of the fastest bowlers in the country, Navdeep Saini will be an important cog in the newly formed fast bowling line-up of his new franchise, Rajasthan Royals.Having recently been a part of the Delhi squad during the league stage of the Ranji Trophy, where he picked up 5 wickets in two matches, the Karnal Express hopes to get better as he shifts his focus to the white-ball game, aiming to contribute and help the Royals in the upcoming edition of the Indian Premier League (IPL).Speaking on the opportunity of playing for the Royals, Saini said, “It’s wonderful to play for a franchise like Rajasthan Royals, who were the first-ever champions of the IPL. I’m looking forward to working with the very experienced coaching group and a talented group of players. The Royals are known for fostering a fantastic atmosphere around the group, and I’m simply looking to experience that and connect with everyone and get going this season.”Being a bowler who relies on swing and accuracy, Saini said he’s looking forward to working with one of the biggest names in T20 cricket.

“I am most looking forward to connecting with Trent Boult during the IPL. He is someone who has achieved so much in both international and IPL cricket, and it’ll be a great experience to just speak to him about various aspects of fast bowling. I’ll be most focused on observing him go about his business, and hopefully that should also help in improving my own game,” expressed Saini, who has 17 wickets in the IPL at an economy of 8.47.The 29-year-old also revealed how he shares a good bond with the Royals skipper, “I share a great rapport with Sanju. I have spent a lot of time with him at the national team and have had a lot of discussions with him off the field. I feel it’s going to be a fresh experience, playing under him; he’s someone who creates a fun atmosphere around the team which helps everyone settle in quickly and feel a part of the team.”Having missed majority of IPL 2021 due to injury concerns, Saini said he’s been putting in the hard yards. “I wasn’t able to play a lot of matches last season, but I think I’m coming into this season on the back of a lot of hard work that I’ve put into myself, both on and off the field. I’m feeling good about my bowling again, and can’t wait to get back into the IPL and perform for the team.”

Recollecting some of his earlier memories of the Royals, the new recruit was quick to mark the influence of one Royals’ legend on him.”Rahul Dravid has been someone who I’ve always looked up to, he is someone who’s inspired me a lot through the years and continues to inspire me even to this day. And to be a part of a franchise that is so closely associated with him is really special,” added Saini, who was picked up by the Royals for Rs 2.6 crore.”I’m also really excited to work with Kumar Sangakkara and Lasith Malinga, and pick their brains on various aspects of the game. I think this will be a great opportunity for me to learn and groom myself, further evolving my skills and contributing to the team’s performances,” Saini spoke whilst confessing his admiration for the legends in the Royals coaching setup.The speedster signed off by touching upon his ambitions for the season with the Royals.”I feel we’ve got a good squad with a mix of exciting and experienced players, all of whom have done well for their respective nations and state sides in the build-up to the IPL. There’s been a nice feeling around the camp even at training, and some really intense sessions.””On a more personal note, the goal is to help the team with my abilities and performances, be it bowling with the new ball, in the middle overs, or at the death. It is important to plan smartly and then execute them properly, especially, given the nature of modern-day T20 cricket, where there’s no margin for error for the bowlers,” he said.

Kraigg Brathwaite, Joshua Da Silva save the day for West Indies in drawn Test against England