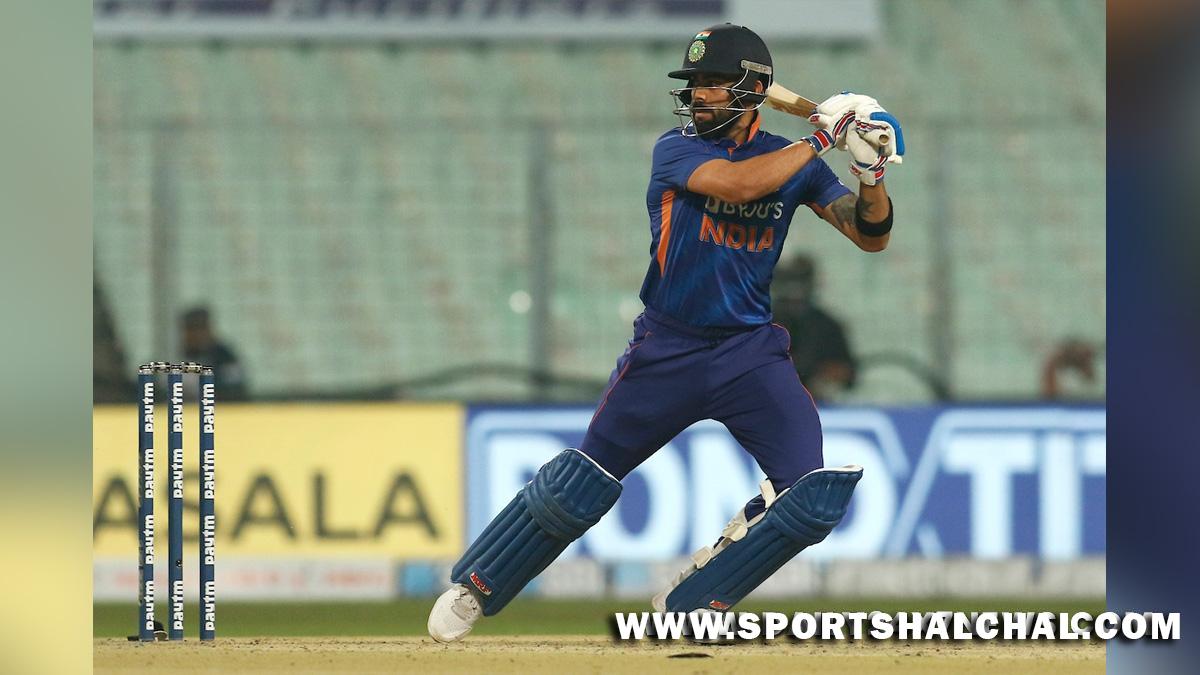 2nd T20I: Happy that I went out with clear intent : Virat Kohli

Kolkata : India batter Virat Kohli was happy with the clarity in intent he had while batting in the second T20I against the West Indies on Friday.Coming in at three, Kohli wasted very little time in getting busy at the crease, doing a majority of scoring in the first half of the innings. Amidst the talk of his lean patch, Kohli made 52 off 42 balls, reaching his 30th half-century in the format before being bamboozled by Roston Chase.”I was happy that I went out with clear intent today, not thinking so much about whether I should try my shots or not and it came off. It’s a nice way to start that innings for myself. When you play with responsibility over a long period of time, you tend to go into a mindset where you start thinking too much about whether you can take a risk or not and I think sometimes, you tend to forget why you got to the stage you got to and it’s important to back your instincts,” said Kohli in a mid-innings chat with broadcaster ‘Star Sports’.In his knock laced with seven fours and a six at a strike rate of 126.83, the positivity in Kohli’s shot-selection was enough to indicate that he wanted to bat for long but was cut short by turn from Chase. “For me it’s always been an opportunity to bat well under different situations for the team.

Today when I went in, I decided to be positive, then we lost a few wickets. I wanted to continue in the same way, probably disappointed to get out at the time I did because I set up the game nicely for me to go hard in the last 4-5 overs which is the way I bat, which is my strength.”What also helped Kohli was the energy coming from a small number of spectators in the Eden Gardens. “Little bit of people in the stadium always helps, sometimes you need to create momentum for yourself when the environment doesn’t really provide it for you, so tonight I felt good from the get-go.”With dew settling in, as shown by the TV cameras in the second half of India’s innings, Kohli believed that 186 is a good score to defend for the hosts. “I think at a certain stage we thought 180 was good, some balls were stopping in between the hard lengths and the change of pace. We know they are going to go after the shots and that is going to provide us those wicket-taking opportunities.”Kohli signed off by crediting the rapid 76-run stand between Rishabh Pant and Venkatesh Iyer for propelling India to an impressive total. “Special mention to Rishabh and Venky the way they batted, gave us those extra 10 runs in the end and hats off to that partnership.”