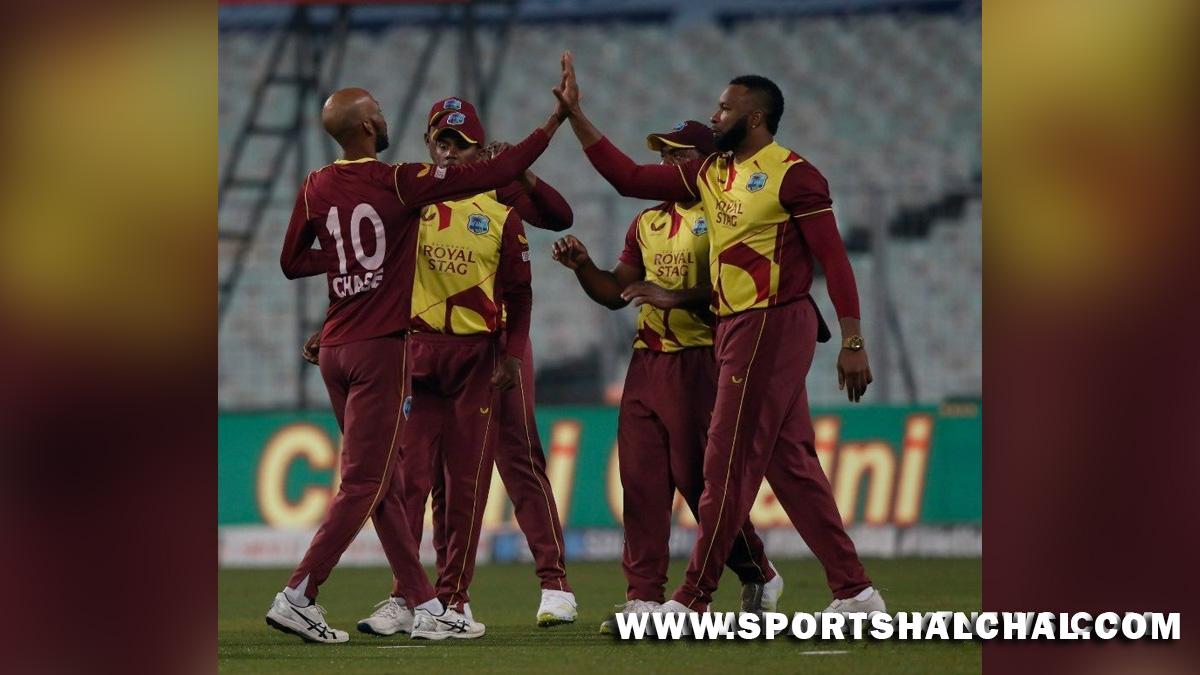 Kolkata : West Indies captain Kieron Pollard heaped praise on big-hitting batter Rovman Powell, saying that he was ‘phenomenal today’ and was happy with the 100-run partnership between him and Nicholas Pooran.In the chase of 187, Pooran and Powell slammed powerful shots and kept West Indies in hunt for their first win on the tour of India. But with 29 needed off the last two overs, Bhuvneshwar Kumar and Harshal Patel kept their calm to leave West Indies in a so close yet so far situation, losing by eight runs.”He (Powell) was phenomenal today. His partnership with Pooran almost got us over the line. We did well to take it as deep as we can,” said Pollard in the post-match presentation ceremony.Asked about the narrow margin of the loss, Pollard remarked, “The ball was moving around and they (India) have got good bowlers. You have to give credit where it’s due.

We can look at different ways as to how we could have gotten those eight runs. At the end of it, we can look at so many ways.”Pollard also had some praise for off-spin all-rounder Roston Chase, who took 3/25 in the first innings. “He (Chase) has bowled well. He came in and showed us something. Again he delivered for us.”Pollard, the first men’s player from the West Indies to feature in 100 T20Is, concluded by saying that one can’t call out the batters for them losing Friday’s match. “In the first game you could have said we were a bit slow in the middle overs but we corrected that here. We can’t just call batters out. Was a very good game. We sort of rectified our mistakes from the previous games. We are a work in progress.”