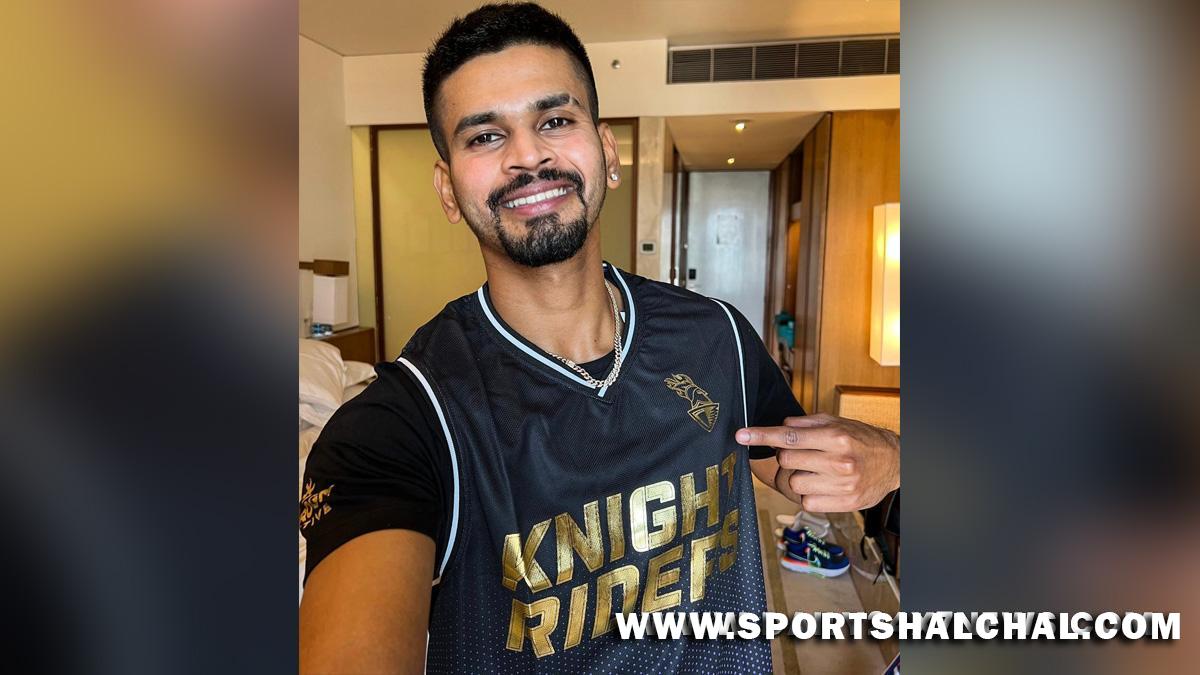 Kolkata : Two-time IPL champions Kolkata Knight Riders (KRR) on Wednesday have announced Shreyas Iyer as the captain of the side ahead of IPL 2022 season. This will be the second time Iyer will be captaining a side in the IPL after doing the same job for his former team Delhi Capitals from mid-2018 season till 2020. In the recent IPL Mega Auction, Iyer was bought by KKR for INR 12.25 crores after a fierce bidding battle.”I am extremely honoured to have gotten the opportunity to lead a prestigious team like KKR. The IPL as a tournament brings the best players from different countries and cultures together and I look forward to leading this great group of very talented individuals,” said Iyer in a statement.

“I would like to thank the owners, management and support staff of KKR for giving me the opportunity to lead this team and I am confident that we will find the right synergies to achieve the team’s goals. Kolkata and The Eden Gardens have a very rich history when it comes to Indian cricket and I look forward to contributing to this rich history and making our fans proud of us as a team! Korbo Lorbo Jeetbo!” added Iyer.Once KKR succeeded in acquiring Iyer’s services, it was a foregone conclusion that the right-handed batter would be made the captain of the side. A shoulder injury and subsequent surgery to Iyer meant Rishabh Pant captained Delhi in first half of IPL 2021. Though Iyer returned in the second half, Pant continued to remain the skipper. Iyer, who led Delhi to runners-up finish in 2020, was not retained by the franchise during the retention period.

“I am very excited to have one of India’s brightest future leaders in Shreyas Iyer, take the reins at KKR. I’ve enjoyed Shreyas’ game and his captaincy skills from afar and now will look forward to working closely with him to drive forward the success and style of play we want at KKR,” said head coach Brendon McCullum.Iyer will be the sixth player to lead KKR after Sourav Ganguly (2008-10), McCullum (2009), Gautam Gambhir (2011-17), Dinesh Karthik (2018-20) and Eoin Morgan (2020-21).”We are delighted firstly to have been able to successfully bid for Shreyas in the IPL auction & to have the opportunity for him to lead #TeamKKR. He has impressed one & all as a quality batsman at the highest level & we are confident that he will excel as a leader of #TeamKKR,” said Venky Mysore, CEO & MD of KKR.