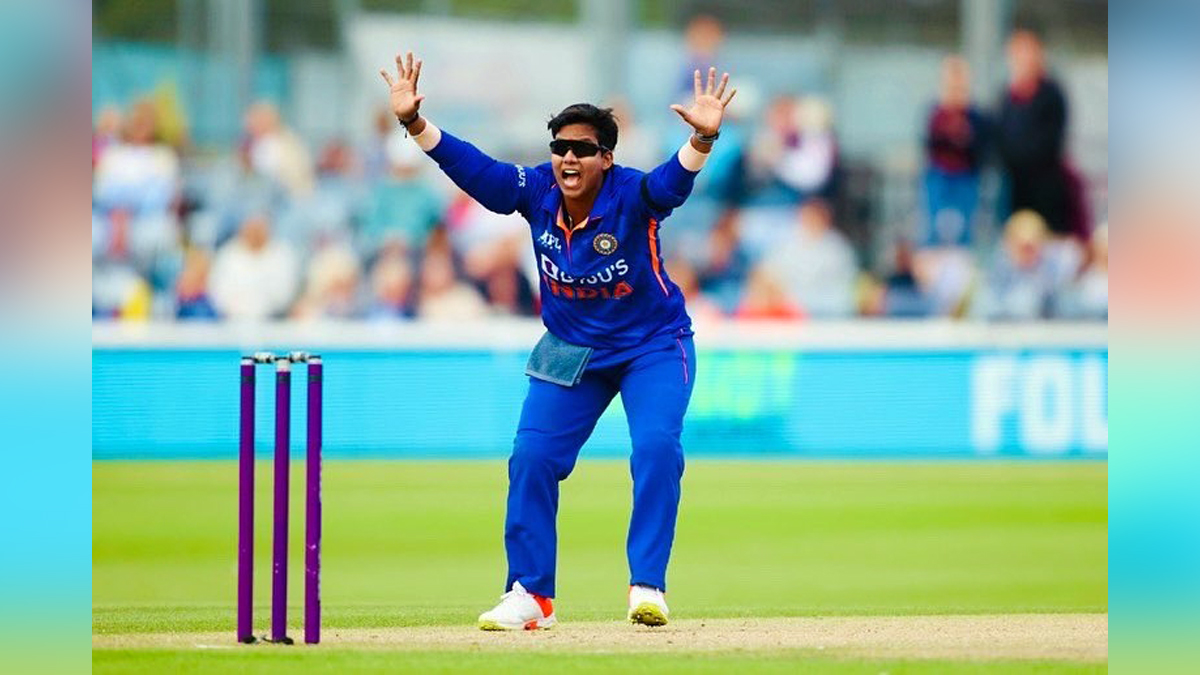 Mindset is to maximise runs off minimum balls available : Deepti Sharma on dazzling finish with the bat

Mumbai : In the first T20I at the DY Patil Stadium on Friday, India were 132/5 with three overs to go, and suddenly the 150-mark looked a little far as Australia stemmed the run-flow. The boisterous crowd in excess of 25,000, which was having a joyful time, was starting to feel nervous and were quiet.

But then, Deepti Sharma walked in and turned the tables with thrilling finishing touches for India. A pull and slash off Annabel Sutherland for a brace of fours was followed by pulling and slamming Ashleigh Gardner for two fours in the next over.

But the best was yet to come, which Deepti brought by smashing Megan Schutt for four successive fours in the final over, finishing with 36 not off 15 balls. Her efforts meant India made 40 runs in the last three overs and made 172/5 as the crowd got its voice and joy back.

“For this series and from before the start of Commonwealth Games, I’ve worked quite a bit on my batting. I followed all of those in the practice sessions in lead-up to the series. I generally walk in when there are very little balls left in the innings.

My mindset now is that I have to maximise the runs off the minimum balls available for my team. I think those practice sessions are paying off,” said Deepti in the post-match press conference.

But her efforts went in vain as India had an off day in bowling and fielding, paving the path for Beth Mooney to smack 89 not out and share an unbroken century-stand with Tahlia McGrath to get a nine-wicket victory for Australia.

“We think it was a very good total. But I think we could fielded a bit better. We also gave away few loose balls. But wins and losses will happen. We had a very simple approach with our batting and bowling and we were getting results out of it.

We just needed to apply them better,” added Deepti. The off-spin all-rounder refused to see dew coming later in the second innings as a reason behind India losing T20I series opener after starting well. “There was a dew for sure, which came into play after seven-eight overs.

We cannot show it as an excuse. We tried the slower ones and variations too. As a bowling unit, we were discussing that we will focus on our stock deliveries and we tried those to bowl according to the field.”

“Definitely, the first half was pretty good but the second half didn’t go as well. We will try to rectify our small mistakes made in bowling and fielding in the next match so that we can give a tough competition in the series.”

Deepti signed off by praising debutant left-arm pacer Anjali Sarvani, who didn’t have any wickets, but conceded only 27 runs in her four overs. “I have played against her in domestic cricket – I played the (Senior Women’s T20 Trophy) final for Bengal against Railways.

She (bowls) a good inswinger with pace. Very few bowlers beat right-handers with inswingers. It was her debut but it didn’t seem like that. She was very confident to bowl in any situation and everyone backed her.”

The fans at Newlands will be key to MI Cape Town’s success : Mark Boucher