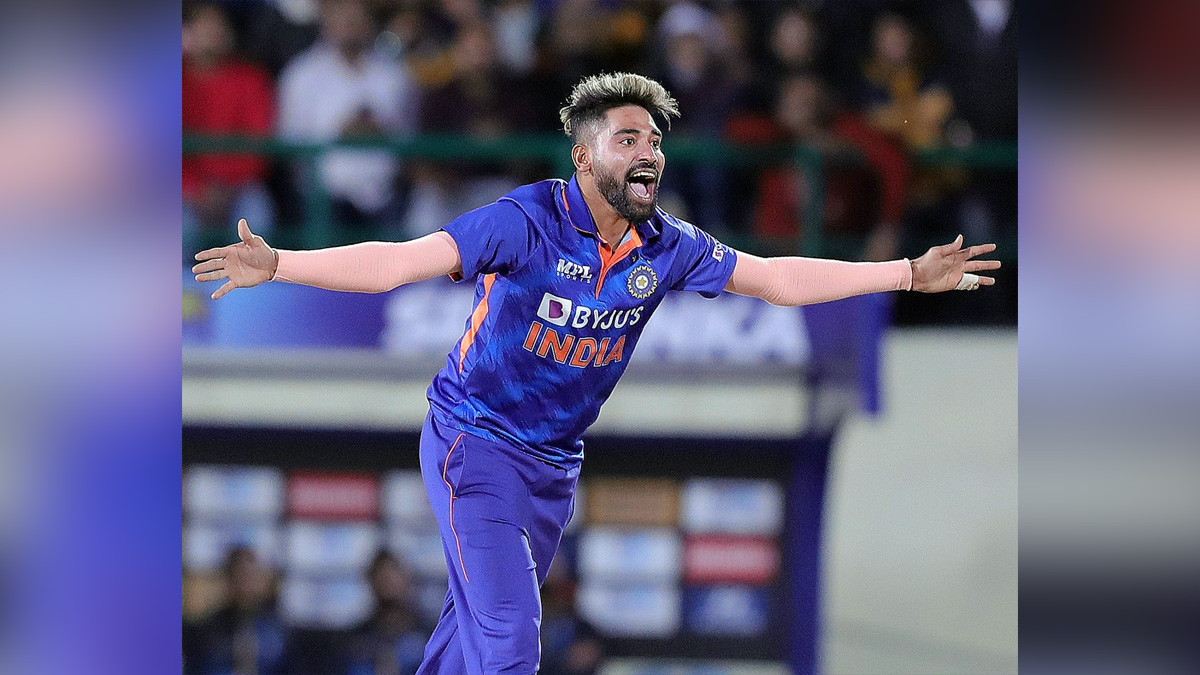 Mohammed Shami, Mohammed Siraj were relentless with the lines and lengths, didn’t give us easy scoring options : Tom Latham

Raipur : After suffering a loss in the second ODI against India, New Zealand captain Tom Latham admitted that the unswerving accuracy of Mohammed Shami and Mohammed Siraj with line and lengths didn’t give any easy scoring options to the visitors.

The Rohit Sharma-led side registered a dominating eight-wicket win against New Zealand in Raipur on Saturday, where the fast bowlers won the game for India in the opening exchanges, reducing New Zealand to 15/5 inside 11 overs.

Shami was the pick of the bowlers, claiming 3 wickets after conceding just 18 runs in six overs including a maiden over. While Siraj scalped one and has an impressive economy of 1.70.

“They obviously bowled fantastically well. And like you said they were pretty relentless with the lines and lengths they bowled and that didn’t give us any easy scoring options and then obviously to be five down reasonably early on, I think just after the 10th or 11th over,” Latham said in the post-match presser.

“Yeah, it was hard to come back from there. When you get bowled out for just over a 100 obviously makes things pretty difficult. So, unfortunately, it was just one of those days where everything India did turned their way,” he added.

After a resounding defeat against India on Saturday, New Zealand have lost the series as well as their top ODI rankings tag. England are now the No. 1 team in the ODI Team Rankings chart.

India will look to replicate their performances from the first two matches in the last ODI on Tuesday in Indore. If the men-in-blue sweep the series 3-0, they will become the No.1 side in the ODI rankings.

Was important to keep good line and length on a damp wicket : Mohammed Shami