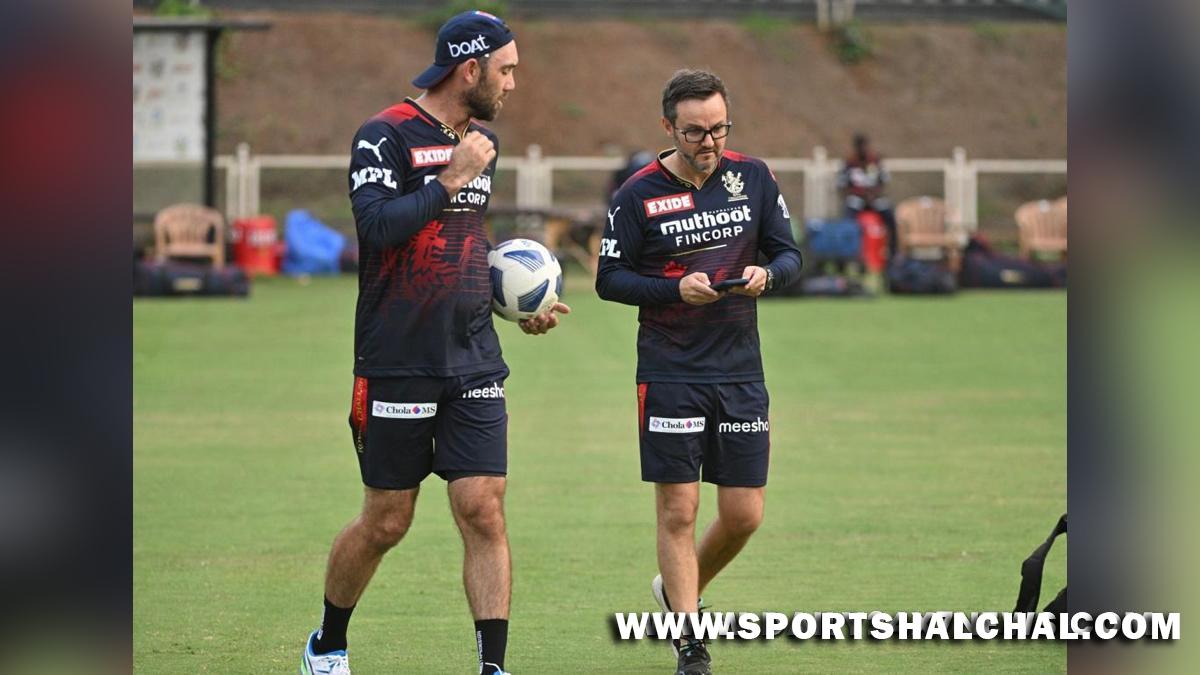 Mumbai : Royal Challengers Bangalore’s (RCB) director of cricket operations, Mike Hesson, put a lid on the rumours surrounding the availability of Australian limited-overs specialist Glenn Maxwell, saying that he will not be available for the crucial game against the Rajasthan Royals (RR) at the Wankhede Stadium later on Tuesday. Maxwell has missed the first couple of matches for RCB and will also miss the third game against RR on Tuesday as he is contracted to Cricket Australia (CA). The 33-year-old, will however be available for selection for RCB’s fourth match in IPL 2022 on April 9 against Mumbai Indians. “From a Cricket Australia point of view, no contracted players are available before the 6th of April. So, regardless of when they arrive over here, no one can play until the 6th. We’ve been well aware of that as any other side, we’ve planned for that. Maxi will be with us and available from the 9th (of April).” Australia is playing a limited-over series against Pakistan in Lahore, and irrespective of whether a Cricket Australia-contracted player is in the squad or not, he cannot play anywhere else unless his team’s engagements for that particular series are over.

RCB will be back on the field after a gap of five days, and looking ahead to the clash against the Royals, Hesson told RCB Bold Diaries on Tuesday that his side will have to adapt quickly to its first game at the Wankhede after having played the last two matches at the DY Patil Stadium. “Both our games have been at DY (Patil stadium) which is quite a different surface and different surroundings, different boundary dimensions. So our first challenge at Wankhede we have to adapt to different sizes of the boundaries, whether on a used surface or a new one. We know there’s going to be dew, so that’s not an excuse for anybody. We’re just going to have to deal with that,” Hesson opined. With three former RCB players Devdutt Padikkal, Yuzvendra Chahal, and Navdeep Saini now in the RR camp, Hesson felt that it won’t give an advantage to his side. “It probably helps both parties. They know a lot about us, and we know a lot about them. So, once again it’s probably just down to how well people deal with pressure on the day. All good players that you mentioned, all have done well at times for RCB in the past. We’re looking forward to taking them on, but we’re obviously looking to get one over on them as well,” he said.