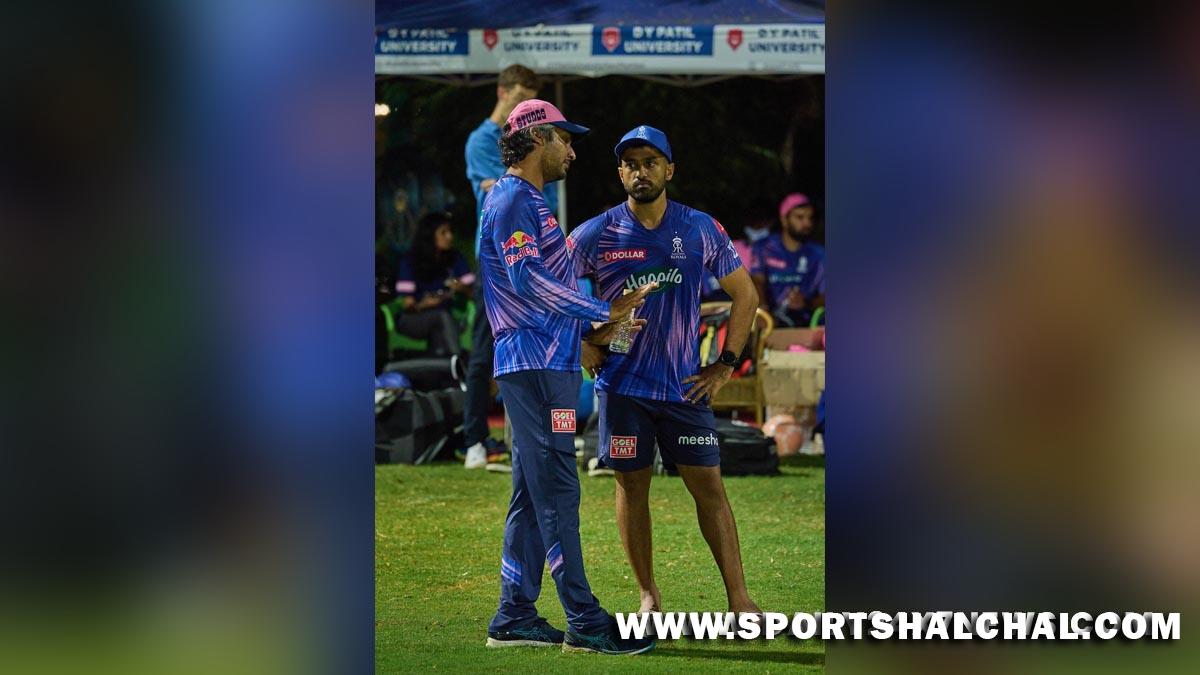 IPL 2022: Good to be back at the Rajasthan Royals, say Karun Nair and KC Cariappa

Mumbai : Karnataka’s duo of stylish batter Karun Nair and mystery spinner KC Cariappa are back in the Rajasthan Royals camp for IPL 2022 and are looking forward to contributing to the team’s success.
“Obviously a lot of things have changed since when I was here (at the Royals) first, but this team always feels like home to me. We have a well-balanced side, and I’m enjoying getting to know all the guys here. It’s an exciting phase in the history of this franchise and I’m looking forward to playing an exciting brand of cricket, which I know the Royals always strive to do,” expressed the 30-year-old Nair, who has also recently this year, become a father.On the other hand, right-arm orthodox spinner Cariappa, who has spent the last two seasons with the franchise, is looking forward to working with two of India’s leading spinners. “It’s obviously good to be back at the Royals – my second home. There’s a new feeling around the camp, which is obviously also down to the fact that we’ve got a solid team. I’m really looking forward to working with both Ashwin bhai and Chahal. I’ve known Yuzi for a long time and have enjoyed interacting with him over the years.

Whereas, with a legend like Ashwin bhai in the team, it’s a great thing for me to learn and improve my bowling by taking inputs from him,” said the 27-year-old.Having played with Royals’ skipper Sanju Samson before in the IPL, Nair says he’s excited to play with his ‘good friend’. He said, “I’ve always loved playing with Sanju so I can’t wait to reconnect with him on the ground. We’ve had some really good partnerships over the years and I’m really happy to know Sanju, along with Kumar (Sangakkara) and Zubin (Bharucha), have shown the faith in me to bring me back into the team.”Cariappa, on the other hand, believes the experience gained with the Royals during the past couple of seasons, has helped him cement a place at his state side. “I think the best part has been that I’ve been able to get into the Ranji team as well. I’ve always played white ball cricket, but playing the three formats is a good feeling, and I think what has helped me the most has been the knowledge and experience I’ve been able to gain through working with the Royals,” he said.

Despite having had a great start to his IPL career, scoring 330 runs for the Royals at a strike rate of 142.24 in 2014, and having played for a few more franchises consequently, Nair has been unlucky when it comes to establishing himself as a mainstay in T20 cricket. “In my opinion, the reason behind that is that I’ve never been the kind of a main player in a team in T20 cricket. If you see, whenever I score runs, there’s someone else who scores better in the same match (laughs). But I’m not really bothered about that at all all I care about and why I play matches is to help the team win.””On a more serious note, why people don’t see me as a T20 specialist is because I’ve been asked to play different kind of roles over the years, and sometimes it works, sometimes it doesn’t. But I’m hoping to have a great season with the Royals and just focus on whatever I’m told to do,” Nair added.With two other Karnataka teammates in youngsters Devdutt Padikkal and Prasidh Krishna also present at the Royals, both Nair and Cariappa are currently enjoying their time around the group. “Having my home boys, Devdutt, Prasidh and Karun here is good. They’re top players and bring a new dimension to our team. I’m certainly enjoying having them here at the Royals.”