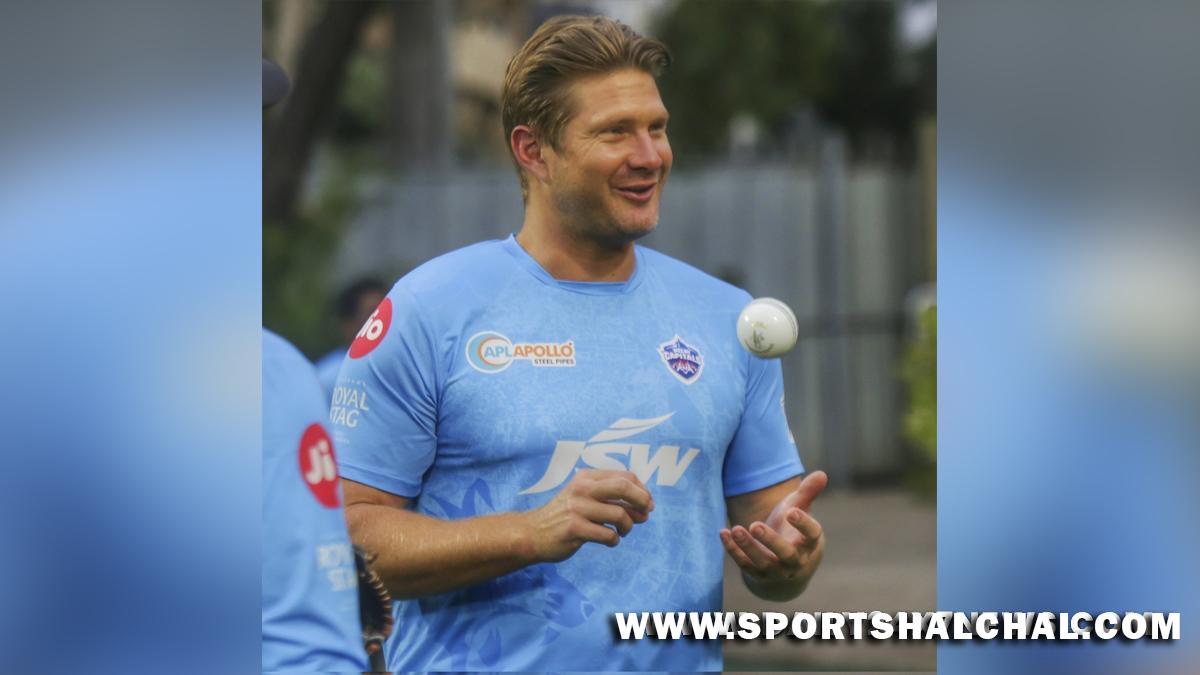 Mumbai : In both of Delhi Capitals’ matches in IPL 2022, a pattern has emerged of losing three top-order wickets while batting in powerplay. In their opening match against Mumbai Indians at Brabourne Stadium, Delhi were 46/3 at the end of the powerplay while chasing 177. But they managed a sensational come-from-behind win on that afternoon, thanks to an unbeaten 75-run stand between Axar Patel and Lalit Yadav. But the same issue came back to hit them hard in the second match against Gujarat Titans. Chasing 171 at Pune, they slipped to 43/3 and eventually ended 14 runs short. It wasn’t a surprise that assistant coach Shane Watson admitted in the pre-match virtual press conference that losing the top-order in powerplay hasn’t been ideal for Delhi ahead of their third match against Lucknow Super Giants on Thursday. “There is no question that losing three wickets in a powerplay, whether batting first or second, is not ideal and makes it more difficult to set a total that you are looking for or chasing down a total. It’s just really simple: to execute (plans) for longer periods of time as you are facing the best bowlers in the first six overs. We certainly got the quality of batsmen who are opening the batting like Prithvi Shaw, Tim Seifert and Mandeep Singh, who is batting at number three.

” In two matches, Seifert had scores of 21 and 3 while Shaw amassed 38 and 10 respectively. Singh, slotted at three, had a two-ball duck and made 18 in the second match. Watson feels that the top-order has to improve upon their batting execution on a consistent basis in the first six overs. “It’s more so than just about executing for that little bit longer time. (It’s) Getting through those periods when the ball is swinging around to start with and then finding the right people to get the innings momentum going through that six-over powerplay. It hasn’t been ideal from wickets point of view but in the end, it comes down to executing your skill more consistently to get the innings going. “A little bit more slicker without losing wickets which makes it more challenging for the middle order.” Amongst the top-order, Shaw has been out while playing the pull shot in both matches. Watson praised Shaw’s ability to take the game away in a jiffy and insisted that the support staff has been working hard to get the right-handed opener in a good position to execute the pull shot well. “Prithvi is one of the incredibly-skilled young cricketers I have ever seen. The way he hits the ball against all types, qualities of bowling like quick or spin in all types of conditions is an incredible skill that he’s got.

“In the end, what we all are trying to do, as a coaching group, is to work on Prithvi and allow to get the best out of his skills that he’s got. Yes, he’s got out to the pull shot in the first two games. “In the end, all of it comes down to execution and that’s what we all have been working with him. We worked a little bit yesterday and it is just execution to make sure that he’s in the right position when he’s playing his pull shot. His ability to take down the best bowlers in the world is a very rare skill. “In the end, we don’t want to cull down that skill in any way and think about too many things. Just allowing him to react that a little bit better from execution of skill point of view.” Asked about the players Delhi will be wary of in the Lucknow camp, Watson named all-rounder Deepak Hooda and pacer Avesh Khan. “Deepak Hooda is someone who I played with in Rajasthan Royals quite a few years ago. He had great skill back then and to show that power-hitting skill he’s got consistently means that he’s very dangerous and will have to look out for him. “From a bowling perspective, they have got some firepower. Avesh Khan has done incredibly well and Delhi Capitals know Avesh very well from his playing days here. He’s been going very well and Delhi Capitals players know Avesh very well in terms of where his strengths and weaknesses are… and tap into those weaknesses.”