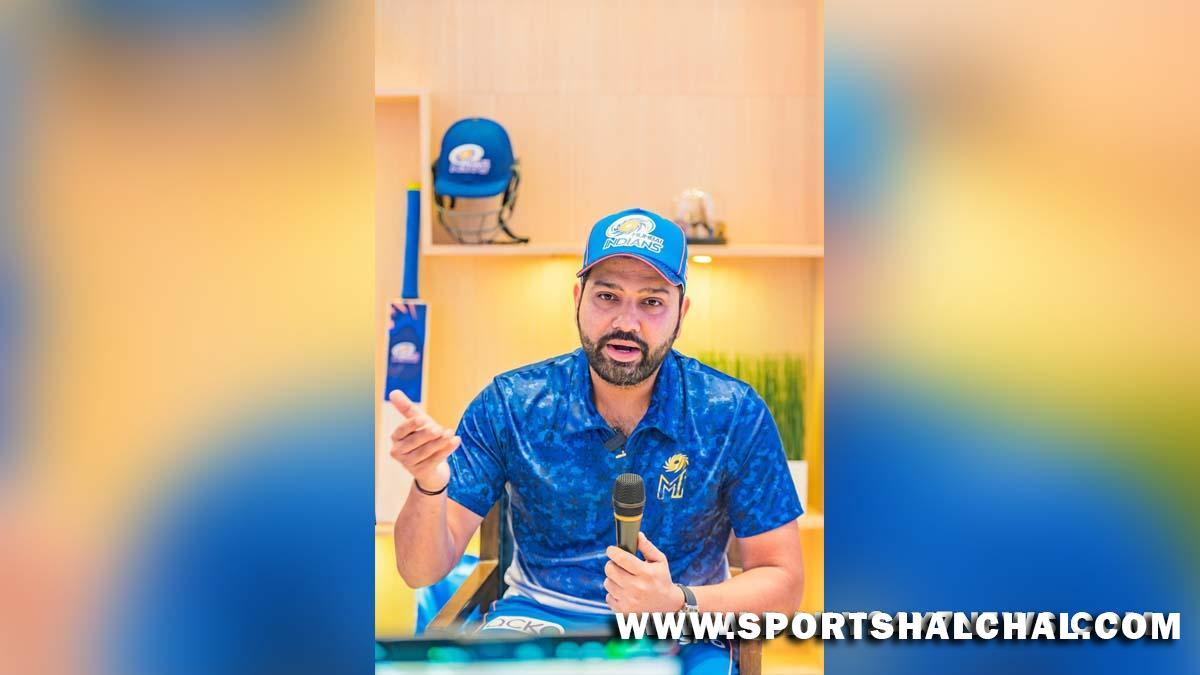 Mumbai : Five-time IPL champions Mumbai Indians’ captain Rohit Sharma on Wednesday confirmed that he will be opening the batting with Ishan Kishan in the upcoming edition of the tournament.He also confirmed that batter Suryakumar Yadav is still recovering at the National Cricket Academy (NCA) from the hairline fracture on thumb sustained in the T20I series against the West Indies in February.”I will open the batting. (I have) been doing that in the past, so I am looking forward to open (the batting) with Ishan (Kishan). Surya is at the NCA at the moment. He is recovering well. He will be here soon. I can’t give you his availability right now; whether he will be there to play the first game or not. But we are trying to get him here as soon as possible once we have the clearance from NCA,” said Sharma in the pre-season virtual press conference organised by the franchise.Sharma brushed aside suggestions that Mumbai will have an upper hand over other teams in the tournament due to playing matches in their home city. Mumbai last played a match in their home city in May 2019, where they defeated Kolkata Knight Riders at Wankhede Stadium to march into the play-offs and eventually win the trophy.

“It’s a relatively new team, lots of new guys have come into the team. I don’t believe in added advantage because 70-80% of the squad hasn’t played in Mumbai before. So, there is no such thing as added advantage. Only myself, Surya, Pollard, Ishan and Bumrah have played in Mumbai a lot and others have not played. We all are playing in Mumbai after two years and did not play a single game here. In fact, other franchises have played in Mumbai last year (2021, first half); we didn’t get to play. So, there is no home advantage.”Sharma further felt that the style of Mumbai’s preparation won’t change with new teams Lucknow Super Giants and Gujarat Titans entering the IPL fold this season onwards and pointed towards the 2022 edition having the same format as the 2011 season.”It’s a format we played in 2011. So, to be honest, nothing changes in terms of planning. You have to play the opposition as simple as that. Some opposition you might play only once and some, two. I don’t think there’s a whole lot you need to change in terms of planning. We just need to be aware that certain teams you will play only once, you need to be very well-prepared as there’s no coming back and playing against those guys.

You just need to plan well against those guys, make sure that all your bases are covered as there’s no second shot at that.”Sharma welcomed the new rules like running out batter from non-striker end being made legal, new batter taking strike despite a crossover and DRS reviews being increased to two per team. “Look, that rule (mankading) has become legal, so batters will need to pay more attention, when to come out of the crease and when not. It is very simple; the rules have come and we need to follow them.””Secondly, I think it is a good rule, the new batsman should face (the ball) if the batsman gets out. For the opposition team, it is important that a bowler is bowling in good rhythm and he gets a wicket, a new batter faces him, especially when he catches out. Obviously, a new batter comes when he’s bowled or lbw. But when he hits high and is caught out, there won’t be crossover and new batter will come at the crease. It gives opposition team nice opportunity to keep the pressure on.””Having two DRS reviews is also a good rule, because fewer mistakes in the game, the better it is. In international cricket we play with two DRS, so it should be there in the IPL. It is a good move to bring two DRS by the IPL. Teams will get the chance to use the DRS as per their own way. All three rules are good and them being clarified before the IPL is good to play according to them,” signed off Sharma.