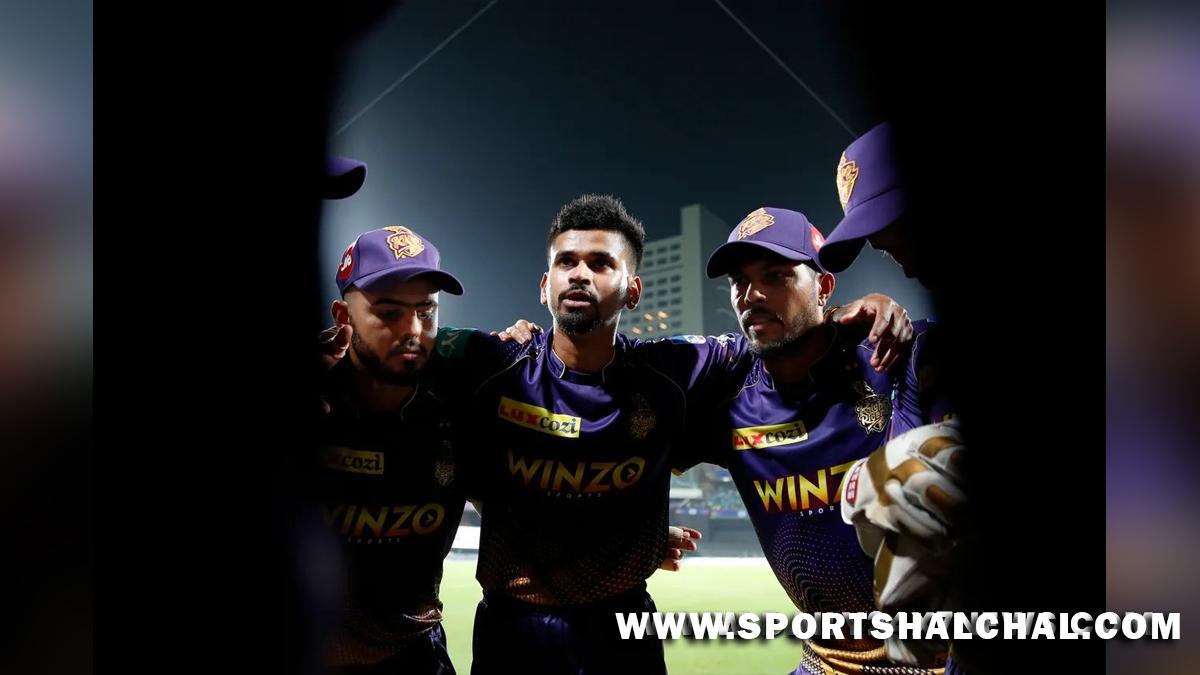 IPL 2022: Really proud of the way team played to take the match till last over : Shreyas Iyer

Mumbai : Kolkata Knight Riders’ skipper Shreyas Iyer felt extremely proud of his team for taking the match against Royal Challengers Bangalore till the final over.In a low-scoring IPL 2022 thriller at DY Patil Stadium, Kolkata tried to defend a paltry score of 128 but were unable to do so despite taking three wickets in first six overs as Bangalore completed the chase with four balls to spare.”I really found this game exciting. Before getting in, I spoke with my boys and told them that this game is going to define our character and attitude on the field no matter we defend or not. The way we fight it on the ground, that is really going to reflect our mentality in the next few games. I am really proud of the way we played this game and took it till the last over,” said Iyer after the match.Iyer was appreciative of Bangalore strategising their chase very well.

“It was really tough at that moment because I wanted to get my best bowlers up there and get a few wickets early on but it didn’t work out really well. Kudos to their batsmen, they played really well out in the middle. They took out the toughest phase as soon as possible.”Asked on why he handed over 19th over duties to Venkatesh Iyer’s part-time pace, Iyer explained, “In the end, I decided to go with Venky because he’s also got really good experience bowling at international level and you need to back them especially at the start of the tournament. It’s really important they gain confidence as early as possible and this was one of the best games to get that.”Iyer admitted that Kolkata’s batting didn’t execute the slam-bang style against Bangalore but vowed to come back stronger in the next match. “The wicket was looking a bit dicey at the start, it was two-paced, variable and the bounce was odd.

We wanted to get off to a really good start and that’s what we planned. The execution part was tough.””We are going to come back with the same mindset, we are not going to chicken out. That’s what we want to focus on and that’s what we spoke about coming into the tournament that we’ll be someone who’d be taking risks. Next time when we come, we need to rectify the errors and see to it that we get the momentum as early as possible.”Iyer signed off by speaking highly of leg-spinner Wanindu Hasaranga’s spell of 4/20. “He (Wanindu Hasaranga) bowled really well, he got off to a good start after getting my wicket. I was able to read him pretty well at the start. We had decided that we’ll play him as an off-spinner but unfortunately he bowled really good lines and lengths. He’s also very experienced and he was getting some help on this wicket. Congratulations to him.”