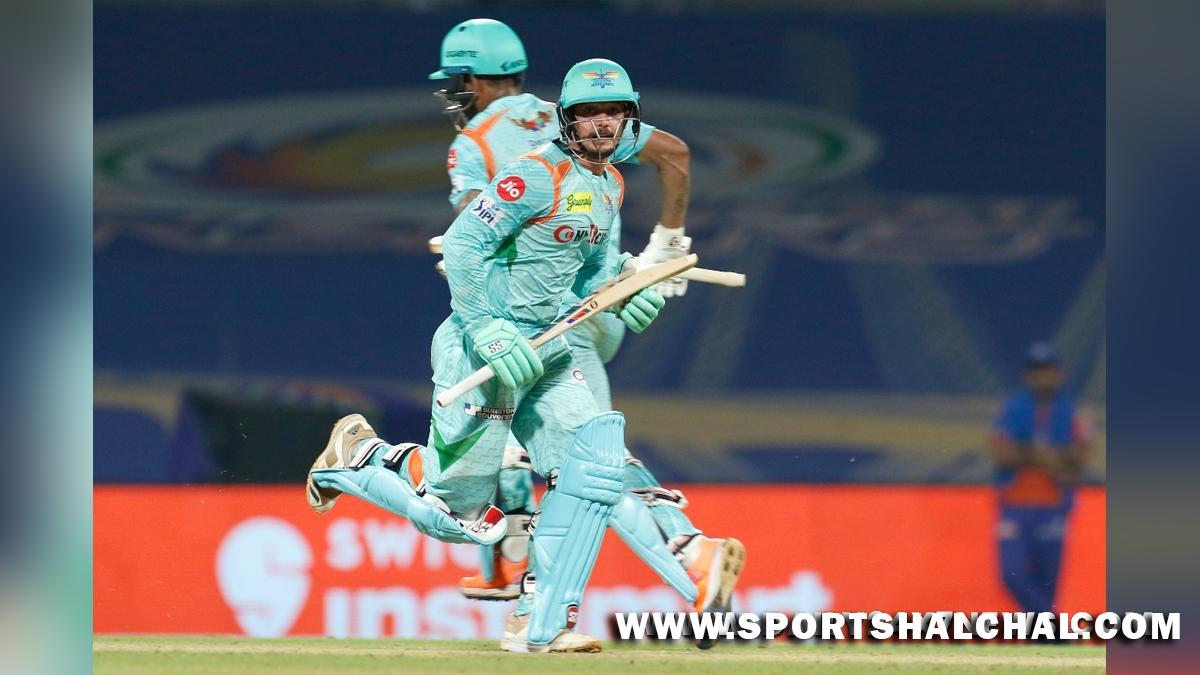 Mumbai : Lucknow Super Giants skipper KL Rahul said his bowlers re-assessed their plans after the powerplay and executed the revised plans well to restrict Delhi Capitals to a modest total in their six-wicket win in an IPL 2022 match at the DY Patil Stadium here. Opener Prithvi Shaw blasted a 34-ball 61 and helped his team dominate the powerplay overs but Delhi Capitals lost their way after he was out, and despite fine rearguard efforts by skipper Rishabh Pant (39 not out off 36) and Sarfaraz Khan (36 not out off 28), could manage to post a modest total of 149/3 in 20 overs. Lucknow Super Giants survived a few hiccups of their own after South African opener Quinton de Kock fired 80 off 52 deliveries but managed to reach 155/4 in 19.4 overs, thanks to Krunal Pandya (19 not out off 14) and Ayush Badoni (10 not out off 3).

Rahul said his bowlers had a chat and reassessed their plan after the powerplay. “I think we were brilliant (with the ball), but powerplay is something we have to work on. We showed a lot of character but after the powerplay, the bowlers had a good chat and knew what lines and lengths to bowl and executed well,” said Rahul during the post-match presentation on Thursday night. Asked about his side’s success while chasing, Rahul said it was not the dew alone but they like to know the target. “We just like to know what to chase. Dew factor does play on the minds of the teams and everyone chooses to bowl first because of that. Last game, there wasn’t much dew here and we got lucky. Today, there was a lot of dew and I think everyone likes chasing,” he added. Rahul again praised young batter Ayush Badoni for his nerves of steel as he struck the winning runs. “Badoni has held his nerve every time he has gone in to bat. Obviously, great learning for him and it’s important for him to keep working hard and stay humble,” said Rahul.