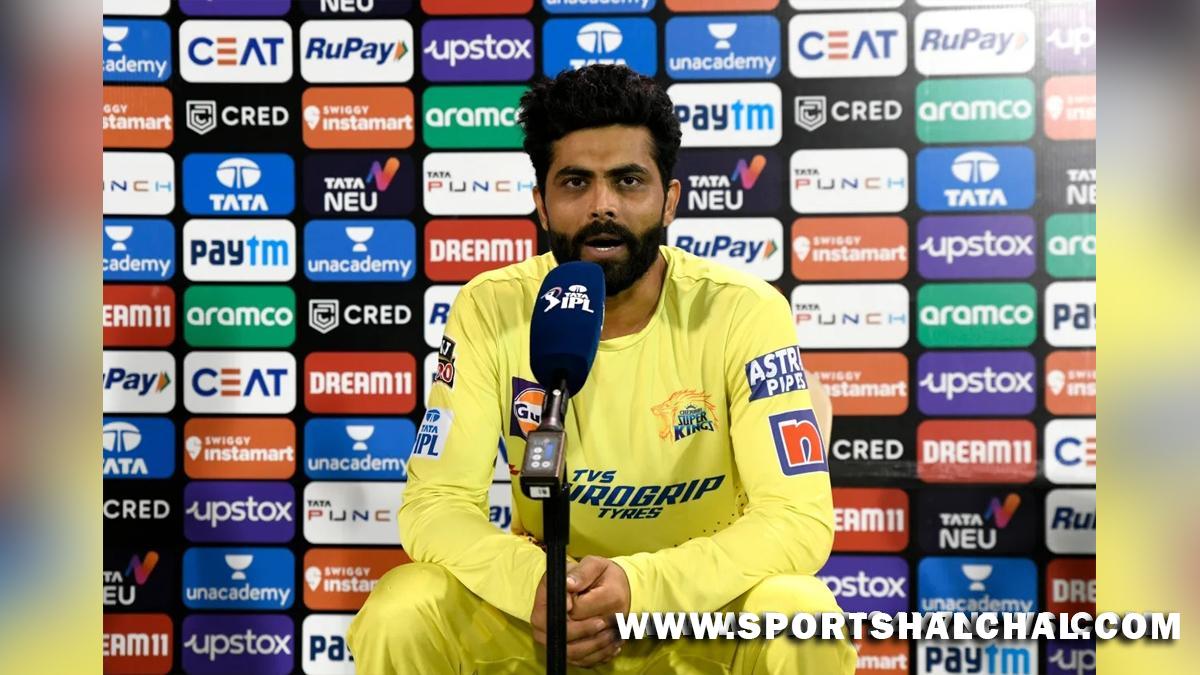 IPL 2022: Waiting for that one win which will put CSK on the right track : Ravindra Jadeja

Mumbai : Chennai Super Kings (CSK) skipper, all-rounder Ravindra Jadeja, attributed the 54-run defeat to Punjab Kings at Brabourne on Sunday to the inability to gain “momentum” from the first ball onwards, adding that just one win would put his side on track in IPL 2022. Liam Livingstone’s 60 off just 32 balls propelled PBKS to 180 in 20 overs, following which their bowlers, especially Rahul Chahar (3/25) and Livingstone (2/25), restricted the defending champions to 126 to secure a 54-run victory. This was CSK’s third loss in as many matches under new captain Jadeja in this edition of the IPL. The all-rounder himself was off-colour going for a duck and taking just one wicket in his four overs. “In T20 cricket it’s a matter of one match. If you win one match the momentum comes your way. One win will put us on the right track and give us the rhythm because all our players are so experienced that you don’t need to tell anyone anything because everyone knows their game.

We are working hard towards that,” said Jadeja after the match. He added that it was important to back the back the players as they were all match-winners. “We have 4-5 Indian fast bowlers. We are looking to back them. You can’t judge players in 1-2 matches so we have to back them. I think we didn’t get the momentum from ball one, which we were looking for. It happens in T20 cricket. You lose early wickets and can’t find the rhythm. You find it difficult.” Barbadian right-arm fast bowler Chris Jordan, who had a special debut for CSK with figures of 2/23, said, “It was an honour and pleasure to take a few in yellow alongside a few legends of the game like MS Dhoni, DJ Bravo, Jaddu (Jadeja). To put on that yellow jersey and that yellow colour is special. “Disappointed we couldn’t get over the line for the fans. Wherever we go in the country, the support is immense. Just a shame that we couldn’t get a win for them tonight. All in all, very pleased to have made my debut for such a great franchise. It’s about performing and helping the team get to winning ways now.”