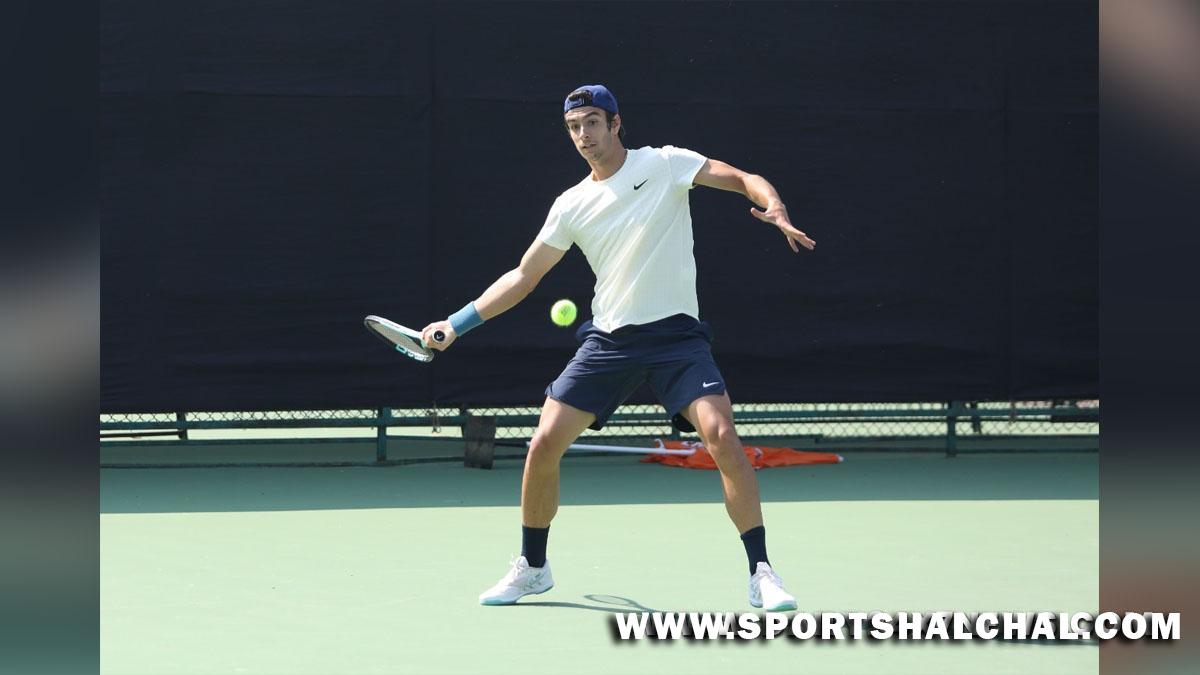 Mumbai : Ever since world No. 2 Daniil Medvedev’s outburst against the chair umpire, complaining about his opponent Stefanos Tsitsipas’ father giving on-court coaching to his son during the Australian Open semifinal, there has been a debate over whether the practice should be made legal.Medvedev, who went on to defeat Tsitsipas to secure a title showdown with Rafael Nadal, was fined USD 12,000 for visible obscenity and unsportsmanlike conduct after the match.Italian tennis player Lorenzo Musetti, who is in Mumbai to take part in the Tata Open Maharashtra, said that mid-match coaching is good and it should be allowed. The world No. 60 added that feedback during matches helps players, and hence should be adopted like in other sports.

“It’s really good to have feedback during the match. So I think it is good for players and could be a good idea for the future,” said the 19-year-old. “Coaching is very useful during the match, it exists in other sports as well, so I hope it will be introduced soon on the tour,” said Musetti.Medvedev repeatedly shouted, “Are you mad? Are you mad?” at the chair umpire and vehemently appealed to him to stop Tsitsipas’ father from giving instructions from the sidelines.Musetti lost to world No. 42 Alex De Minaur of Australia 3-6, 6-3, 6-0, 6-3 in the first round of the Australian Open, but the Italian teenager said that he is confident 2022 would be a great year for him.Getting an opening round bye at the Tata Open Maharashtra, Musetti said his goal is to get more experience this year. “My goal is to get experience in the coming days. I will try my best to become a more accomplished player and play some good tennis,” he said.

On the resurgence of Italian players, namely Jannik Sinner, Matteo Berrettini and himself, Musetti said, “We now have several players in the top-100 and everyone is playing in a different way. There’s camaraderie amongst us. Everyone wears the same clothes, and we feel like we’re part of the same team. We all are learning from each other. Perhaps this could be the reason for our resurgence.”We spend time together, on and off the court we share a very good bond. Our equation is top-class and that is the reason we make a great team in Davis Cup,” he said.Asked about his elegant dressing sense, which many say is inspired by Roger Federer, Musetti said, “I like to be in good shape, not just play tennis, but have space with everything. I like to dress a little bit differently. A lot of brands like my style, my character, so I think I am good there.”

I have always worked hard and will continue to do so : Hardik Pandya