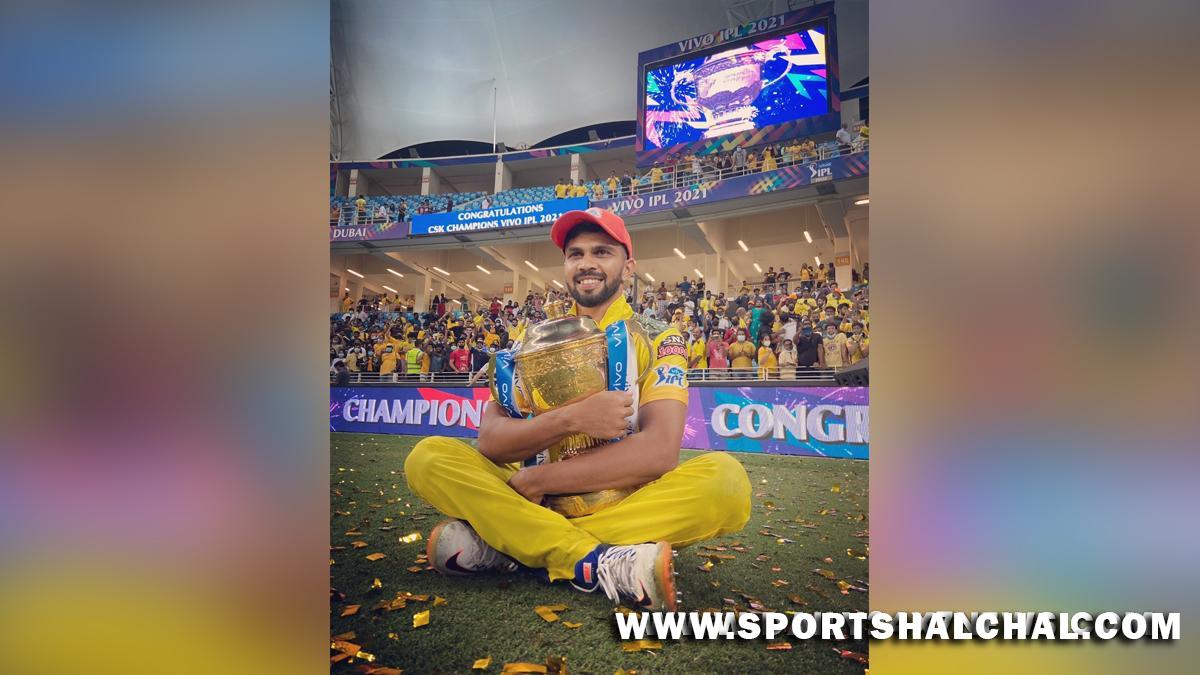 Mumbai : Chennai Super Kings captain Ravindra Jadeja urged his team-mates to back opener Ruturaj Gaikwad the hero of the defending champions’ previous edition’s campaign in the IPL, saying everyone need to give the 25-year-old batter “good confidence”. Gaikwad was the highest run-getter in CSK’s winning campaign last year, scoring a mind-boggling 635 runs in 16 matches. He beat then-CSK team-mate Faf du Plessis by just two runs to wear the orange cap in 2021. However, Gaikwad was out for just one run in the 180-run chase against Punjab Kings at Brabourne on Sunday night, with CSK losing their third consecutive IPL 2022 match by 54 runs. Against newbies Lucknow Super Giants too he scored a single on March 31, while in the opening match of the IPL against Kolkata Knight Riders at Wankhede, Gaikwad was out for a duck.

However, Jadeja, who himself was out for a duck on Sunday, said that Gaikwad needed the support of his team. “I think we lost too many wickets in the powerplay. We didn’t find momentum from Ball 1. We have to come back stronger. We need to give Ruturaj good confidence, we need to back him. We know he is a very good player. He will come good,” opined Jadeja. On Shivam Dube, whose 30-ball 57 went in vain as the defending champions could only manage 126 in their chase, Jadeja said that, “Dube is batting so well. He was also batting well today. Keeping him in good frame of mind will be key. Definitely we will try and come back stronger and work hard.” Dube walked in with the score on 23/ 4 and counter attacked, including hitting South African pacer Kagiso Rabada for two straight sixes. He reached his fifty off 26 balls his first half-century for the Super Kings. Chennai Super Kings face Sunrisers Hyderabad next on April 9 at the DY Patil stadium in Mumbai.