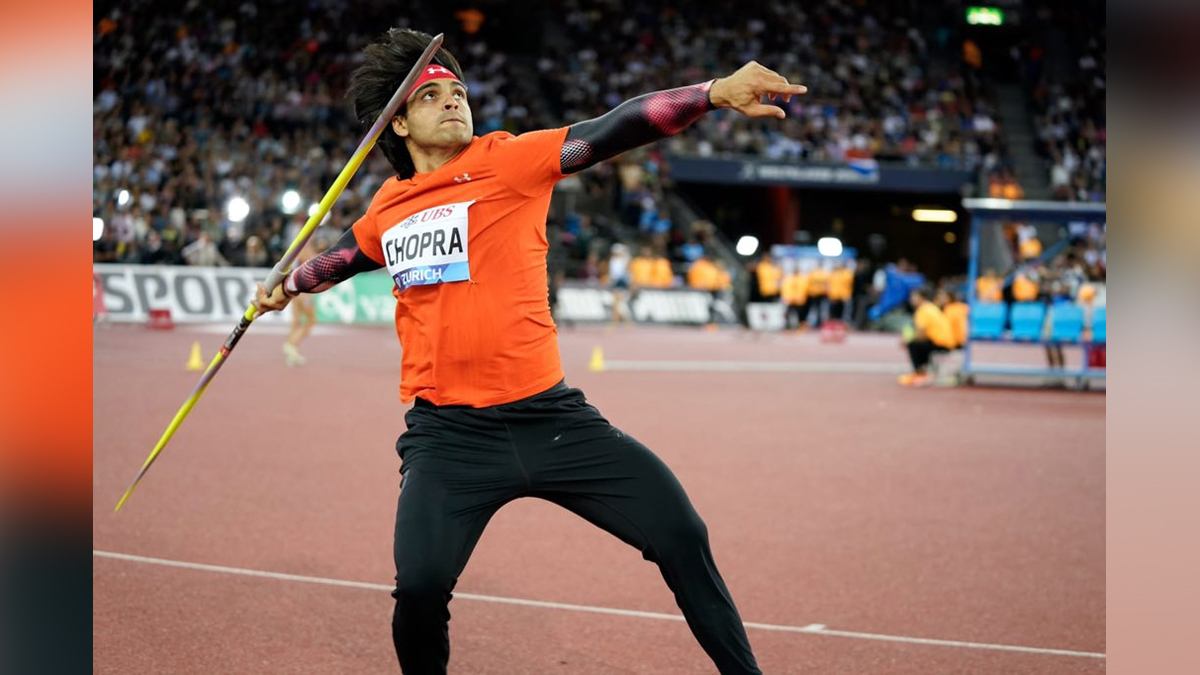 Neeraj Chopra to skip National Games in Gujarat, to prepare for mega events next season

Mumbai : Olympic gold medallist Neeraj Chopra will not participate in the upcoming 36th National Games in Gujarat to be held later this month as he wants to rest and recover from the exertions of the season and prepare for mega events in 2023.

The National Games will take place between September 27 and October 10 in six cities Gandhinagar, Ahmedabad, Surat, Vadodara, Rajkot and Bhavnagar in Gujarat. Around 8000 sportspersons from all 28 States and eight Union Territories are expected to compete in 36 sports.

I would have participated in the Asian Games around this time but that were postponed. So, my season ends with the Zurich event. The dates for the National Games were announced recently. I have consulted with my coach and he advised me to skip it to rest and prepare for a crucial season next year,” Chopra told a virtual press conference from Zurich organised by the Athletics Federation of India (AFI) following his triumph in Zurich.

Though the international season that ended on Thursday was quite successful and satisfactory for Chopra, the 24-year-old who also won a silver medal in the World Championships in Oregon, USA, had suffered a minor injury because of which he had to pull out of the Commonwealth Games in Birmingham.

He was troubled by a groin injury last season.So, his anxiety about extending the season for a domestic event seems understandable. Chopra wants to rest and prepare for the next season which has the World Championship 2023, to be held from 19 August to 27 August 2023 in Budapest, Hungary and the Asian Games in Hangzhou, China, in September.

The qualification programme for Paris 2024 will also start next year and building good momentum in the run-up to the Olympics is always a good thing.”Rest and recreation are also very important for an athlete, we can’t only think about competitions and medals. The body suffers a lot of wear and tear and fatigue during a season and proper rest during the reason and a good off-season is very necessary,” said Chopra.

We know how important KL Rahul is to our T20 World Cup plans : Virat Kohli