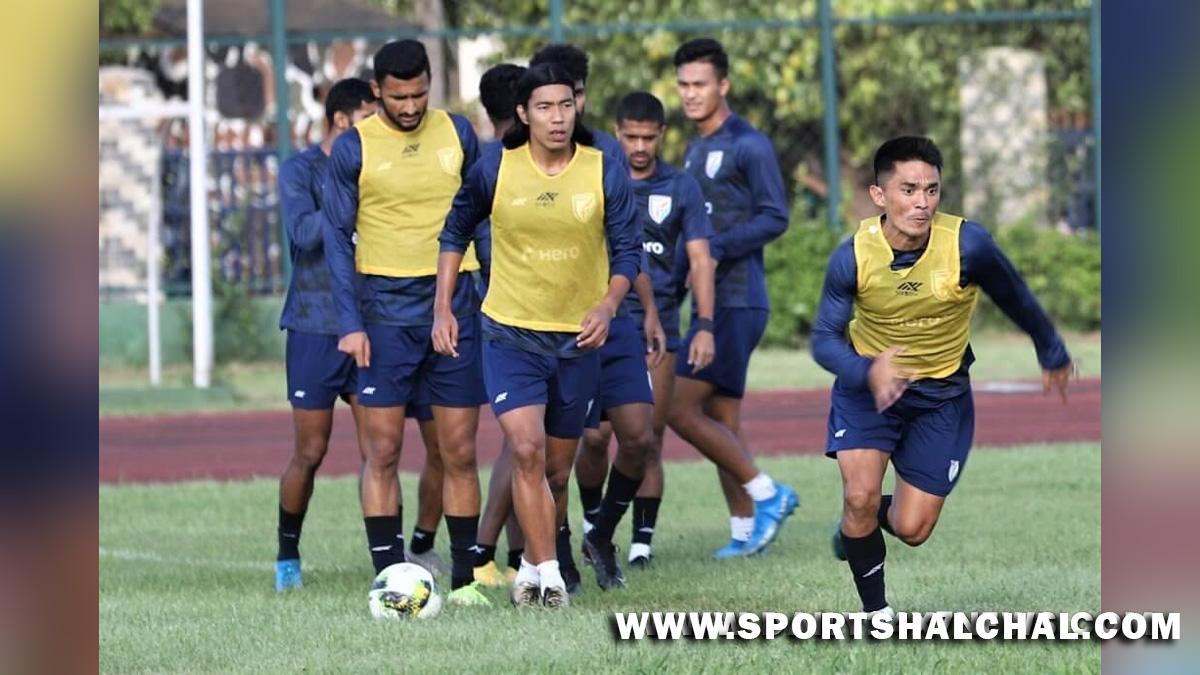 New Delhi : Veteran India football striker and captain Sunil Chhetri has been ruled out of the two international friendlies against Bahrain and Belarus in Manama later this month as he is suffering from “a few injuries” that need “time to heal”.The All India Football Federation (AIFF) had recently announced a 38-member list of probables for the preparatory camp scheduled to kick off in Pune on March 11. India will play Bahrain on March 23, while they will take on Belarus on March 26.”I was really looking forward to the two friendlies against Bahrain and Belarus and it’s a shame I’ll be missing out. It’s been a long, tough season and I’ve suffered a few small injuries that need time to heal. I will be doing all I can to recover in time for the predatory camp in May,” Chhetri told AIFF.

“The potential this squad possesses is immense, and a lot of the lads are riding high on confidence on the back of good performances in the League (ISL and I-League) season. I’m certain we’ll put our best foot forward. I’m wishing the team all the luck,” said the 37-year-old Chhetri.The players along with head coach Igor Stimac and support staff will assemble in Pune on March 10. Those players whose clubs would be playing in the semifinals of the Indian Super League (ISL) will join the camp as and when their club commitments end.The contingent will fly to Bahrain on March 21.