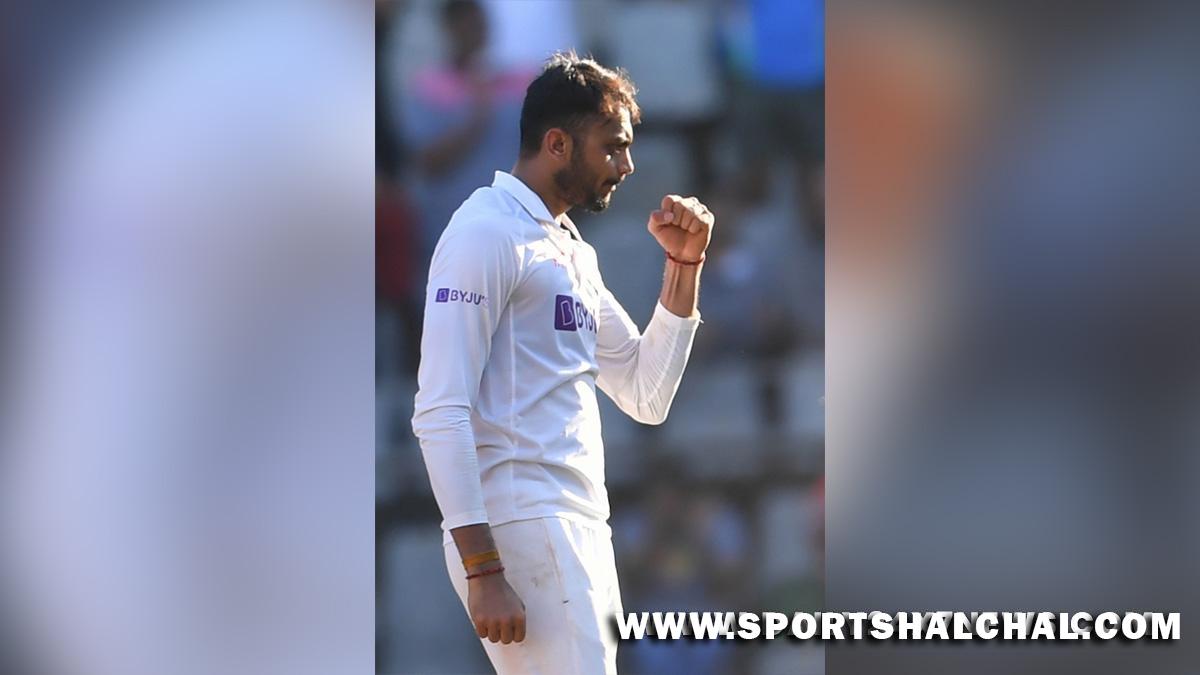 New Delhi : Indian all-rounder Axar Patel is all set to feature in the second Test against Sri Lanka, which is set to begin on March 12 in Bengaluru.As per espncricinfo report, the left-arm orthodox spinner, who was recovering from an injury as well Covid-19, has replaced the left-arm wristspinner Kuldeep Yadav, who has been released from the squad.Earlier, the BCCI’s statement, announcing the squad for the first Test, had mentioned that Axar’s fitness would be “assessed later to ascertain his selection for the second Test”.”Axar is likely to slot straight into the XI in Jayant’s place if India persist with a three-spinner attack, given his outstanding record over his first five Tests, in which he has picked up 36 wickets at an average of 11.86.

“The fact that the Bengaluru match is a day-night Test involving the pink SG ball will strengthen Axar’s case for selection; in India’s last day-night Test in Ahmedabad last year, he picked up match figures of 11 for 70 to help blow England away in just two days and pick up the Player-of-the-Match award,” the report said.Kuldeep did not feature in the first Test in Mohali, with India preferring Jayant Yadav as their third spinner. Jayant went wicketless in both innings, while his spin partners R Ashwin and Ravindra Jadeja dominated the match with a combined 15 wickets.