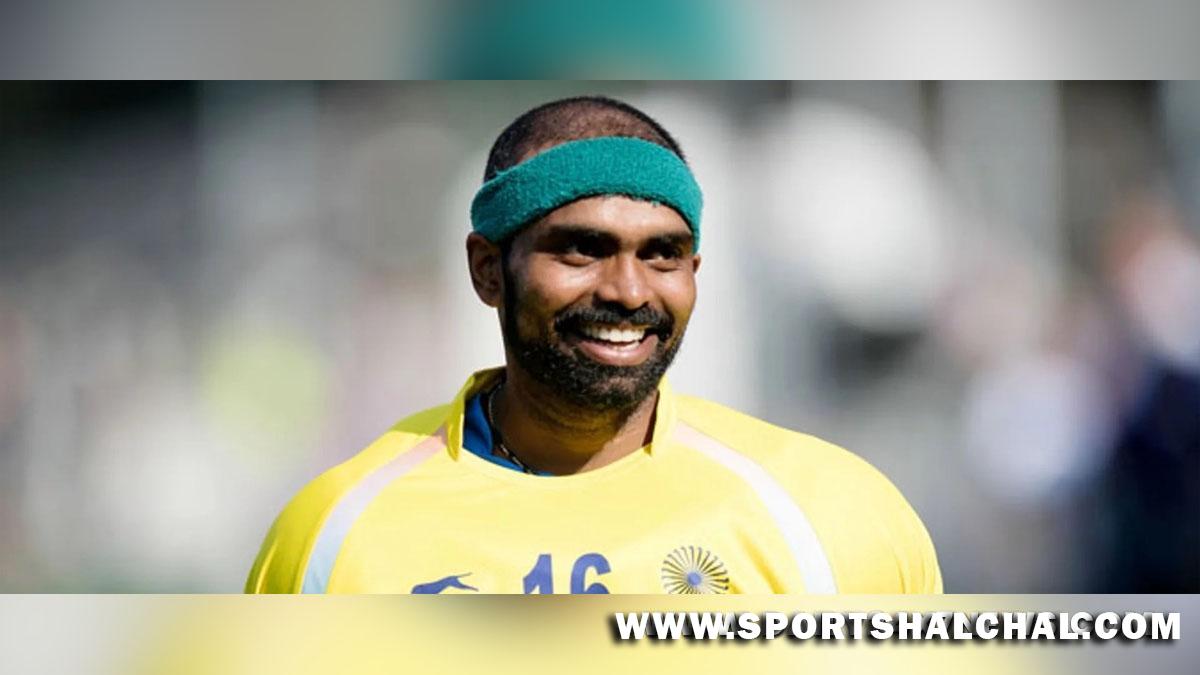 New Delhi : Recalling the iconic moment from the Tokyo 2020 Olympic Games, veteran Indian goalkeeper PR Sreejesh has said that he became emotional and thought about his 21-year-long journey after making a last-ditch save against Germany in the bronze medal playoff to secure the country’s first Olympic medal in hockey in 41 years.The 33-year-old, who recently won the World Games Athlete of the Year 2021 Award, formed an important part of the bronze-medal winning Indian team. He made a vital save in the thrilling final moments of the match against Germany, ensuring India’s podium finish at Tokyo Olympics.Recently, in his appearance on the ‘Hockey Te Charcha’ podcast, the goalkeeper reflected on the highs and lows of his International career and also spoke about the Olympics.”My first thought when we conceded the penalty corner with six seconds of the game remaining was like any other hockey fan; I was really disappointed because we knew Germany was capable of turning the game around in the dying moments.

“We had conceded many times in the past in the last seconds of the game and all those painful memories flashed in my mind. However, I knew I had to focus on the moment and I then began to assign everyone their duties, because it becomes hard to focus on one’s responsibilities in such a pressure situation,” Sreejesh was quoted in a release as saying.”After making that save in the end and winning the match, I became emotional as I thought about the incredible 21-year-long journey I had since I began playing hockey at the GV Raja Sports School,” he added.Sreejesh also spoke about his battle with an ACL injury setback that threatened to bring his career to an early end in 2017.”Dealing with that injury was the toughest situation for me because I was at the peak of my career at that point. I was the captain of the Indian team and I had been performing well and people had just begun to recognise me,” he said.

“Hockey was the most important thing in my life at the time and everything else was secondary. Then after getting injured and seeing India continue to play well in my absence, I felt like people started to forget about me. That was a very difficult period for me, but I gained a lot of perspective and maturity from that experience which eventually helped me to make my way back into the Indian team,” he added.After making a comeback into the national team, Sreejesh was under severe scrutiny from his critics during the World Cup in 2018. He thanks Netherlands goalkeeper Jaap Stockmann for helping him during that phase.”Age is a very sensitive subject for any athlete in India. Due to my age and my previous injury, people had begun to write me off and were critical of every aspect of my performance. It was particularly bad during the World Cup in 2018 when there were a lot of talks in the public of replacing me in the team,” the goalkeeper said.”Even my father’s health had deteriorated at the time, so overall it was very difficult for me and I had thoughts of retiring at the time. I am very grateful to Netherlands goalkeeper Jaap Stockmann, who helped me overcome that situation with his advice,” he added.