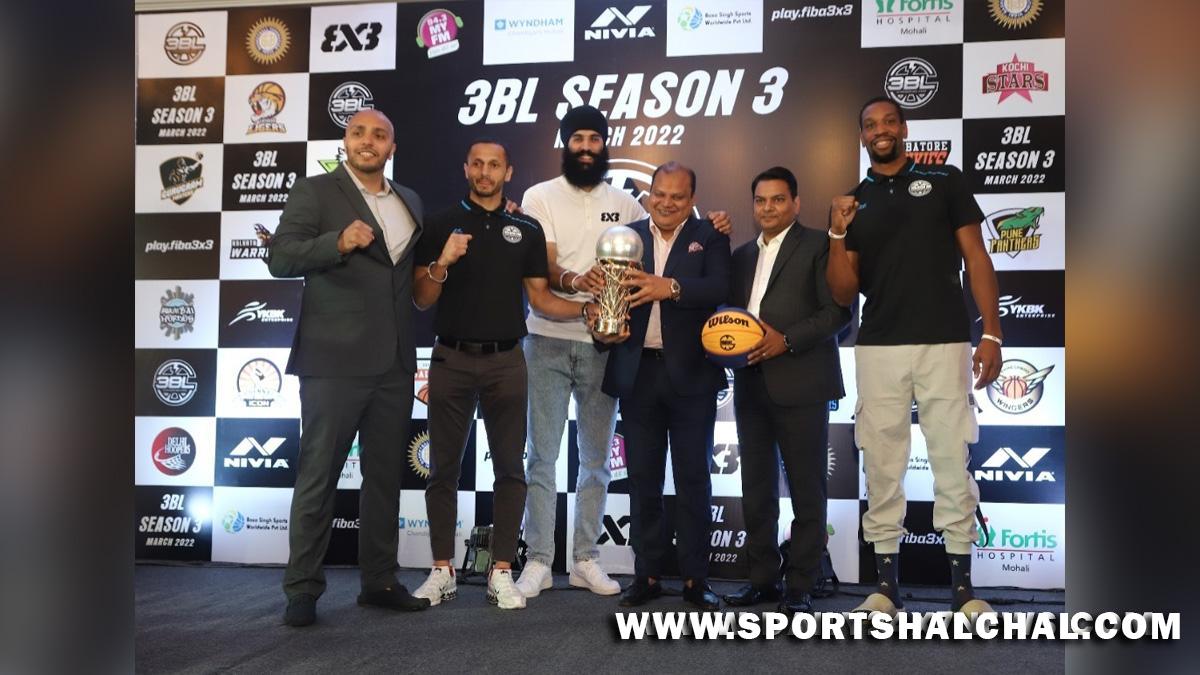 New Delhi : Indian men’s 3×3 basketball rankings have shown a spectacular jump from 70th to 16th, thanks to the recently concluded third season of the Basketball Federation of India (BFI) and International Basketball Federation (FIBA) backed 3×3 Pro Basketball League (3BL).3BL Season 3 was held in Chandigarh from March 8 to 21 and saw participation from leading national and international men’s and women’s 3×3 Basketball players.Top Indian men’s and women’s team stars from across the country including Vishesh Bhriguvanshi (Arjuna Awardee and captain of the men’s national team), Anitha Pauldurai (Padma Shri), Geethu Anna Rahul (Arjuna Awardee), Raspreet Sidhu, Amritpal Singh, Palpreet Singh (ex-NBA player), Princepal Singh (ex-NBA player) and Stephy Nixon, to name just a few, were seen in action across 18 total franchises (12 men’s and 6 women’s).”We are pleased to confirm that India men now has ranked of 16th in the World, ahead of Asian powerhouses like China, Iran and Philippines and even Australia, which competes in the Asian circuit,” the organizers of 3BL, Prerna Sharma said in a press conference on Sunday.

“I would like to congratulate India’s men’s basketball players, because besides being among the top 20 in the world, our men’s 3×3 ranking is also second best across the whole of Asia, behind only Mongolia,” 3BL Commissioner Rohit Bakshi said.”We need to maintain men and women’s FIBA 3×3 World ranking and improve to be under 4th in the world rankings by the 31stOctober 2023 to ensure both our men and women’s teams qualify to the 2024 Paris Olympics,” he added.Going by the qualification criteria at the 2020 Tokyo Olympics, only 8 teams per gender compete at the 3×3 event in the Olympics. The top four ranked teams (as per the FIBA 3×3 Federations’ Ranking) get direct entry, while the next 16 ranked teams play in an Olympic Qualifying Tournament.In other words, as per today’s FIBA 3×3 men’s rankings, the Indian team would be eligible to participate in the Olympic Qualifying Tournament, by virtue of being the 16 ranked team in the World.