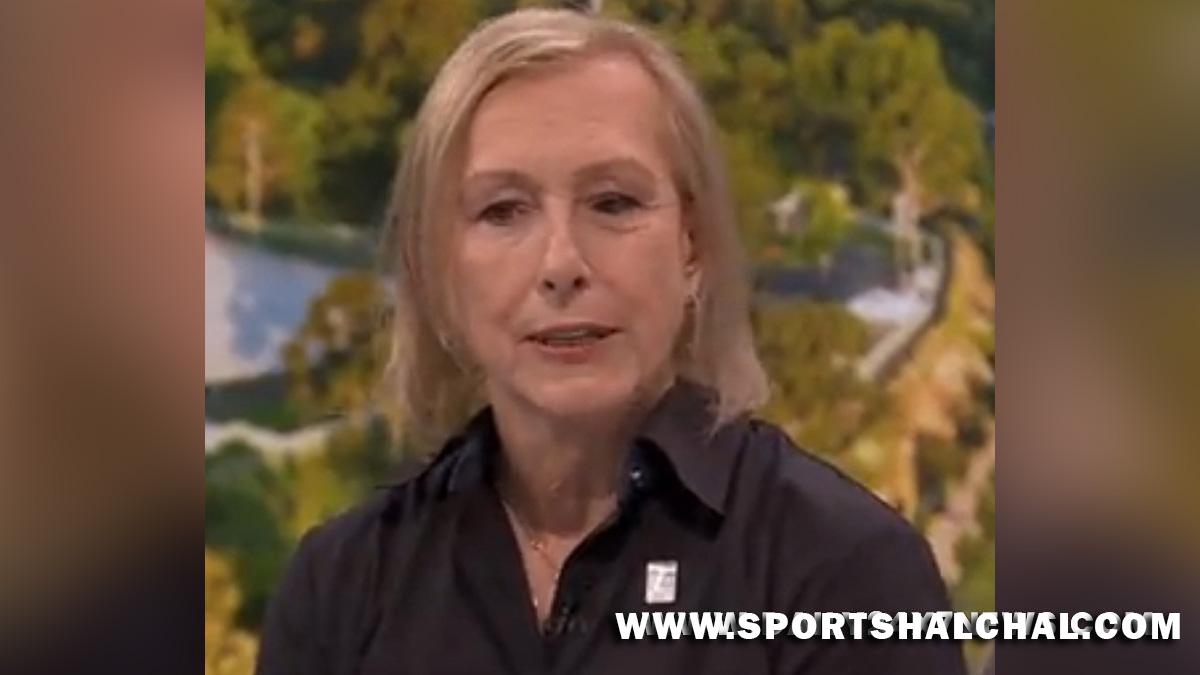 New Delhi : Retired tennis star Martina Navratilova has blasted a decision by Australian Open organisers to ban T-shirts supporting Chinese player Peng Shuai, BBC reported.Security staff had on Friday asked spectators trying to enter the grounds to remove T-shirts saying “Where is Peng Shuai?”.Peng disappeared for weeks after accusing a top Chinese official of sexual misconduct in November.She has since re-appeared, but many remain concerned about her wellbeing, the report said.Tennis Australia, the organising body behind the Australian Open, said Peng Shuai’s safety remained their “primary concern”, but defended their decision to confiscate the T-shirt and banner in a statement.

“Under our ticket conditions of entry, we don’t allow clothing, banners or signs that are commercial or political,” it said.In a tweet, former world female number one tennis player Navratilova called the decision “pathetic”.French tennis player Nicolas Mahut also chimed in on the incident, suggesting that organisers were bowing to pressure from major corporate Chinese sponsors, the report said.Chinese premium liquor company Luzhou Laojiao and mattress firm DeRucci are listed as two of the leading partners.”What’s going on!? What lack of courage! What if you did not have Chinese sponsors?”, Mahut tweeted.Australia researcher for Human Rights Watch Sophie McNeill called Tennis Australia’s decision “not cool,” and urged other tennis players in the tournament to bring attention to Peng Shuai, BBC reported.