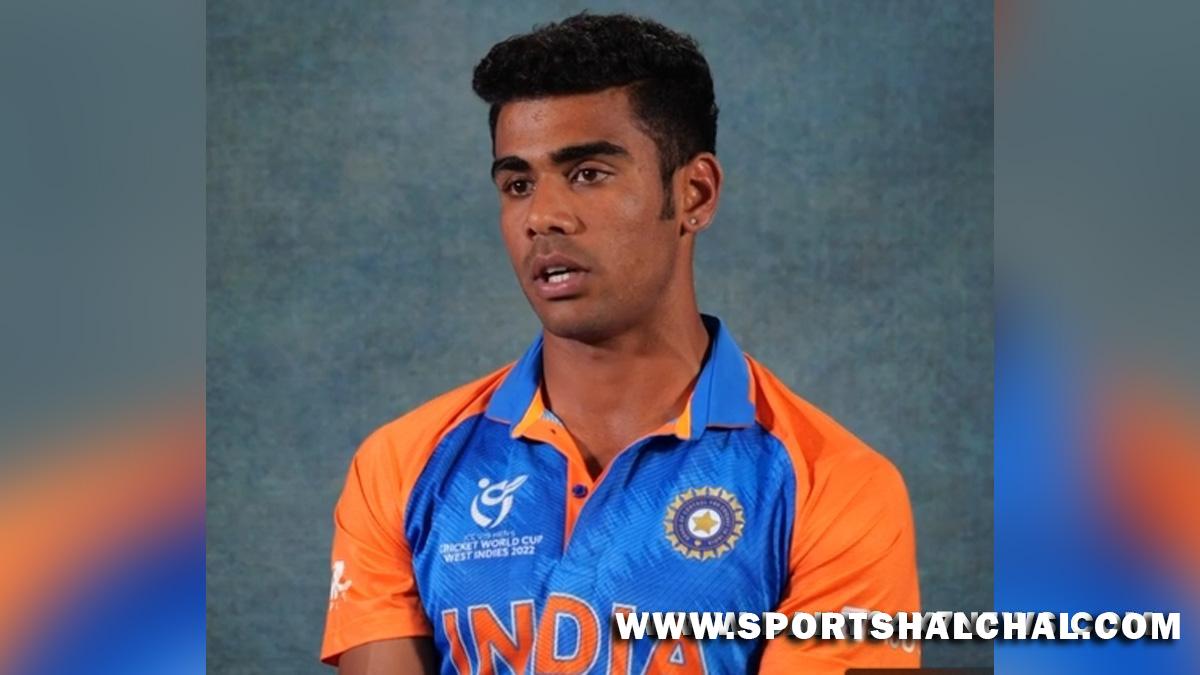 New Delhi : India Under 19 World Cup-winning fast bowler Rajvardhan Hangargekar has revealed that his late father used to admire former captain MS Dhoni and always wanted him to play for Chennai Super Kings, adding that he is delighted after getting picked by the four-time IPL champions in the mega auction.The young pacer from Maharashtra had lost his father due to Covid-19 in 2020 but he got over the grief and impressed everyone with his all-round skills in the Under 19 World Cup in the West Indies.Hangargekar got the reward of his hardwork and splendid performance at the auction table as Mumbai Indians and Chennai Super Kings entered a bidding war for him. Eventually, he was bought by CSK for Rs 1.5 crore at the IPL 2022 mega auction on Sunday.”I have always been a die-hard fan of MS Dhoni, my father used to like CSK a lot, he really loved Dhoni and he always wanted me to play for CSK.

I am really happy to play with his franchise,” he said in a video posted on the IPL website.”Everyone wants to play in the IPL, by the time my name came up in the auction, that was the amount I got excited about. When MI and CSK were fighting it out for me in the auction, that was a great moment for me,” he added.The pacer also mentioned that he is looking forward to learning from the CSK skipper Dhoni in the cash-rich league.”When it comes to skills, I can learn from anyone. But he (MS Dhoni) can teach me about the mindset, I will not be excited but I will calm myself down and I will ask him about things because this chance won’t come that often,” said Hangargekar.”My mindset is to play like West Indies cricketers, I like to bowl fast and I like to hit big sixes. I have been working on my strength, I just want to watch the ball and hit it beyond the boundary,” he added.