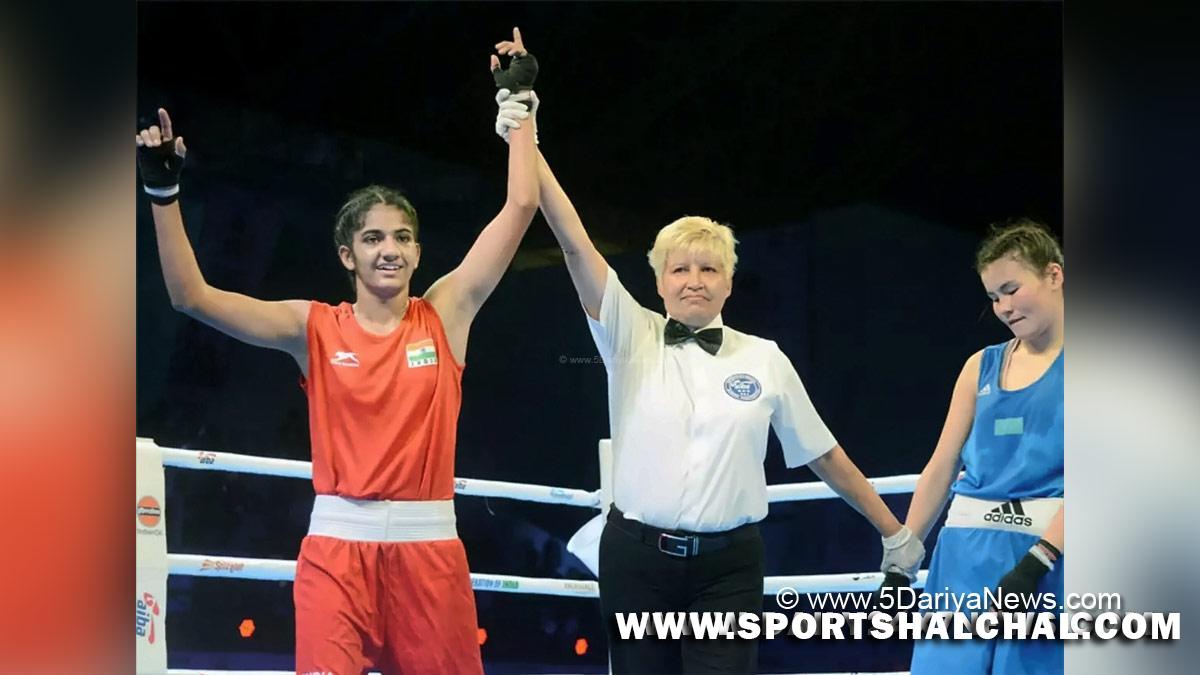 New Delhi : Indian boxers Nitu and Anamika progressed to the quarter-finals after registering comprehensive victories on the second day of the 73rd Strandja Memorial Boxing Tournament in Sofia, Bulgaria.Nitu began the day’s proceedings brilliantly against the Russian boxer Iuliia Chumgalakova and exhibited a skillful display to secure a dominating win by a unanimous margin in the 48kg opener on Monday night.Next in action, Anamika, too, looked in good touch during her 50kg preliminary bout as she defeated the local favourite Zlatislava Chukanova 4-1.Nitu and Anamika will now take on Italy’s Roberta Bonatti and Algeria’s Roumaysa Boualem respectively in their last-eight contests.

Meanwhile, two other Indian boxers, Akash Sangwan and Shiksha, exited the event following identical 0-5 defeats in their respective matches. While Sangwan lost to German pugilist Daniel Krotter in the men’s 67kg second round, Shiksha came up short against the reigning Asian champion Dina Zholaman of Kazakhstan in the women’s 54kg opening round bout.The current youth world champion Arundhati Choudhary alongside national champion Rohit Mor and six other Indian boxers will begin their campaigns on Tuesday night at Europe’s oldest international boxing tournament which has been witnessing thrilling action in presence of over 450 boxers from 36 countries, including strong boxing nations such as Kazakhstan, Italy, Russia and France.A 17-member Indian contingent, including seven men and 10 women, is participating in the tournament which is also the first exposure trip for Indian boxers this year.The prestigious tournament will end on February 27.

India to leave for Australia on October 6, have a preparatory camp before T20 World…