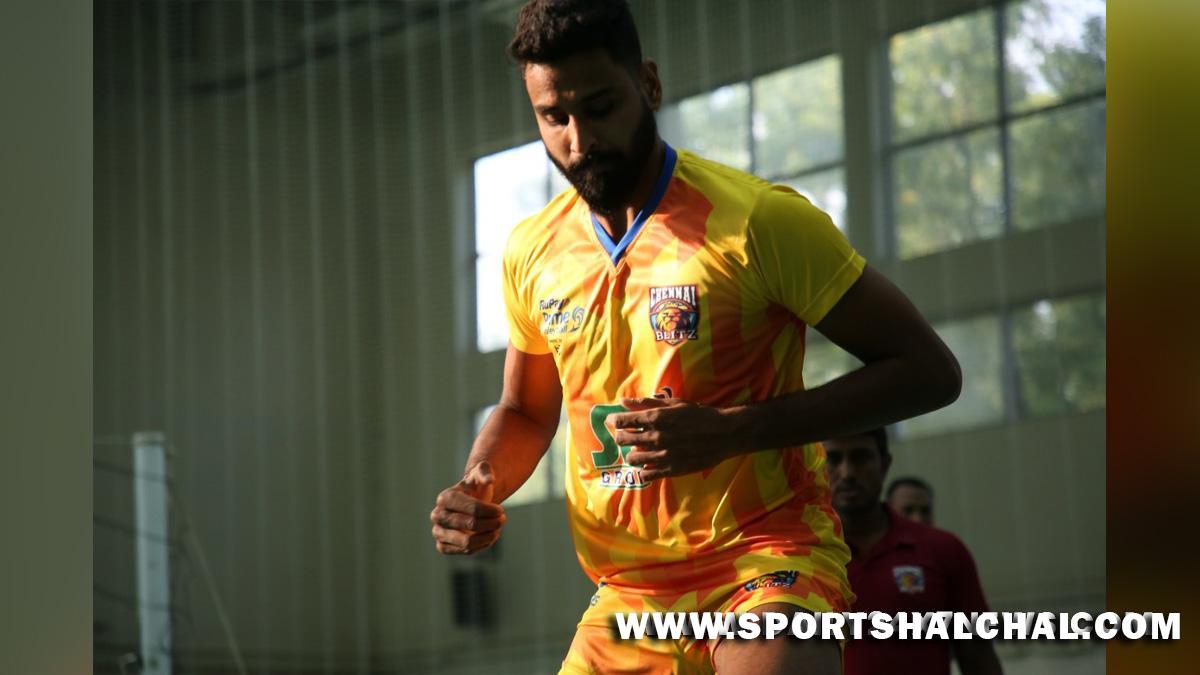 New Delhi : Akhin GS, an established volleyball player from Thiruvananthapuram, believes that the Prime Volleyball League will provide a fantastic platform to the younger talent in the league to showcase their skills.The 30-year-old also feels that more youngsters will be motivated to take up the sport of volleyball after watching some of the world’s top talent in action at the League, which begins on February 5 in Hyderabad.”The RuPay Prime Volleyball League is a golden opportunity for a player like me. Many young players will be motivated to take up the sport after watching senior players in the league. There are many young talents across India and they will have a chance to come into the limelight through the tournament.”It also an exposure for the youngsters where they go toe to toe with some of the world’s best talent. The Prime Volleyball League will also help raise awareness about the sport in the smaller districts in India,” said the volleyball player, who will feature in the Chennai Blitz side.

Speaking about the make-up of the Chennai Blitz squad, Head Coach Chander Singh said, “We have a lot of experienced players such as Ukkrapandian Mohan (Setter), Naveen Raja Jacob (Attacker), Akhin GS (Middle Blocker), GR Vaishnav (Middle Blocker) and Kanagaraj (Libero). We also have a good group of young players in our team. I feel that the Prime Volleyball League will motivate the young generation to take up the sport of volleyball.”The Chennai Blitz head coach also spoke about the team’s preparations for the league.”Our preparations are going on well for the Prime Volleyball League. All the players are completely fit for the competition. We are focusing on the tactical side of the sport during our training in Chennai, we are working out different strategies. We are concentrating more on how the team will play as a collective unit,” said Chander Singh.Asked about how he came across the sport of volleyball, Akhin said, “I started playing volleyball in college in 2007-08, I was 19 years old at the time, I used to play cricket earlier. A club volleyball player called Mr. Fari was the one who motivated me to play volleyball. One day he met me on the road and since I had a good height, he asked me to start playing volleyball.

Thereafter, I started playing for the club that Fari was playing for, that’s how I started playing Volleyball.”The Middle Blocker, who also works for Bharat Petroleum Corporation Limited in Kochi, further added, “The volleyball set-up in our college wasn’t very good so I was looking for a place to hone my skills. Then I met GE Sridharan (former India player and coach) and trained under him for a few years. After learning the technical aspects of the game with Sridharan sir, I played my first Senior Nationals for Tamil Nadu in 2013. I moved into the Kerala state team in 2014. Then I joined Bharat Petroleum Corporation Limited in Kochi in 2015.”Akhin also spoke about his biggest achievement in volleyball and his family background.”I was part of the gold medal-winning Indian team at the South Asian Games 2019. That has been my biggest achievement with the Indian team. My father is retired now, he used to work for a private company in Dubai. My elder brother is currently working for a private company in Dubai. I saw every hurdle in my life as an opportunity to succeed. Playing for India has been my number one goal and I have never worried about any difficulties,” signed off the volleyball player.