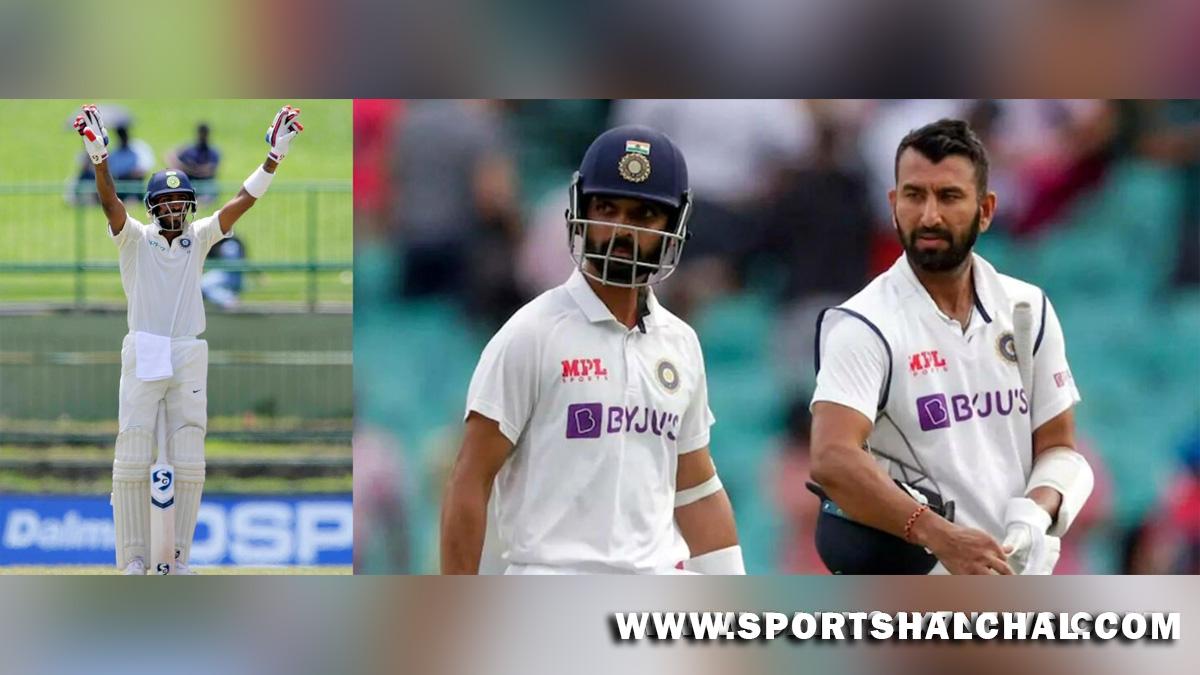 New Delhi : The experienced duo of Cheteshwar Pujara and Ajinkya Rahane, who are under the scanner in Test cricket for the last couple of years, are set to play the upcoming Ranji Trophy after being named in Saurashtra and Mumbai squads, respectively.Pujara has been named in Saurashtra’s squad, which will be led by Jaydev Unadkat and Rahane is a part of Mumbai’s squad to be led by Prithvi Shaw.The senior pros have been under scrutiny because of the lack of big scores of late. Rahane last scored a century in December 2020, against Australia in Melbourne. Since then, the 33-year-old has averaged only 20.25 to score 547 runs in 27 innings, with three half-centuries and a high score of 67.In this period, his average has dipped from over 43 to under 39. Rahane last played the Ranji Trophy in 2019-20 when Mumbai won only one of their eight league games and failed to make the knockouts.

On the other hand, Pujara also last scored a hundred against Australia but over three years ago in Sydney. Since his last century, he has averaged 27.38, while scoring 1287 runs in 48 innings with a high score of 91 against England.His career average, in this period, has fallen from nearly 47 to 44.25. Pujara last played the Ranji Trophy in the 2019-20 final when his patient and gritty 66 helped Saurashtra win the game on account of taking a first-innings lead against Bengal to win the title.Defending champions Saurashtra and the 41-time Ranji champions Mumbai are placed together in Group D, along with Odisha and Goa, and will play their league matches in Ahmedabad.The selectors will keep an eye on both batters getting back to domestic cricket ahead of India’s next Test series, against Sri Lanka starting February 25.The Ranji Trophy was not played last season because of the Covid-19 pandemic.