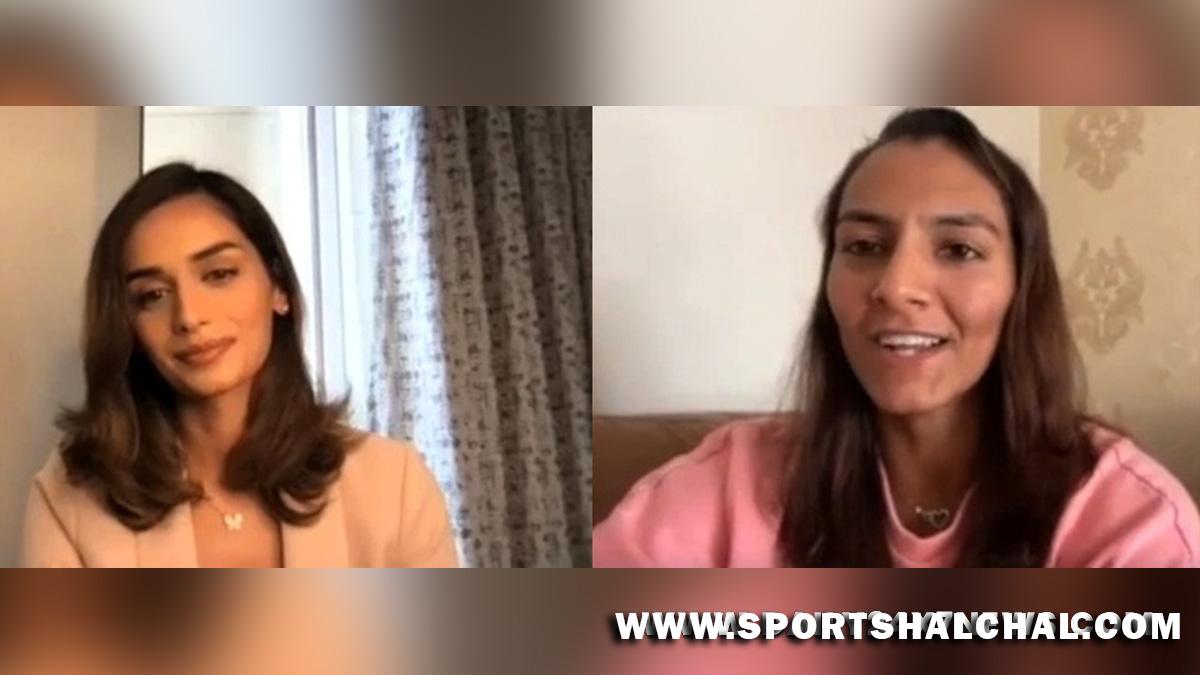 New Delhi : Star Indian wrestler Geeta Phogat, whose story inspired the Aamir Khan-starrer ‘Dangal’, says young people today believe in short cuts because they do not have patience, which is not a good thing because one needs to wait and work hard to achieve something big in life.Phogat said this on former Miss World Manushi Chhillar’s new social media-based chat show ‘Limitless’. Chhillar will be making her screen debut opposite Akshay Kumar in the now-delayed ‘Prithviraj’. The wrestler was Chhillar’s first celebrity guest.Chhillar, who is also from Haryana like Phogat, shared the video on her Instagram handle with the caption: “Every girl child has limitless potential to shine bright. Growing up and even now, I have been in awe of so many she-roes who are working incessantly to break the glass ceiling.”The freestyle grappler won India’s first-ever gold medal in women’s wrestling at the 2010 Commonwealth Games in New Delhi, beating Emily Bensted from Australia in the final.
Phogat was the country’s best woman wrestler in her weight category (55kg) before the 2016 Rio Olympics.

But then she got married and childbirth kept her out of the wrestling arena for a long time.She made a comeback with a silver medal in the national championship last year and now she is focusing on upcoming Commonwealth Games in Birmingham and the Asiad in Hangzhou, China.In her conversation with Phogat, Chhillar said that they hail from the same state and hailed the wrestler’s contributions towards making women aware that they are capable of achieving wonderful things.She said that Phogat had changed the discourse on women’s rights in Haryana and the country.Addressing young people, Phogat said: “Nowadays, young people believe in short cuts, they want results in a short time, which is not great as one needs to wait and work hard to achieve something big.” She asked people to not believe in short cuts and instead work hard for their goals.

Chhillar then asked the wrestler about the difficulties she faced post-pregnancy, to which she answered that a two-year break was mandatory for the baby and it was a joyful experience for her.”But I had to work harder to shed the weight I had gained when I was pregnant. And I still won a silver medal in the National Championship that was held in November. I am happy that this is my first medal after a long break,” Phogat said.Where do you keep your medals? Do you have a cupboard for them, asked Chhillar. To this, Phogat said that all her medals are with her father, Mahavir Singh, in their village.”Papa keeps them with himself in the village,” Phogat said and added with a smile: “And we (my other three sisters are also married now) do not have the power to take our medals from him and keep them with us in our homes.”Phogat’s parting message was that girls are not in any way less capable than boys. They just need to believe in themselves and have a vast amount of confidence to be able to achieve whatever they wish to.