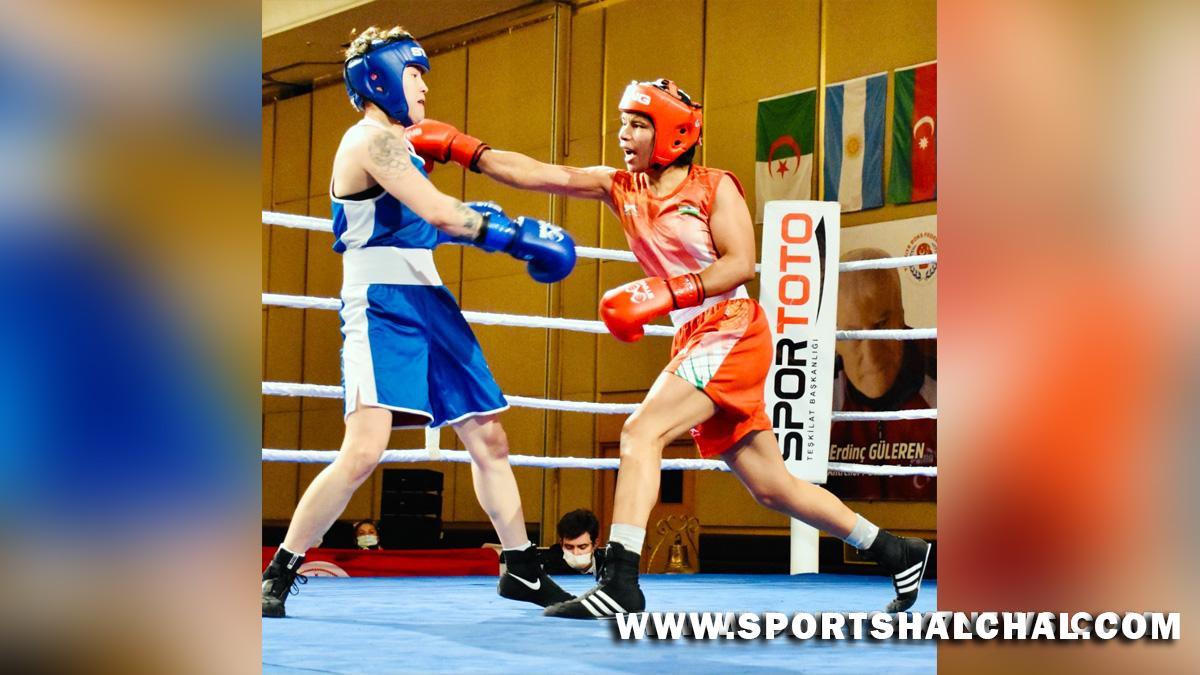 New Delhi : India’s Nikhat Zareen and Nitu continued their rampaging form to progress into the finals at the 73rd Strandja Memorial Boxing Tournament in Sofia, Bulgaria on Friday. The 25-year-old Nikhat secured a hard-fought yet convincing 4-1 win against Turkey’s Buse Naz Cakiroglu, while Nitu clinched a dominating victory against Hanna Okhota of Ukraine in the semi-finals.In an intensely fought women’s 52kg semi-final battle, the 2019 edition’s champion Nikhat put up a solid resistance against the Tokyo Olympics silver medallist Cakiroglu as both the boxers exchanged heavy blows and fought from a close distance.However, Nikhat, the boxer from Telangana, held her nerve and tilted the result of the nail-biting encounter 4-1 in her favour with some hard-hitting punches.In a contrasting women’s 48kg semi-final bout, Nitu produced a well-composed performance against the 2018 World Championships silver medallist Okhota.

Having taken an early lead after the opening round, the two-time world youth champion from Haryana capitalised on the momentum and executed timely and precise punches throughout the second round that saw her putting herself in a commanding position.Eventually, the Indian progressed into the final after the Ukrainian boxer abandoned the bout before the start of the third round.Nitu and Nikhat will play their gold medal matches on Sunday at Europe’s oldest international boxing tournament.Later, another Indian boxer Nandini will fight for a place in the final as she takes on Kazakhstan’s Lazzat Kungeibayva in the +81kg Last-4 stage.On Thursday night, Arundhati Choudhary (70kg) and Praveen (63kg) bowed out in the women’s quarter-finals. While Choudhary lost to reigning Olympics champion Turkish boxer Busenaz Surmeneli 1-4, Parveen went down fighting against Russia’s Nataliya Sychugova 2-3.The prestigious tournament witnessed the presence of over 450 boxers from 36 countries around the world, including strong boxing nations such as Kazakhstan, Italy, Russia and France.