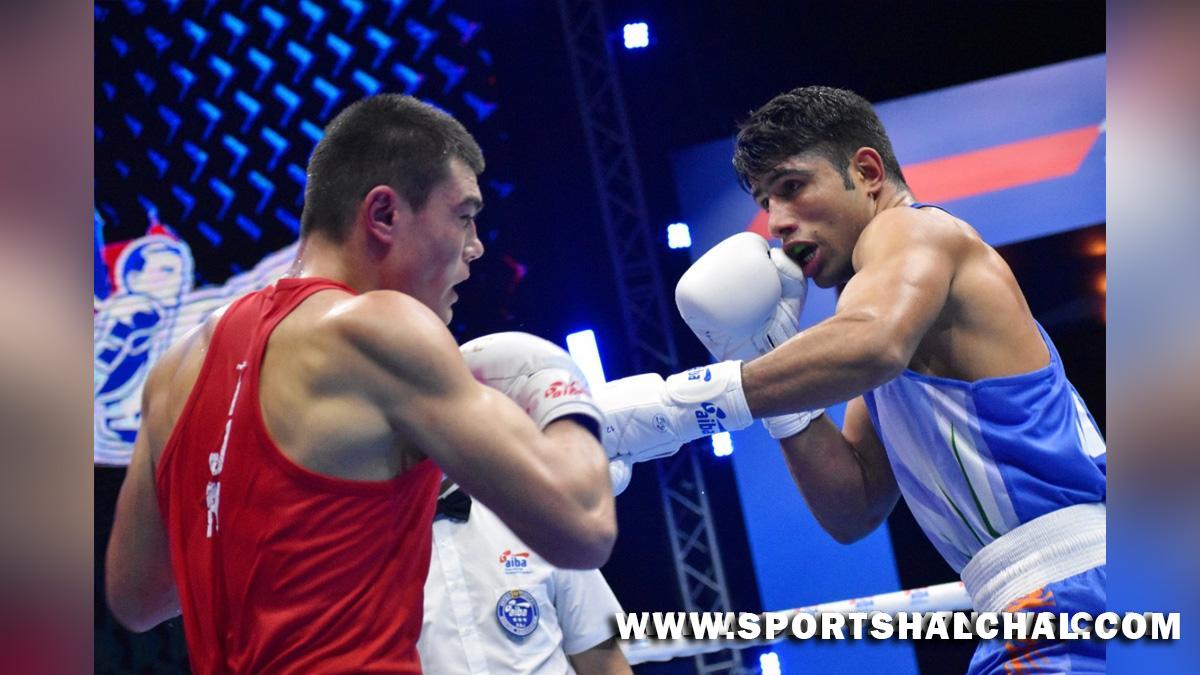 New Delhi : On a mixed day for India, pugilist Sumit put up a power-packed performance to make a sensational start to his campaign at the 73rd Strandja Memorial Boxing Tournament, outclassing 2021 World Championships silver medallist Dzhambulat Bizhamov on the opening day in Sofia, Bulgaria.Playing his only second senior international tournament, the reigning national champion Sumit produced a flawless show to register a dominating 5-0 victory against his Russian opponent in the 75kg opening round match. The Indian will now face Ukraine’s Oleksandr Khyzhniak in the second round.While Sumit made it to the next round, Narender Berwal (+92kg), Varinder Singh (60kg) and Lakshya Chahar (86kg) made exits with defeats in their respective opening round matches, Boxing Federation of India (BFI0 informed in a release on Monday.Narender went down fighting 2-3 against the Spanish boxer Ayoub Ghadfa Drissi while Varinder and Chahar lost to their Russian opponents Artur Subkhankulov and Sharabutdin Ataev by 0-5 and 1-4 margin respectively.

The second day of Europe’s oldest international boxing tournament on Monday will see four Indian boxers starting their campaigns.Shiksha will face a tough challenge against the reigning Asian champion Dina Zholaman from Kazakhstan in the 54kg opening round match. Nitu (48kg) and Anamika (50kg) are the other two Indian women to take the ring on Day 2.Among men, Akash Sangwan, who received a bye in the opening round, will play against the German pugilist Daniel Krotter in the 67kg second round match late on Monday night.The prestigious tournament, which will be played till February 27, has been witnessing the participation of over 450 boxers from 36 countries around the world, including strong boxing nations such as Kazakhstan, Italy, Russia and France.A 17-member Indian contingent, including seven men and 10 women, is participating in the tournament which is the first from the Golden Belt Series and also a testing event for International Boxing Association’s World Boxing Tour format. It is also the first exposure trip for Indian boxers this year.

T20 World Cup Qualifier A: Ireland and UAE through to semi-finals