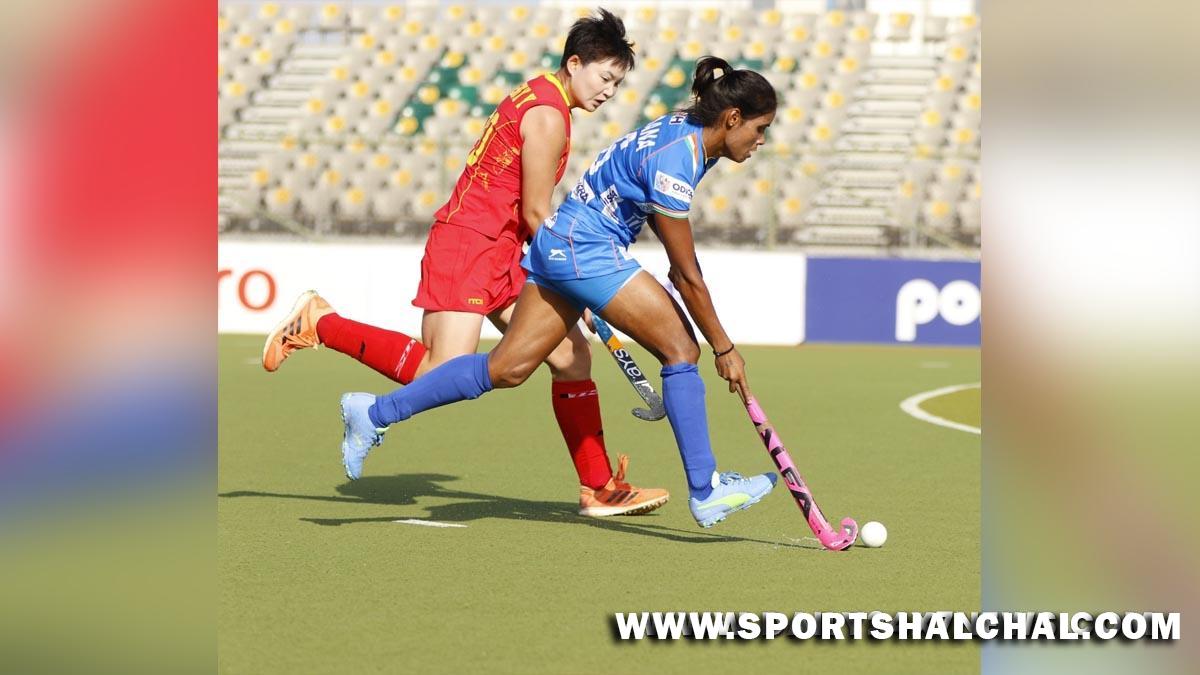 New Delhi : Indian women’s hockey team forward Vandana Katariya has said that her immediate goal is to help her country qualify for the 2024 Paris Olympic Games by winning the gold medal at the Asian Games in Hangzhou, China later this year.A top finish at the continental showpiece ensures automatic qualification for the men’s and women’s hockey teams for the Olympics.”The goal that I have set for myself this year is to help the team win the gold in the Asian Games, so we can secure our qualification for the 2024 Olympics. I am also excited for the World Cup this year, where our goal is to make it into the final of the competition. I am going to work really hard on my technical skills in training, because that is the best way that I can help the team’s cause,” said Vandana, the key player who helped India finish a historic fourth at the 2020 Tokyo Olympics.

Vandana became a household name following her exploits in Tokyo. The 29-year-old’s professional journey began with her prolific goal scoring in the 2013 Junior World Cup. She is now the mainstay in the senior team with over 250 international caps to her name.Vandana rose to stardom by becoming the first Indian women’s hockey player ever to score a hat-trick in the Olympics. She achieved the feat with India being on the brink of elimination in the group stage.Speaking about the match against South Africa, Vandana recalled, “We had a team meeting a day before that match, and I remember that the team was feeling very low after our defeat against Great Britain. I thought about all the months of hard work and sacrifices that had gone into taking us into that moment, and all I could think of was how I can contribute to the team as a forward, because we didn’t want our journey to end in the group stage with disappointment.”I was naturally very happy to score a hat-trick, but it was a complete team performance that day with everyone from the back line to the forward line contributing equally and helping us to get a win that day.

“Vandana’s efforts contributed to the team’s best performance ever at the Olympic Games. The 29-year-old forward from Roshnabad has been on the end of high praise in the past year, but Vandana is not resting on her laurels just yet.Speaking about the moment in her life after her father passed away in April 2021, Vandana spoke about the support she received from her teammates and chief coach Janneke Schopman at a difficult period in her life.”After losing my father last year, the support that I received from my teammates, national team staff and (chief coach) Janneke Schopman helped me stand on my feet again. It has been a major turning point in my life and my career. I realised that just like I have a family back home, these people are like my family in the national camp,” she said.