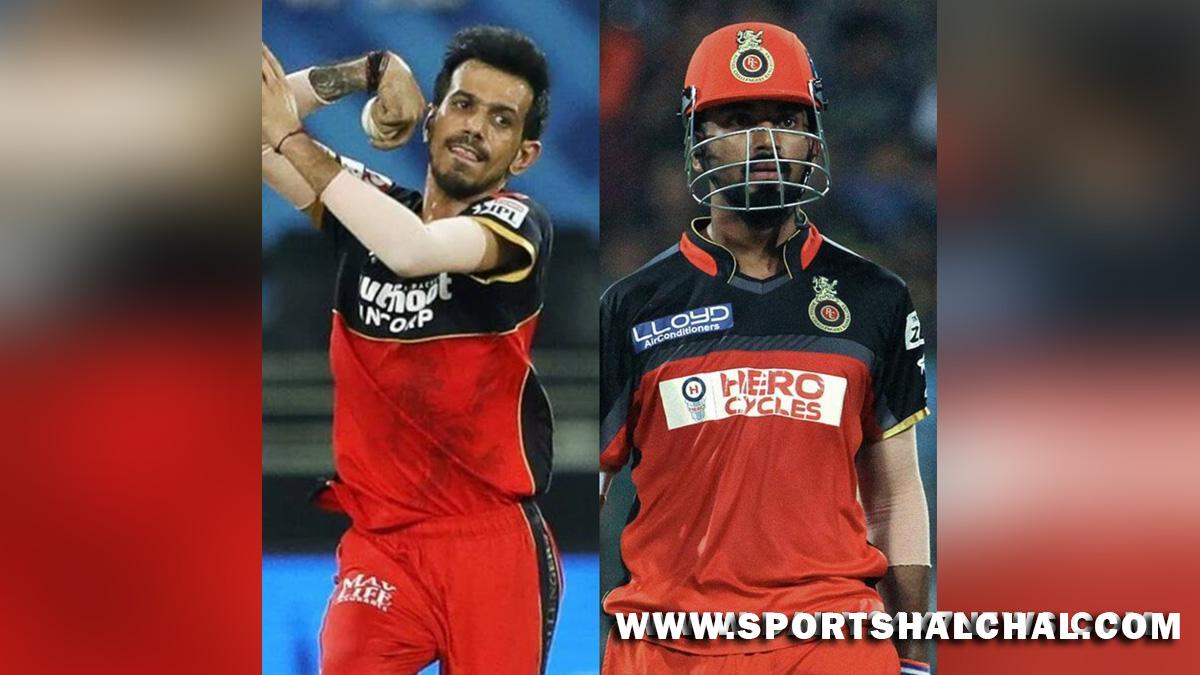 New Delhi : Virat Kohli, who quit as the captain of Royal Challengers Bangalore (RCB) after the 2021 edition of the Indian Premier League (IPL), had termed the journeys of batter KL Rahul and leg-spinner Yuzvendra Chahal as ‘most transformative’ ones in the tournament. Rahul began his IPL journey with RCB in 2013 before another stint in 2016 while Chahal was associated with the franchise from 2014 to 2021.”The only two people who come to mind for me are KL (Rahul) and Yuzi (Yuzvendra Chahal). KL Rahul was at RCB in 2013 along with Karun and Mayank. KL Rahul was never a guy who was looked at as a T20 specialist. He was part of the Sunrisers Hyderabad in 2015 and Avinash Vaidya was our manager before. He approached me because he was in touch with KL Rahul, and he was not getting any game time. And I had seen him play for India,” said Kohli on ‘The RCB Podcast’.Kohli then elaborated on his initial equation with Rahul at RCB. “I hadn’t seen much of KL since he left RCB, and I had heard he is doing well in first-class cricket. He was very young when he was at RCB, and I was already playing for India and we were regularly playing for RCB. So, we never really connected in a very detailed manner.”

“We wouldn’t spend so much time with each other. I had seen him play in Australia in 2014 when he made his Test debut and I felt like, ‘Wow! He’s seriously worked some wonder on his game. He’s come back as an amazing player, and he started off so strongly in Australia.’ I was very impressed with his body language, his confidence, his demeanor.”At that time, Rahul was playing for Sunrisers Hyderabad (SRH) in the IPL. In 2014, he played 11 matches, scoring 166 runs at an average of 20.75 and strike-rate of 101.21. In 2015, the right-handed batter featured in nine matches, amassing 142 runs with an average of 28.40 and strike rate of 112.69.Before the 2016 season, Rahul signed up with RCB along with off-spin all-rounder Parvez Rasool. Kohli explained the reasoning behind RCB signing Rahul before 2016 IPL started.”He was playing for the Sunrisers and wasn’t getting many opportunities and the opportunities that he got, I felt like he was playing under pressure, you could see he was trying to prove a point, trying to prove himself in the IPL. When the opportunity came through, I thought, this guy has got unbelievable talent and maybe playing for Bangalore and RCB would ease things off for him because there, he’s playing in front of his home crowd and there’s AB, Chris, and myself here and if KL can play a role, maybe he can grow in confidence.”

The IPL 2016 season turned out to be a game-changer for Rahul the T20 batter. In 14 matches, Rahul scored 397 runs at an average of 44.11, including four half-centuries at a strike rate of 146.49. Though he missed IPL 2017 due to a shoulder injury that needed surgery and subsequently moved on to Punjab Kings followed by Lucknow Super Giants, the 2016 season with RCB did set the tone for Rahul to be a stylish batter in T20s.”He doesn’t need to be the focal point or that youngster who has to prove himself. It’s all about being a part of this great team and showing what he can do. And the way he batted that season, for me, that was a great transformation of seeing a player who was just there and there about to becoming suddenly this beast in six months’ time. From there on he’s carried through,” stated Kohli.Kohli went on to speak about how just like Rahul, Chahal coming into the RCB fold worked well. In his time with RCB before Rajasthan Royals bought him in IPL Mega Auction, Chahal made his limited-overs debut for India and was featured in the 2019 Men’s Cricket World Cup.”Same with Yuzi. He wasn’t getting many opportunities before in the IPL and he came to Bangalore, and a guy who always wanted to take the ball and to bowl the way he did in Chinnaswamy was unbelievable. His life changed from there.””These two are the two stories that I can think of which in front of me, I felt like were huge milestones in their careers and that happened because of the IPL and the opportunity that is presented,” concluded Kohli.