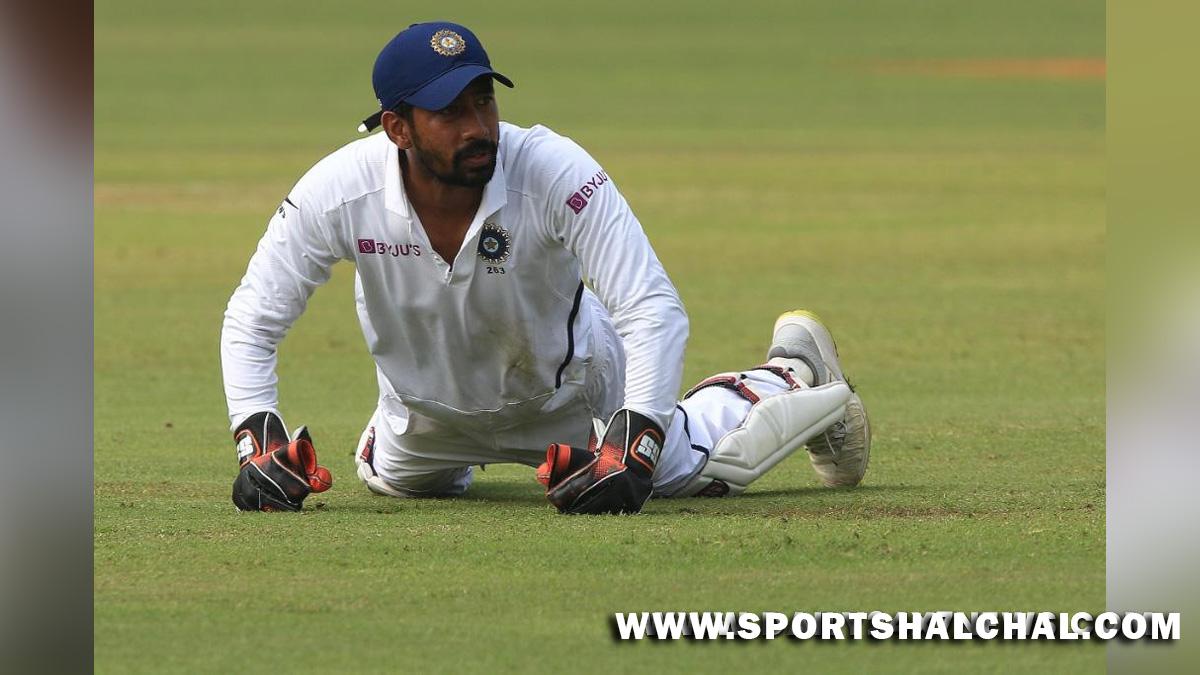 New Delhi : Former India cricketer Virender Sehwag has reacted to wicketkeeper-batter Wriddhiman Saha’s tweet of slamming an unnamed ‘respected journalist’.Saha’s tweet came after he was excluded from the squad for the two-match Test series against Sri Lanka in March alongside Ajinkya Rahane, Cheteshwar Pujara and Ishant Sharma.Sharing a screenshot of disturbing messages he received from the unnamed journalist shortly after not finding a spot in the Test squad, Saha wrote on Twitter, “After all of my contributions to Indian cricket…this is what I face from a so called ‘Respected’ journalist! This is where the journalism has gone.”Reacting to Saha’s post on Twitter going viral, Sehwag quote-tweeted and wrote on Sunday, “Extremely sad. Such sense of entitlement, neither is he respected nor a journalist, just chamchagiri. With you Wriddhi.”On Saturday, during a virtual press conference, chief selector Chetan Sharma explained why Saha was not in the Test squad. “I can’t tell you on what grounds he has been dropped. That is for the selectors only. All I can tell you is that he was told before and was asked to play the Ranji Trophy, which is the ladder for playing international cricket. What we discussed between ourselves (committee members), we can’t tell you that.

“Sharma further refused to get into the details of why Saha skipped Bengal’s matches in the ongoing Ranji Trophy due to personal reasons. “The CAB, state cricket association can tell you why because that isn’t my jurisdiction. This selection committee believes that unless you are unfit, under load management or busy with international cricket, you should play in domestic cricket. That is very important.”How will we know if you are match-ready? If one doesn’t want to play, then the selection committee won’t interfere in state matters. You need to ask Hardik (Pandya) why he isn’t playing in Ranji Trophy. We are looking at the ones who are playing the Ranji Trophy and we get happy in seeing the performers play in Ranji Trophy.”Sharma had brushed aside the fact that age was the reason behind Saha’s exclusion from the Test squad. “We don’t give much importance to age but at one point, the selectors start to think when you get some youngsters outside and want to give them a chance. That is why selection committee said that you won’t be considered for two matches. The doors are open for you. If you haven’t played for long, how will we see the skills of you? This is why playing Ranji Trophy gets important for all and I am consistently emphasising on that.”