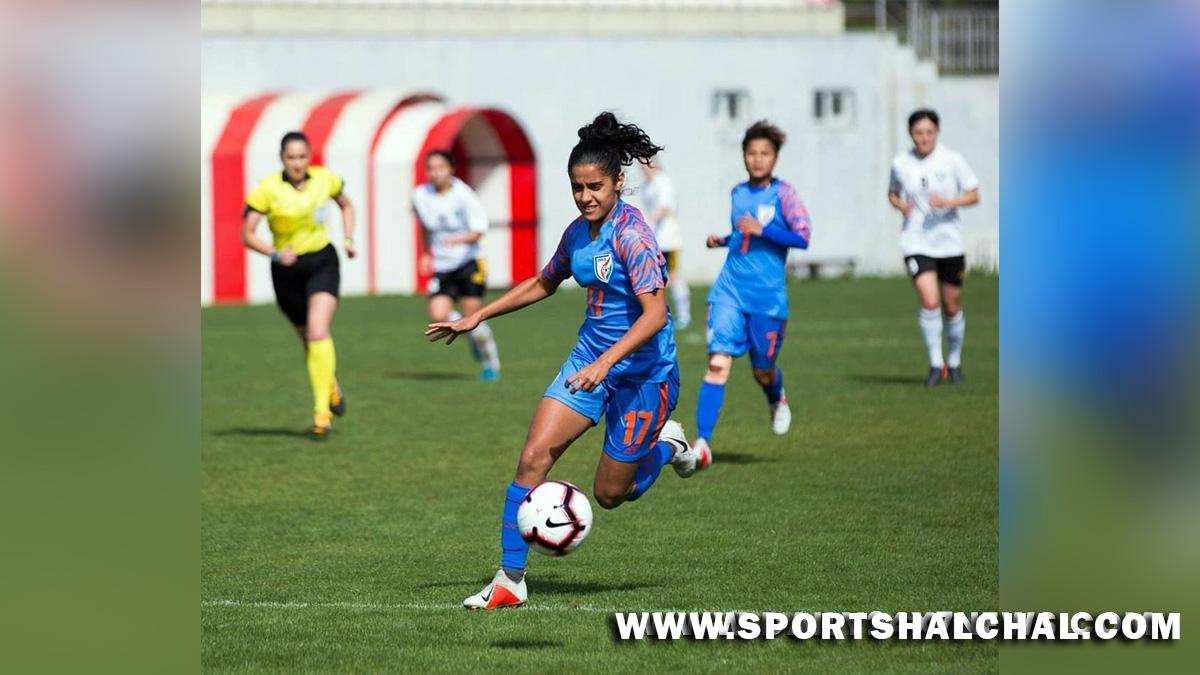 New Delhi : The Indian women’s national football player Dalima Chhibber has revealed that all of her teammates were devastated by their early exit from the AFC Women’s Asian Cup due to the Covid-19 outbreak in the squad, adding that they took their own time to overcome the debacle.India were unable to field the minimum required 13 players for their second Group A match against Chinese Taipei during AFC Women’s Asian Cup after a dozen players returned Covid-19 positive in their bio-bubble. India, therefore, had to withdraw their team from the match, and, according to the Asian Football Confederation (AFC) rulebook, from the entire tournament that they hosted at Mumbai, Navi Mumbai and Pune in January-February 2022.”As players, we were all sad, devastated because we didn’t expect our campaign to come to an end like this, where we didn’t get the opportunity to perform or to show our capabilities. Overall, it was a sad experience,” Dalima told IANS in an interview.

sked for details of the whole fiasco, the footballer said she has nothing more to add.”We are going to stick with the statement which the coach gave out and I have nothing more to say about that,” she said.Every member of the Indian women’s team and coaching staff had worked hard over several months to prepare for the mega event. And according to Dalima, their untimely ouster was a tough pill to swallow.”All of us took our time separately/individually to understand what had happened and to accept the situation. So, we all went back to our homes and having your family around and comfort played a major role in making things normal. We all tried to see what works best for us,” she said.”And eventually, we returned back to the game and started working hard again. Because we understood that even though one tournament didn’t work out for us, there will be many coming forward in future. The only way was to look forward to the next big thing,” she added.

The 24-year old Dalima, who is now a regular member of the national team, is not sure about the upcoming tournaments but is hopeful about the team’s participation in the 2022 Asian Games in Hangzhou, China.”Right now, we don’t know what tournaments are coming up but we do know that the Asian Games is going to take place this year and again it’s an opportunity for us to showcase our talent at the Asian platform. Yes, that might not lead us to the FIFA World Cup but we can show that we are capable of fighting it out for our country,” a hopeful Dalima said.The Delhi-born footballer, who has also represented Manitoba Bisons in Canada, feels infrastructure is very different abroad, which provides children an opportunity to play, grow and develop at an early age.The Indian women’s football team has shown remarkable improvement in the past few years. And Dalima feels it’s all because of the support and exposure which needs to be continued.”We need continued support, we need continued exposure and opportunities. We have been together for the last six months, we have travelled to a lot of places.

And we need to continue that because everybody has seen how much the women team has developed,” she said.In today’s day and age when athleticism has reached a new level, a balanced diet and nutrition play an important role in a player’s life, especially in a high-octane game like football. Dalima is also associated with Steadfast Nutrition, which is one of India’s nutrition brands.”I have been associated with Steadfast since 2018 and I have had a great experience. For a player like me, who stays for 90 minutes on the field, nutrition is very important, especially for recovery. I value nutrition a lot and like to manage my diet and be careful about what I eat and put in my body because, at the end of the day, it really makes a difference,” the footballer said on the sidelines of the launch event of the company’s product.The nutrition company is associated with around 50 athletes across different sports in the country.