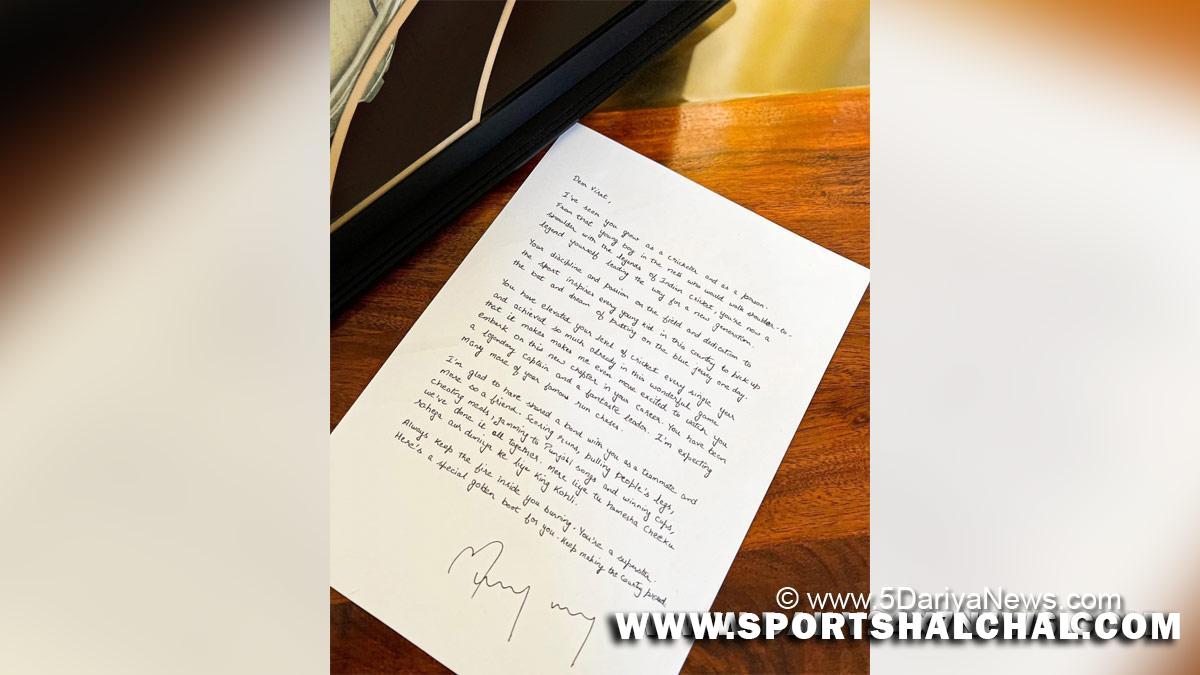 New Delhi : Former India batter Yuvraj Singh on Tuesday wrote an emotional letter to former captain Virat Kohli, saying he has seen his journey from a youngster to one of the greats of the game and as a person.Yuvraj Singh, a veteran of 304 One-Day Internationals, shared a special bond with Kohli on and off the field. Both the batters have played together for the Indian team and the Indian Premier League franchise Royal Challengers Bangalore (RCB) in 2014.Kohli recently ended his tenure as the fourth-most successful captain in Test history, winning 40 of the 68 matches he led India in. Yuvraj, who played 40 Tests, pointed out how Kohli inspired many players in the nation with his hard work.”To the little boy from Delhi @imvkohli. I want to dedicate this special shoe to you, celebrating your career n time as captain which has brought smiles to millions of fans all over the world. I hope you stay the way YOU are, play the way YOU do and keep making the country proud,” Yuvraj Singh tweeted.
“Virat, I’ve seen you grow as a cricketer and as a person.

From that young boy in the nets who would walk shoulder-to-shoulder with the legends of Indian cricket, you’re now a legend yourself leading the way for a new generation. Your discipline and passion on the field and dedication to the sport inspire every young kid in this country to pick up the bat and dream of putting on the blue jersey one day,” Yuvraj wrote in the letter.Yuvraj Singh praised the 33-year-old Kolhi, saying that as one of the most successful Test captains in the game, he has been an inspiration for youngsters due to his hard work and determination.”You have elevated your level of cricket every single year and achieved so much already in this wonderful game that it makes me even more excited to watch you embark on this new chapter in your career. You have been a legendary captain and a fantastic leader. I’m expecting many more of your famous run chases,” he added.Former Punjab Kings captain Yuvraj also gifted Kohli a special edition of golden boots, saying the star batter might be ‘King Kohli’ for the world, but for him, he’ll always remain Cheeku.”Mere liye tu hamesha Cheeku rahega aur duniya ke liye King Kohli. Always keep the fire inside you burning. You’re a superstar. Here’s a special golden boot for you. Keep making the country proud!” Yuvraj concluded.