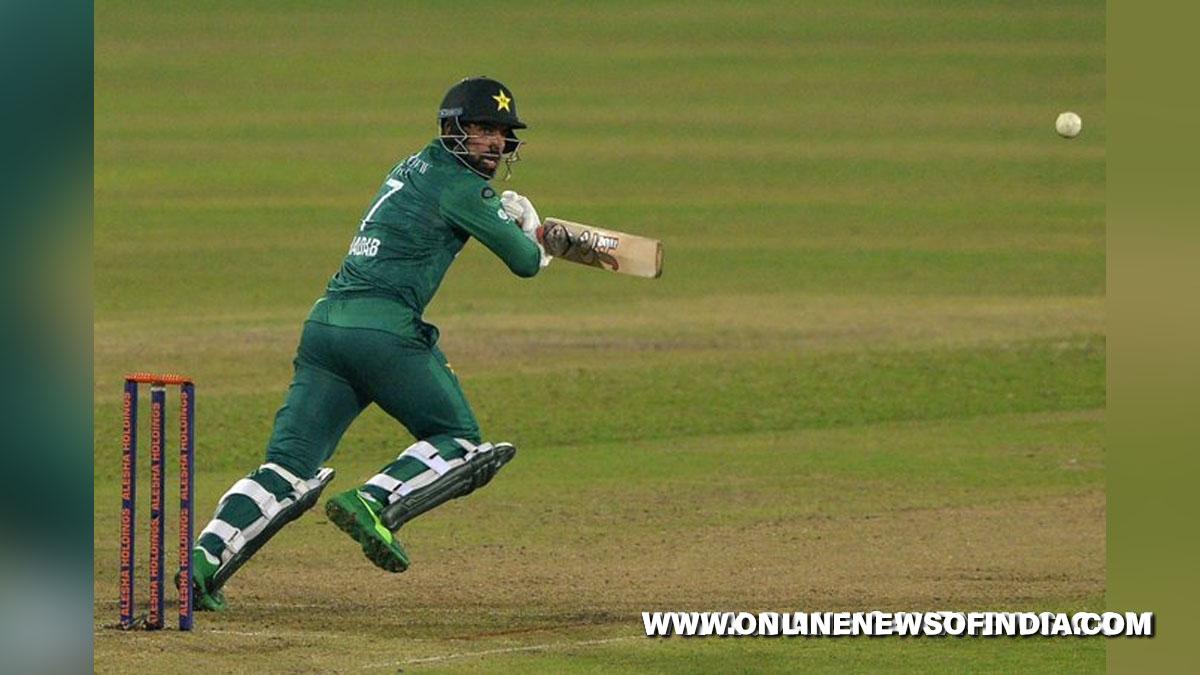 Dhaka : Pakistan survived a scare before holing on their nerve to beat Bangladesh by four wickets and take a 1-0 lead in the three-match series Sher-e-Bangla National Stadium in Mirpur on Friday. Chasing 128 for the win, Pakistan were in a spot of bother at 24/4 inside the Powerplay.Fakhar Zaman and Khushdil Shah steadied the ship with a 56-run stand.Despite a valiant effort from the Bangladesh bowlers, Shadab Khan and Mohammad Nawaz eventually finished the game off in style with a stunning 36-run partnership off just 15 balls.Openers Babar Azam and Mohammad Rizwan were back in the dugout with just 22 runs on the board, Babar made only 7 while Rizwan scored 11. Things turned to worse when Haider Ali and Shoaib Malik were both out for zero as Pakistan slumped to 24/4. But Fakhar Zaman (34) and Khushdil Shah (34) rescued them before Shadab (21 not out) and Nawaz (18 not out) saw them through to victory.Earlier, Bangladesh too struggled but Afif Hossain, Nurul Hasan, and Mahedi Hasan helped them post a respectable total of 127/7 on the board.Bangladesh skipper Mahmudullah won the toss and elected to bat but the decision backfired as they lost Mohammad Naim on the first ball of the second over as he chased a wide one from Hasan Ali and nicked on behind to Mohammad Rizwan. Naim went for just one run with three runs on the board. That became 10/2 when Mohammad Wasim ended debutant Saif Hassan’s miserable stay at the wicket with one that moved off the seam, Fakar Zaman pouching the edge at first slip.

The hosts lost their third wicket with 15 runs on the board when Najmul Hossain Shanto (7) tried to give himself room against Mohammed Wasim but ended up playing a cross-batted shot, managing to scoop up a dolly for the bowler to pouch it.Skipper Mahmudullah was bowled by Mohammad Nawaz for six as Bangladesh batsmen continued to struggle against a bowling attack that used the conditions well. They were also guilty of playing reckless shots as they continued to lose wickets at regular intervals.Hossain top-scored for Bangladesh with 36 before he was stumped by Rizwan off Shadab Khan and when Hasan Ali claimed his second victim in the form of Nurul Hasan (28 off 2 balls, 2×6), who will be keeping the wickets in the absence of Mushfiqur Rahim, the hosts were down to 96/6 in the 17th over.Mahedi Hasan struck two sixes and a four in his unbeaten 30 off 20 deliveries as Bangladesh managed to reach 127/7 in their allotted overs.Hasan Ali was the most successful of the Pakistan bowlers with 3-22 while Mohammad Wasim claimed 2-24 as Pakistan set themselves up for an easy chase.
Brief scores:
Bangladesh 127/7 in 20 overs (Atif Hossain 36, Nurul Hasan 28, Mahedi Hasan 30*; Hasan Ali 3-22, Md Wasim 2/24) lost to Pakistan 132/6 in 19.2 overs (Fakar Zaman 34, Khushdil Shah 34, Shadab Khan 21*; Taskin Ahmed 2-31, Mahedi Hasan 1/17) by 4 wkts.