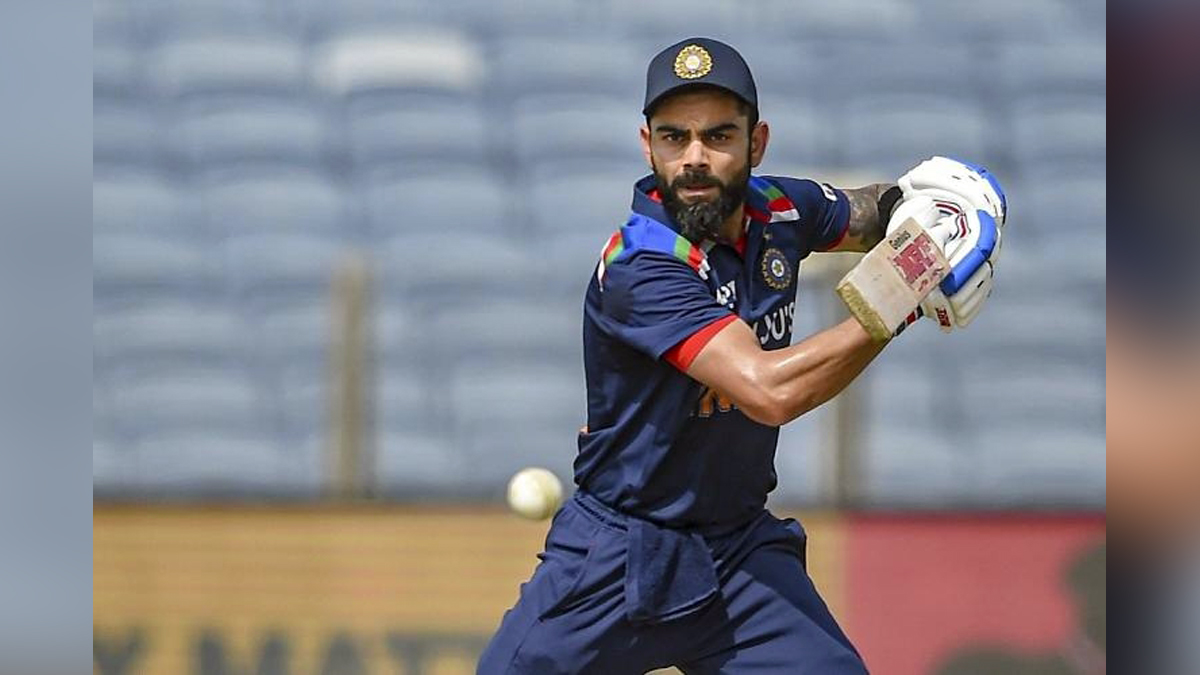 Pattern in England was something that I could work on and had to kind of overcome : Virat Kohli

Dubai : Ahead of Asia Cup starting from August 27 in the UAE, talismanic India batter Virat Kohli admitted that there was a pattern to his lean scores on the tour of England, which gave him something to work on and had to overcome on his time off from the game.

Kohli returns to the Indian team for the Asia Cup in T20I format, after a break of more than a month after having last played during the tour of England in July, where he made scores of 16 and 17 in two ODIs as well as 1 and 11 in two T20Is apart from 11 and 20 in rescheduled fifth Test at Edgbaston.

He was then rested for white-ball tour of West Indies and ODIs against Zimbabwe. Kohli has been in a prolonged lean patch, having not scored a century in international cricket since November 2019.

If Kohli features in India’s playing eleven for the Asia Cup opener against Pakistan on August 28 in Dubai, dubbed as the ‘greatest rivalry’ in cricketing world, it will also mark his 100th T20I appearance.

“What happened in England was a pattern, so something that I could work on and something that I had to kind of overcome. Right now, as you rightly mentioned, there is nothing that you can point out saying that the problem is happening here.”

So, I had to work hard on one thing that could be exposed again and again which I overcame; right now this is not the case,” said Kohli on ‘Game Plan’ show on Star Sports.

Kohli, the former India captain, further elaborated on the importance of this phase of his prolonged lean patch on his career and how it has improved his outlook towards the game as well as life.

“I know where my game stands and you cannot run this far in your international career without having the ability to counter situations and counter conditions and counter different kinds of bowling.””So, this for me, is an easier phase to process, but I don’t want to put this phase behind me.

I want to learn from it and I want to understand what are the core values that I have, as a sportsperson and as a human being.””As long as I’m ticking those boxes, I know there are ups and downs, and when I come out of this phase, I know how consistent I can be.

My experiences are sacred to me. Whatever I have experienced in this phase or in the past, as well one thing that I can vouch for, is that I have never valued myself more as a person.”