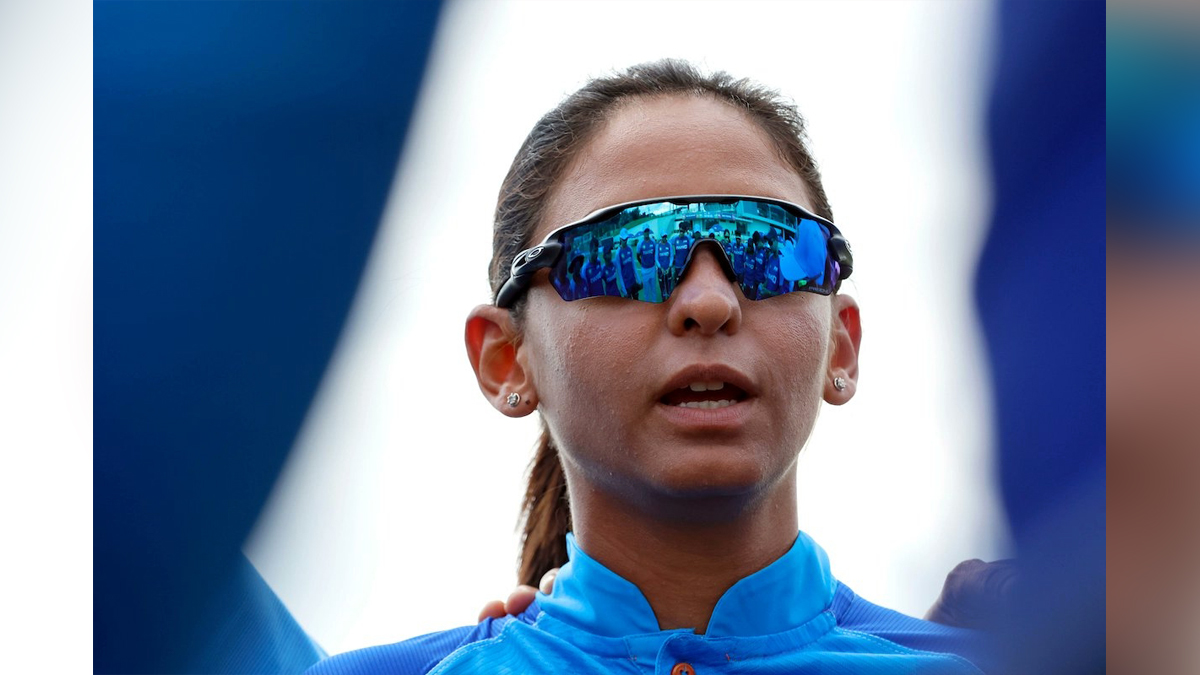 Played too many dot balls : Harmanpreet Kaur on India’s 21-run loss to Australia in third T20I

Mumbai : India skipper Harmanpreet Kaur feels that playing out too many dot balls in a chase of 173 against Australia in the third T20I at Brabourne Stadium cost her team a victory.

On Wednesday, despite Harmanpreet adding 73 runs in 50 balls with Shafali Verma (52 off 41) for the third wicket, India were unable to avoid a 21-run loss, playing 55 dot balls, giving Australia a 2-1 lead in the five-match series.

“It’s not all about power-hitting. Even if we were to consider and analyse the last match, we were aiming to get 10-11 runs in the over. During the match also we were getting boundaries but we played too many dot balls. That is the reason why we were not able to win this game.”

“Otherwise, you have to analyse your strengths and if you play in a calculative way, you can even win matches for your teams. In this match, we got boundaries, but could not make it into big overs.

There were overs where we got less than seven runs and that’s why we could not chase down that total,” she said in the post-match press conference. Harmanpreet admitted that India are missing the services of fast-bowling all-rounder Pooja Vastrakar, who is out of the series due to an injury.

In her absence, India had tried pacer Meghna Singh but had to replace her with senior left-arm spinner Rajeshwari Gayakwad for Wednesday’s match. “We are definitely missing Pooja. On wickets like these, you need a medium pacer.

If you are bowling spin back-to-back then, it’s very easy for the batters to settle. Her experience, death bowling were missed.” “We tried Meghna Singh in the first two games but unfortunately, it did not click.

That’s why we wanted to go for experience this time in a left-arm spinner like Rajeshwari (Gayakwad).” Harmanpreet also applauded the right-left arm pace duo of Renuka Thakur and Anjali Sarvani for keeping Australia to 26/2 in the first four overs.

While Renuka trapped captain Alyssa Healy lbw, Sarvani castled Tahlia McGrath with a perfect inswinger to get her first international wicket. “The way we bowled in the powerplay, especially Renuka and Anjali (was great).

They were swinging the ball and bowled according to the plan. They were not giving easy runs to the batters.” Before the start of the series against Australia, head coach Ramesh Powar was moved to the National Cricket Academy (NCA) as a spin-bowling coach, with Hrishikesh Kanitkar coming in as a batting coach.

Harmanpreet admitted that the Indian team is missing the services of a bowling coach, but mentioned that Renuka is taking charge off the field in strategic planning. “Renuka has the experience because she has done well in the past six-seven months and has got good results.

Whenever we set plans for pace bowlers, she takes the lead and our video analysts give us a lot of information.” “Talking about spin bowlers, almost all spinners have played a lot of T20 cricket like Deepti (Sharma), Radha (Yadav), and Rajeshwari (Gayakwad). Devika (Vaidya) is new to the team but she also has experience with international cricket and has done a lot of homework with respect to international cricket.”

“I know we are missing a bowling coach but our bowlers are taking charge. They are very participative in bowlers’ meetings. They have full responsibility and, in the match, it was all their plans as per their bowling and they were leading the way, I was just supporting them in the middle.”

With the fourth T20I on December 17, Harmanpreet insisted that performances against India are bringing tons of experiences and learnings for her team, many of whom are facing Australia for the first time.

All these games give us a lot of confidence.” “There were a lot of areas where we have done really well. For a few girls, it’s a new experience because they are playing against Australia for the first time. It’s a good opportunity for them to get used to this atmosphere.”