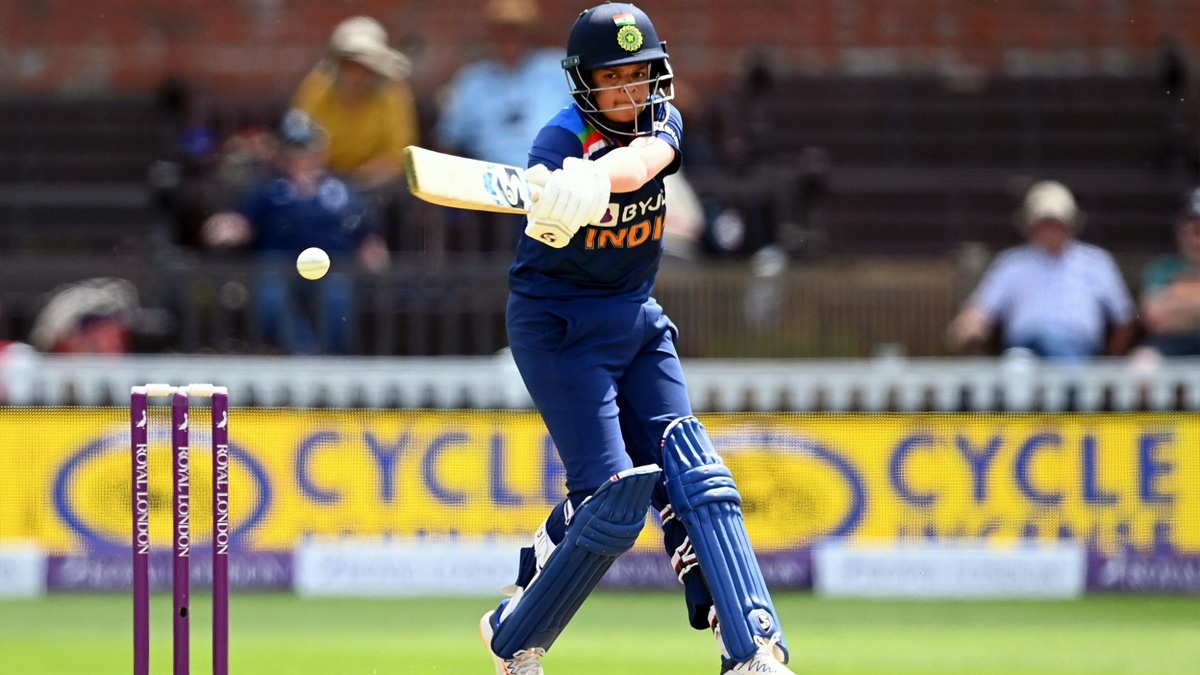 Mumbai : Teenaged India opener Shafali Verma will appear in her 50th T20I match when the hosts take on Australia in the fourth match of the five-game series at the Brabourne Stadium on Saturday.

In the series till now, the visitors have been aggressive and dominating in various departments, leading to them taking a 2-1 lead in the series. Shafali revealed that she enjoys squaring off against Australia as they often make her feel like she is playing against a men’s team.

“When I play against Australia, it feels like I’m playing against men, because their game is like that. If they see a small mistake that you are making, they will take advantage of it. So we have to be on top of our game against them,” said Shafali ahead of the fourth T20I.

The Rohtak-based youngster is aware that one can’t afford to take a wrong step against Australia, who are current holders of ODI and T20 World Cups. “You can’t make mistakes against them. You have to play your best shots, which you are confident about.

In that match, Shafali hit 52 and shared a 73-run stand with captain Harmanpreet Kaur. But in a bid to go big, Shafali fell and from there, the Indian challenge nosedived. “When I hit a four (against the Aussies), I get boosted, and feel that I’ve improved as a player, because Australia is the best side (in women’s cricket).

I’m always happy when I hit (boundaries) off the Australian (bowlers). I don’t get so much happiness when I hit boundaries against England or any other team,” said Shafali. “We were playing well, but the situation was such that we had to take risks.

We were 30 runs behind, and that situation demanded that you had to go for shots if there was a loose ball. That shot usually goes for six, but on that day, unfortunately I lost my wicket,” she added.
The opener also noted that the pitch at Brabourne Stadium is different to the one they played in the first two matches at DY Patil Stadium in Navi Mumbai. “This wicket is not similar to the one at the DY Patil Stadium.

Bowlers are generating good swing on this wicket, but we really can’t give excuses. We are working on the singles under the guidance of the batting coach. Day by day, we are improving,” she concluded.