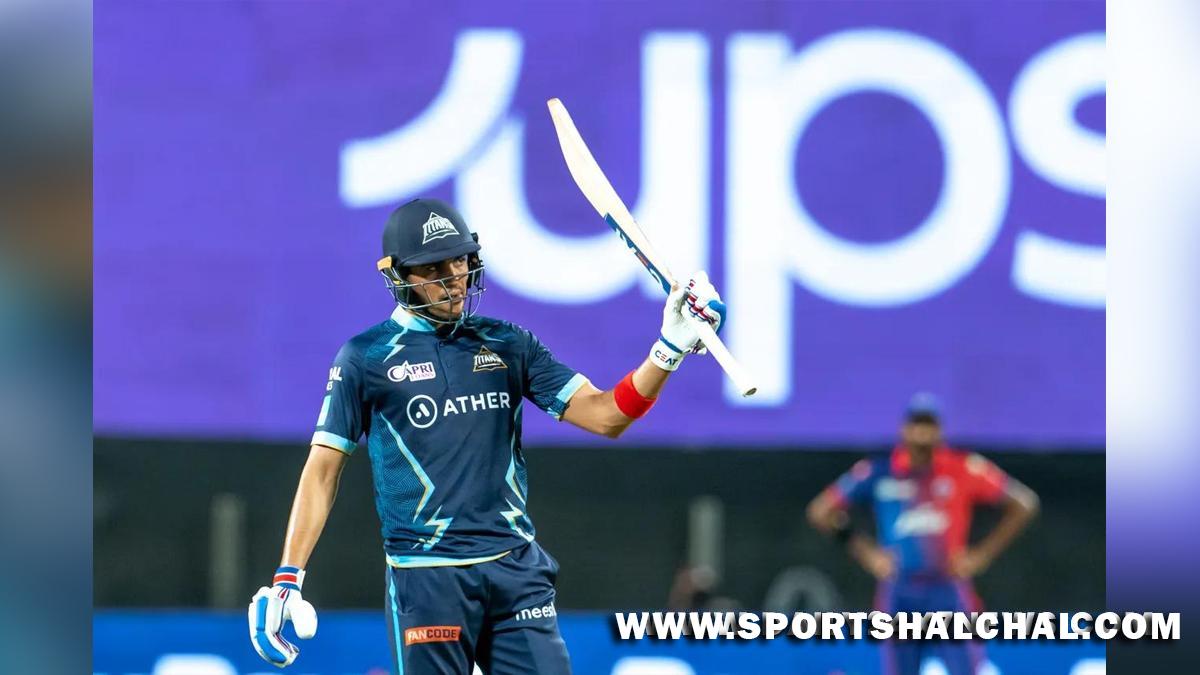 Pune : Opener Shubman Gill’s fantastic knock (84 off 46) propelled Gujarat Titans to 171-6 against Delhi Capitals in an IPL 2022 match at the Maharashtra Cricket Association Stadium, here on Saturday.It was also Gill’s highest T20 score. Apart from him, skipper Hardik Pandya (31 off 27) and David Miller (20 not out off 15) also made valuable contributions with the bat for Gujarat.Invited to bat first, Gujarat Titans didn’t have a great start as Mustafizur Raham struck in the first over of the innings to dismiss Matthew Wade for 1. However, the wicket didn’t affect Shubman Gill, who played some strokes to score some quick runs for Gujarat. On the other hand, Vijay Shankar, who came to bat at No 3 was struggling to time the ball against the Delhi seamers.

Nevertheless, Gill continued his beast mode and took Gujarat to 44/1 after the 6 overs. As soon as powerplay came to an end, skipper Rishabh Pant brought Kuldeep Yadav into the attack and he gave Delhi the breakthrough in the very first ball of the over by removing Vijay Shankar (13).With two down, Gujarat were in a spot of bother and Gill and skipper Hardik Pandya took a cautious approach to keep the score-board ticking with singles and doubles. After spending enough time in the middle, Hardik decided to up the ante and hit Shardul Thakur for two fours, giving some impetus to his team. At the other end, Gill also completed his fifty off 32 balls and then smashed Khaleel Ahmed for back to back boundaries.With both Gill and Pandya going strong, Delhi desperately needed a wicket and Khaleel broke the dangerous stand by removing the Gujarat skipper for 31 off 27.

But Gill was in a different mood and dealt in sixes against Delhi spinners Axar and Kuldeep.Delhi got some respite from Shubhman’s six hitting spree as Shubman Gill used his slower deliveries to perfection and conceded just runs in his over to slow down things. But, it was Khaleel, who finally got the big wicket of Shubman Gill. The batter played a pull shot but failed to get the desired distance and the ball went straight into the hands of Axar Patel at deep mid-wicket.After Shubman’s wicket in the 18th over, Gujarat Titans could not hit the fifth gear, which was required for a solid finish. David Miller (20), Rahul Tewatia (14) tried to break the shackles but Mustafizur was just too good with his cutters and change of pace. The Bangladeshpacer conceded just 4 runs in the 20th over as Gujarat Titans finished with 171 for 6.Mustafizur (3/23) was the highest wicket-taker for Delhi Capitals while Khaleel Ahmed (2/34) and Kuldeep Yadav (1/32) also chipped in with wickets.
Brief scores: Gujarat Titans 171-6 in 20 overs (Shubman Gill 84, Hardik Pandya 31; Mustafizur Rahman (3/23) vs Delhi Capitals