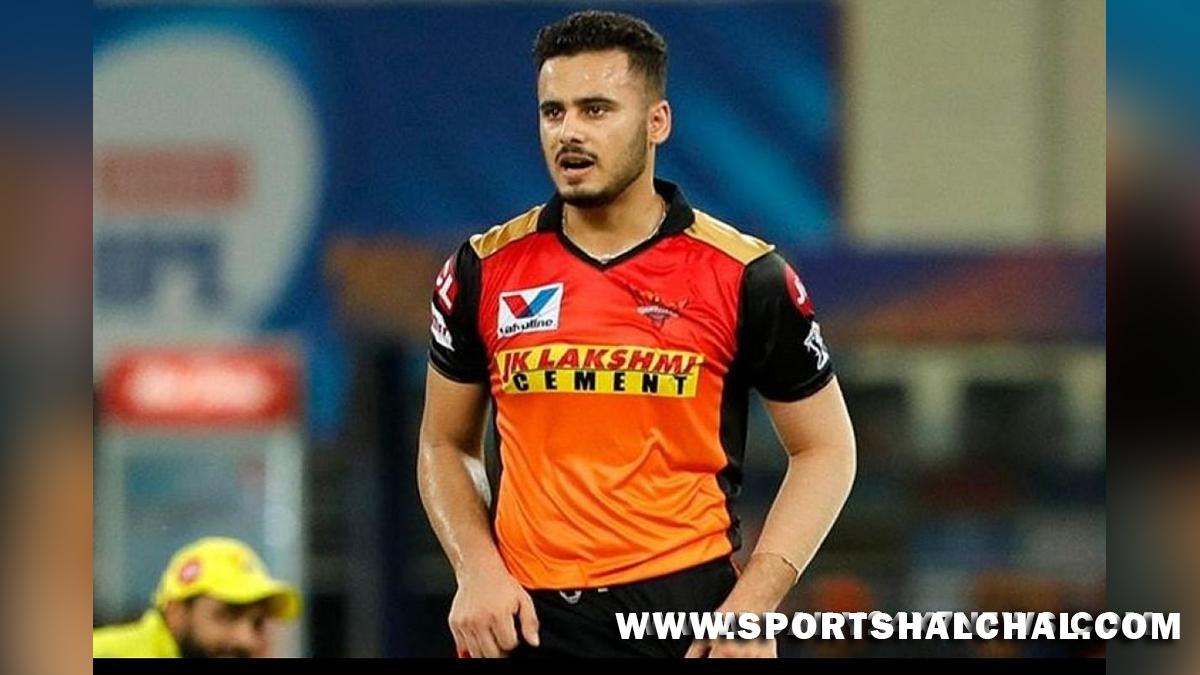 Pune : Umran Malik, the young pace sensation from Jammu and Kashmir, has done it again. The 22-year-old Sunrisers Hyderabad pacer on Tuesday set the internet on fire by sending a 150 kmph delivery in the first over of his team’s IPL 2022 match against Rajasthan Royals at the Maharashtra Cricket Association Stadium, here. And this is not the first time that the express pacer has clocked the 150-kph on the speed gun in the IPL. In the second leg of the IPL played in United Arab Emirates (UAE), Malik sent down a 153kmph thunderbolt, the fastest delivery in IPL history, and had both his skipper Kane Williamson and the then India captain Virat Kohli gushing over the new speed demon of Indian cricket. After seeing his ability to bowl with lightning speed, SRH gambled and retained him as their third player ahead of the IPL 2022 mega auction. On Tuesday, that gamble seems to have paid as Malik was their best bowler against Rajasthan Royals, taking two wickets in his four overs spell giving away 39 runs. Every time he jumps on the popping crease, he outdoes his pace.

With his express pace, Malik got the wickets of Jos Buttler and Devdutt Padikkal. The instant stardom, that he achieved in UAE last year and enhanced on Tuesday, is just a byproduct of his confidence that made him believe that he could make it to the India team at a very young age. When he was 18, he wrote in his bio on his social media handle, “India Soon”. The pacer, whose father Abdul Rashid is a fruit-seller in Shaheedi Chowk in Jammu, was confident enough to predict that one day he will make it to the national side. His dedication and perseverance paved the way into his state’s Under-19 squad. A good performance in the Syed Mushtaq Ali Trophy T20 competition helped him make it to the Sunrisers Hyderabad team as a net bowler. Malik was roped in as a short-term Covid-19 replacement for T Natarajan, who had tested positive for Covid virus ahead of Hyderabad’s encounter against Delhi Capitals on September 22, 2021. After that, Malik’s fortunes completely changed. Malik, who was part of the Hyderabad contingent as a net bowler, has played eight T20 and one List A match for Jammu Kashmir and has picked a total of four wickets.

Hailing from a modest family in Jammu’s Gujjar Nagar, Malik began playing at a young age. His family has always supported his passion with his father, his mother and two older sisters always there for him. In the game against Royal Challengers Bangalore in the 2021 IPL, Malik went a step further by bowling the second-fastest delivery of IPL a 152.95kph thunderbolt that stunned everyone. At the post-match presentation, RCB’s then skipper Virat Kohli spoke in support of the youngster, “Whenever you see talent like this, you are going to have your eyes on them and make sure you maximise their potential.””I really felt proud on seeing such a big player talking about me,” Malik had said after the match. His exploits resulted in him being asked to be part of the Indian senior team’s net bowlers for the T20 World Cup in the UAE last year. By clocking 150-kmph again on Tuesday, Malik has proved that his exploits last year were not a flash in the pan. He has it in him to consistently hit the 150-mark on the speed gun. Now he has to build on this brilliant start to fulfill his dream of making it to the Indian team.

IPL 2022: Rawat, bowlers shine for Bangalore as Mumbai suffer fourth loss on the…