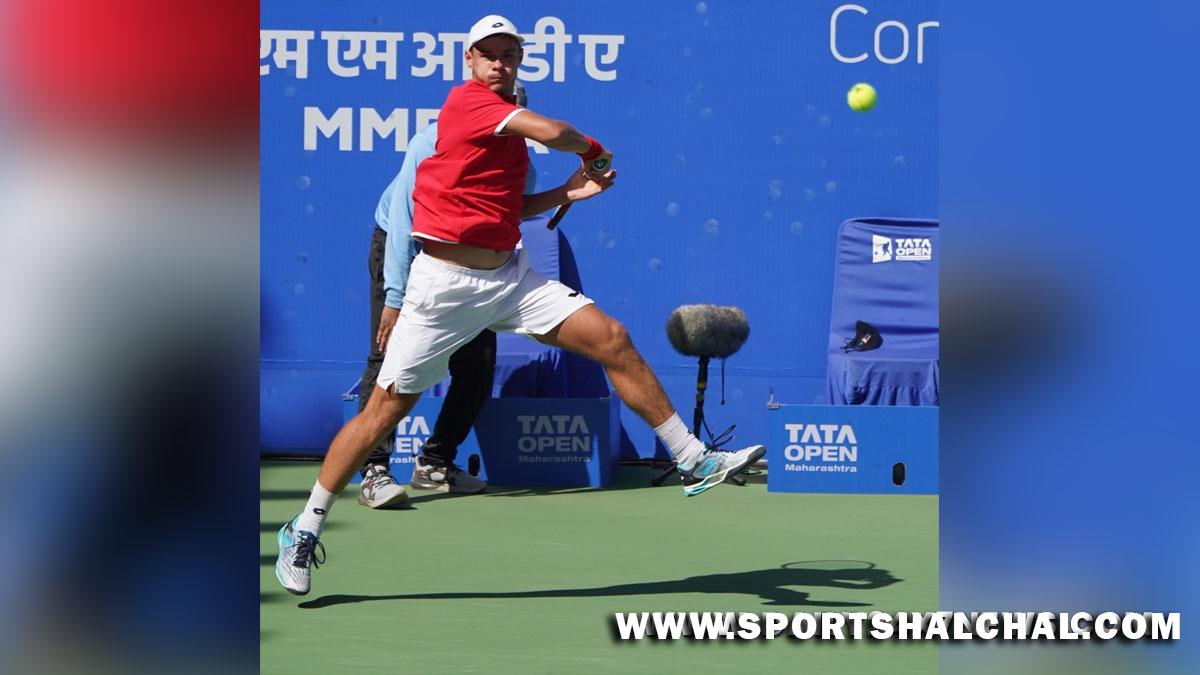 Pune : Poland’s Kamil Majchrzak, Emil Ruusuvuori of Finland and Joao Sousa of Portugal entered the singles semi-finals of the Tata Open Maharashtra tennis tournament, with Majchrzak upsetting second seed Lorenzo Musetti of Italy in a thrilling three-setter here on Friday.Majchrzak, the unseeded Polish player, beat Musetti 6-2, 6-7(5), 6-4 in the quarter-finals of the fourth edition of South Asia’s only ATP-250 event. He was joined in the last four by Ruusuvuori, who stunned defending champion Jiri Vesely packing with a 6-3, 6-4 win while Sousa got the better of Germany’s Daniel Altmaier 6-2, 6-3 at the Balewadi Sports Complex here.The 26-year-old Majchrzak started the match confidently against World No. 66 Musetti and convincingly pocketed the first set.But Musetti re-energised his batteries and got his rhythm back in the second set, which witnessed an intense battle as it went into a tie-breaker where the Italian rising star came out on top and levelled the scores, taking the match into the decider.”It was very difficult because after the first set Lorenzo changed his tactics. He made me play longer rallies and he actually found his rhythm so it was difficult from almost the beginning of the second set. Maybe, I was not returning good enough to put pressure on his service games,” Majchrzak was quoted as saying by the organisers in a release.

When it seemed the 19-year-old Musetti, the youngest player to break into the Top-100, would make a comeback into the contest, World No. 95 Majchrzak found his mojo back and put up a strong show to seal the set as well as the match.”He (Majchrzak) was serving really well. I’m upset as it was so close in the end. I won a great second set and was playing better. I think I was leading the game in the third set and felt I could win. At the moment, I’m sad about the match but I have to take what it is and try to rectify my mistakes and come out a better player next week,” Musetti commented on his exit from the tournament.Majchrzak will now face Ruusuvuori in the semi-finals on Saturday. He sent defending champion Vesely packing in another quarter-finals contest, played later in the day.The 22-year-old Ruusuvuori, who kickstarted his campaign by defeating last edition’s runner-up Egor Gerasimov, extended his brilliant run in the tournament as he took just one hour and 17 minutes to complete the straight-set victory over Vesely without breaking a sweat.Sousa served well and won 79% of his first serve points as compared to 64% by Altmaier. He broke Altmaier’s service in the second game of first set and held his serve to jump to 3-0 lead. The Portuguese player broke serve again in the eighth game to win the set 6-2. In the second, Sousa broke Altmaier’s service in the fourth game and went on to easily win the match.