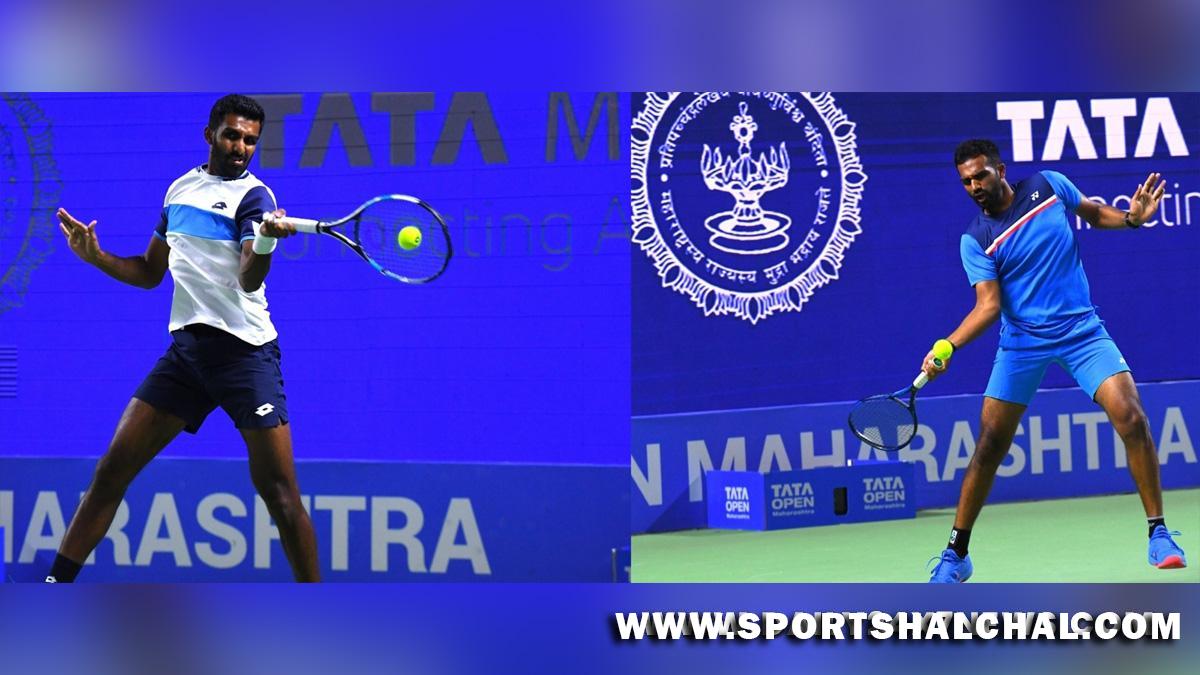 Pune : Four Indians will feature in the singles main draw of Tata Open Maharashtra ATP 250 tournament as Prajnesh Gunneswaran and Arjun Kadhe were on Saturday handed wildcard entries for the event to be held at the Balewadi Stadium in Pune from January 31 to February 6.Prajnesh and Arjun joined Yuki Bhambri and Ramkumar Ramanathan in the singles main draw of the tournament, hoping to reap rewards from the tournament organisers largesse and gain some ranking points.Local boy Arjun Khade, who clinched his maiden national title in 2020, and 2018 Asian Games medallist Prajnesh have featured in all three editions of South East Asia’s only ATP 250 tournament held at Pune.India’s oldest sporting tournament is being organised by the Maharashtra State Lawn Tennis Association (MSLTA) in coordination with the State Government.”We are happy to announce Arjun and Prajnesh as wildcards and it’s great to see four Indians in the main draw. Arjun is from Pune and Prajnesh has also been among the popular names at the tournament.

Though the field is strong, I believe these wildcards will help Indians start stronger as we also aim to give our players much-needed opportunities through this event,” Prashant Sutar, Tournament Director of Tata Open Maharashtra, was quoted as saying in a release.With the presence of top names from the world, including World No. 15 Aslan Karatsev, defending champion Jiri Vesely and the former Youth Olympics champion Kamil Majchrazak, the upcoming fourth edition of the tournament is set to witness thrilling action.”Both Arjun and Prajnesh are excellent players. Currently, they are among the top Indian international players and having them at the Tata Open Maharashtra means they will have an opportunity to play against top players in home conditions. Due to limited events, our players don’t often get to play at home but now this is their chance and I’m sure they will make the most of it,” MSLTA Secretary Sunder Iyer said.In the last edition of the event, Prajnesh made it to the pre-quarterfinals while 28-year-old Arjun suffered a defeat against eventual champion Vesely.The qualifying rounds will be played on January 30 and 31.