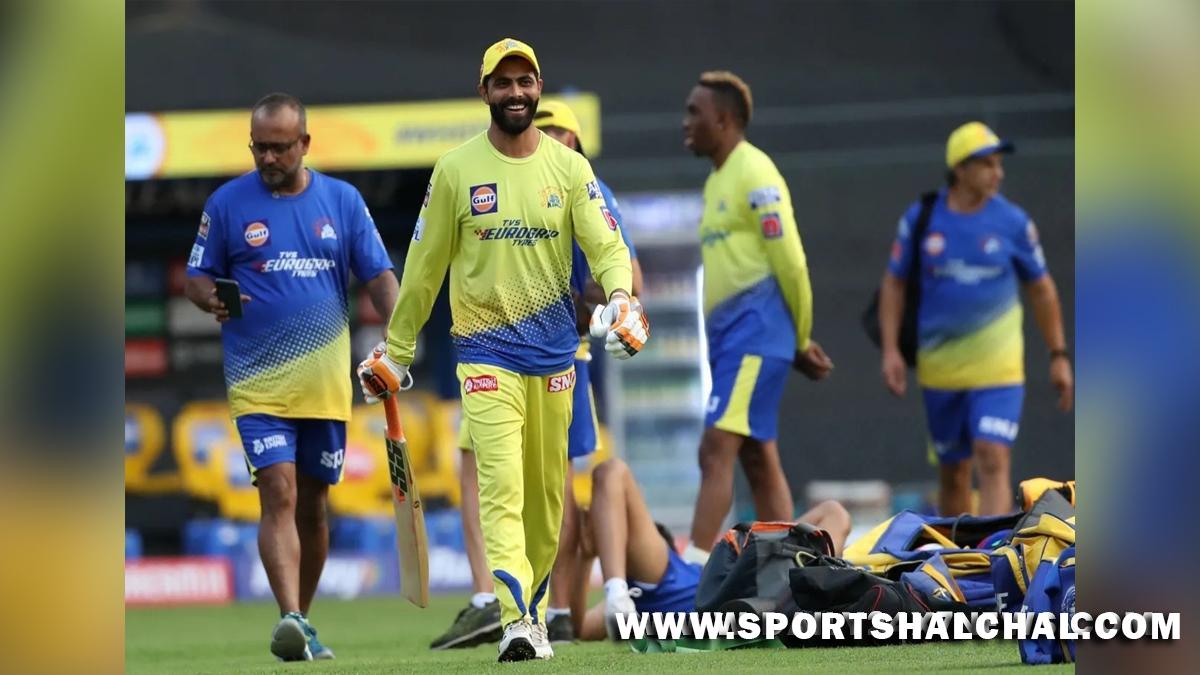 Mumbai : Chennai Super Kings (CSK) skipper Ravindra Jadeja has revealed that his team will desperately be looking for that elusive win later on Saturday against SunRisers Hyderabad (SRH) at the DY Patil Stadium, which will give them the “momentum” to return to winning ways in the new season. Three losses in three games so far in IPL 2022 have seen the four-time champions languishing at eighth in the 10-team tournament, and just above five-time champions Mumbai Indians, who are ninth with an equal number of losses. The added motivation to win could from come from Jadeja himself, as he will play his 150th game for CSK in the lucrative tournament. Only two CSK cricketers former skipper Mahendra Singh Dhoni (217 matches) and Suresh Raina (200 matches) have accomplished the feat for the four-time IPL champions. The two sides have faced off 16 times in the competition so far with the CSK taking 12 wins and the Sunrisers winning four. CSK would have been well rested after six days of break post their last game against the Punjab Kings. While the focus was on training and practice, the team also indulged in bonding activities. “In T20 cricket it’s a matter of one match. If you win one match the momentum comes your way. One win will put us on the right track and give us the rhythm because all our players are so experienced that you don’t need to tell anyone anything because everyone knows their game. We are working hard towards that,” said Jadeja ahead of the match.

Both Super Kings and Hyderabad are chasing their first win of IPL 2022. Dhoni, Robin Uthappa and Shivam Dube have scored half-centuries for CSK in the first three games. Dwayne Bravo has picked up five wickets from three matches, while Dwaine Pretorius has got four wickets in two matches. Chris Jordan too made an impressive debut for the Super Kings against Punjab Kings with figures of 2/23 in 4 overs. But it would be more about Jadeja and his landmark 150th match on Saturday. Jadeja’s stint with CSK started in 2012 and the all-rounder has grown from a talented player to a senior statesman during his decade-long stay. He is the third-highest wicket-taker for CSK, having scalped 110 wickets in 149 matches. With the willow, the left-handed batter has amassed 1,523 runs for the Chennai team. And the 33-year-old would look to lead from the front in the crucial match. He has played several glittering knocks from the time he announced his arrival in 2012, scoring a rollicking 48 off 29 balls in just his second match for CSK, against Deccan Chargers. That cameo helped Chennai win by 74 runs. Fast forward nine years to 2021, and CSK still look to Jadeja to come up with a special performance that will guide the team to victory. Last year Jadeja blasted a 28-ball unbeaten 62 against the Royal Challengers Bangalore which helped the ‘Men in Yellow’ win by 69 runs. In that match, Jadeja took Harshal Patel for 36 runs in a single over. Jadeja’s journey with the Super Kings took another significant step ahead of the IPL 2022 season when Dhoni handed over the captaincy to him. Ahead of the landmark match, Jadeja said, “CSK is everything. It’s a family. CSK is like my home now. I’ve been a part of the team for 10 years. I don’t see myself playing for some other team from now.”