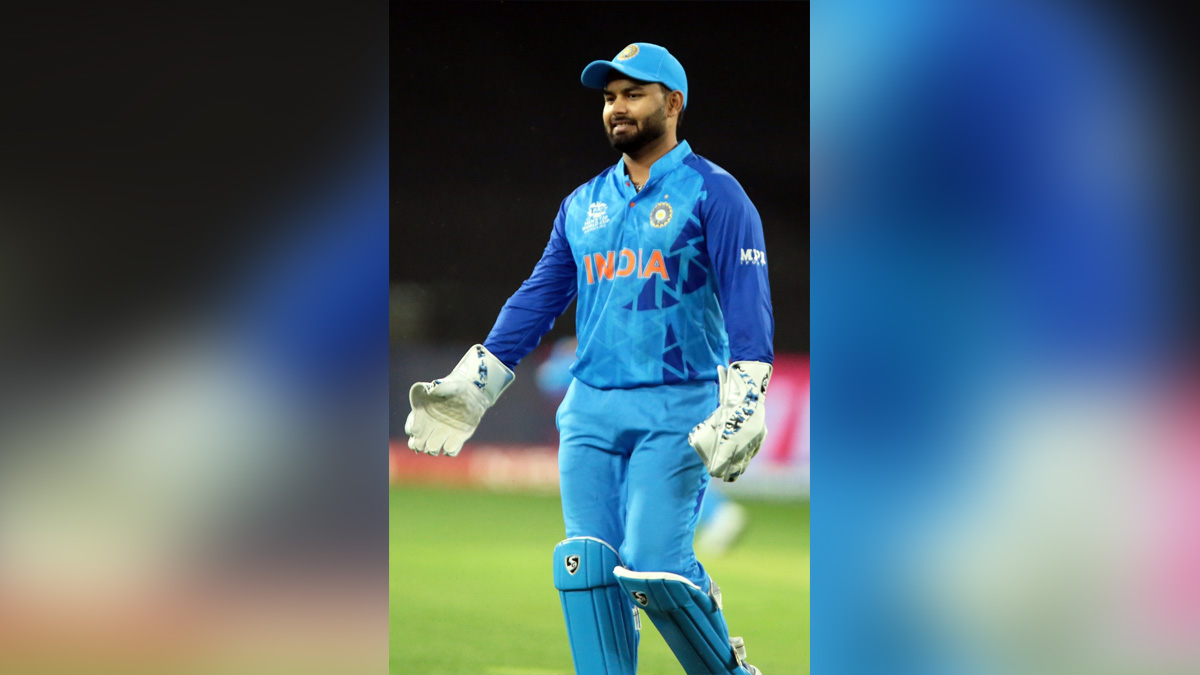 Rishab Pant not utilising his chances, suggests giving him a break to reinvent his game : Krishnamachari Srikkanth

Mumbai : Former India captain Krishnamachari Srikkanth has expressed his disappointment at wicket-keeper Rishabh Pant for not utilizing the opportunities coming his way and cementing a permanent place in the Indian white-ball sides.

He has also criticized the team management for the way they’ve handled the young wicket-keeper. Pant, who rose through the ranks as a big-hitting middle-order batsman who can play the role of a finisher in the white-ball squads had to fight for his place in the playing XI in recent times with veteran Dinesh Karthik brought into the squad for the T20 World Cup.

A look at Pant’s figures in the T20 format reveals that he has been failing to capitalise on chances. In his last 10 innings in the shortest format of the game, the Delhi batter has crossed 40 runs just once, 30 once, 20 or more twice, and thrice has been dismissed in single-digit totals.

His record in ODIs is quite better, having scored a century and three half-centuries in his last 10 innings..In the ongoing ODI series in New Zealand, he has scored a combined total of 33 in the three T20Is, while in the first ODI, he was out after scoring just 15.

And that is what has been very disappointing for Srikkanth who feels that it’s time Pant should be given a break from playing international cricket and sending back to domestic circuit so that he can reset his game.

He said the team management has not handled Pant properly. “Maybe you can give him (Pant) a break and tell him ‘just wait a bit, come and play in India’, they haven’t handled him well. Are you going to wait for a couple of matches before giving him a break or remove him after one or two games?”

Srikkanth said in a post on his YouTube channel Cheeky Cheeka. “Yes, Rishabh Pant is not utilising the chances he’s getting. I am very disappointed — ennada Pant-u (what is this Pant)?,” he added. Srikkanth suggests Pant needs to reinvent his game and probably spend some time in the middle before going hammer and tongs.

“You are messing up these chances. If you smash into such matches, it’ll be good right? The World Cup is coming up. Already a lot of people are saying that Pant isn’t scoring so it’ll add fuel to the fire. He’s going to put pressure on himself.

He needs to reinvent himself. He has to do something right – stand and play for a while and then go for it He’s throwing his wicket away all the time,” Srikkanth said. Pant will have another chance to get back among the runs and silence his critics in the third and final ODI against New Zealand on Wednesday.

If he fails again, the team management and selectors should maybe listen to Srikkanth and follow his suggestion and give Pant a break.

Learned from Mahendra Singh Dhoni how to stay neutral even when you are winning : Ruturaj Gaikwad