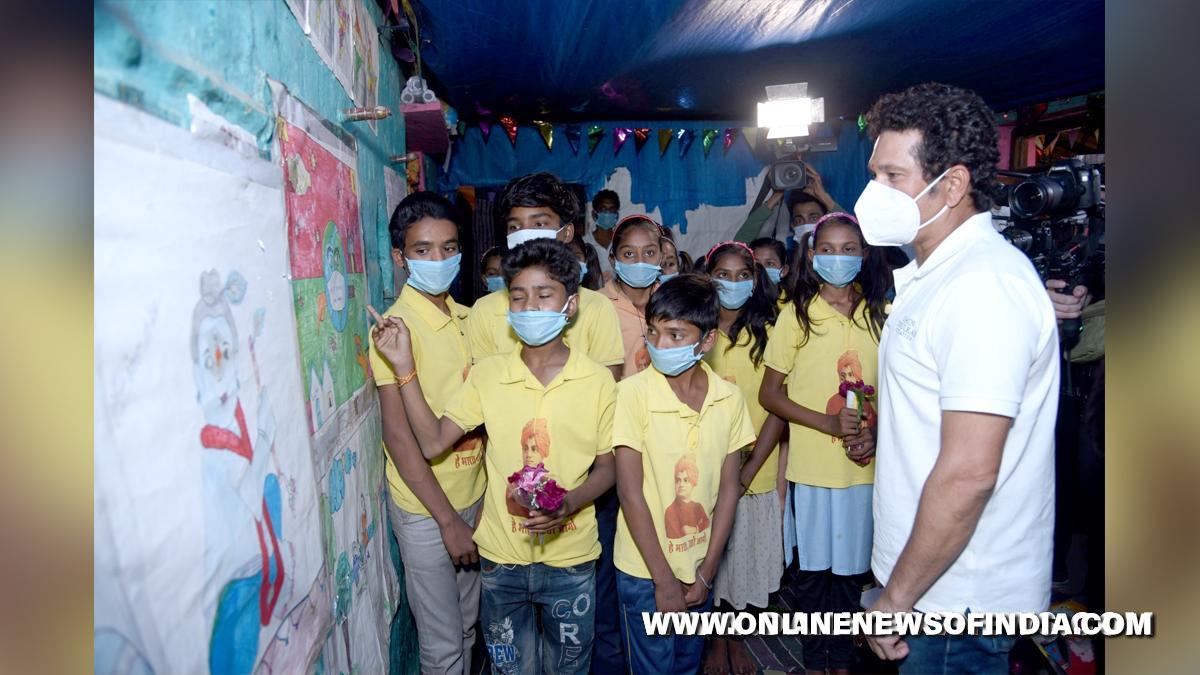 Bhopal : Cricket legend Sachin Tendulkar on Tuesday paid a surprise visit to Sevania village in Madhya Pradesh’s Sehore district to attend a programme organised by the NGO, ‘Parivaar’.The NGO runs ‘Kuteer’ (day boarding education-cum-meal programme) for children in the age-group of 4 to 14 in the tribal areas of the state.From the Indore airport, Tendulkar drove to Sehore, receiving warm welcome enroute the village. After reaching the ‘Seva Kuteer’ in Sevania, he interacted with the children and villagers.

Sources said that Tendulkar announced to provide financial aid to educate as many as 650 children of the village.Sources said that with the help of the Tendulkar Foundation, children of the tribal areas of Sevania, Beelpati, Khapa, Nayapura and Jamun Jheel in Sihore district are getting food and education.Later, Tendulkar also visited the Budhni village in Sehore, the home district of Chief Minister Shivraj Singh Chouhan.On knowing that the cricket icon is in his district, Chouhan spoke to Tendulkar over phone and gave him a warm welcome.