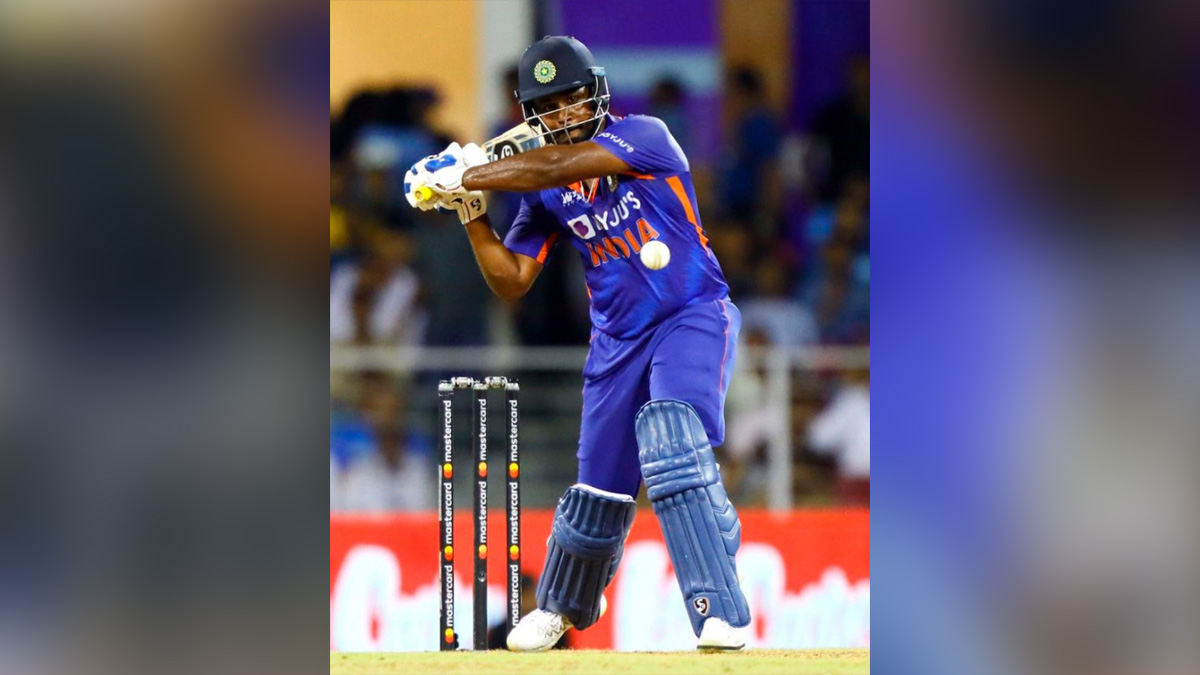 India’s T20I series against Sri Lanka, which will also kickstart their home season, presents a chance for Samson to keep himself in the reckoning for the scheme of things in the shortest format of the game.

In 16 T20Is since his debut in 2015, Samson has been given sporadic chances and managed to make only 296 runs, with just one half-century, 77 off 42 balls against Ireland at Malahide in June 2022, against his name.

“He’s got to keep things simple, just concentrate on batting. The IPL is one thing, playing for India is another. What you got to concentrate on, as Sanju Samson in the Indian side, is understanding what your job is.

When you go out, make sure you’re relaxed, you have the clarity about how you’re going to play your role.” “He might have to bat outside position depending on where they want him to fit in.

Whether he’s batting at the top or lower-middle order at 5 and 6, he’s got the game, the power, the touch, the placement and the mentality to do really well,” said Sangakkara on ‘A Chat with Champions’ show on Star Sports.

Sangakkara, who has seen Samson from the closest quarters during his time as director of cricket for Rajasthan Royals in the Indian Premier League (IPL), believes Samson shouldn’t become desperate to succeed for the Indian team and that the right-handed batter should look to enjoy his cricket without seeing how the outcome would be.

“The one thing he shouldn’t do is think that this is his final chance to prove his mettle and try and be desperate to succeed. He’s got every single thing going for him. He’s a wonderful young man, he’s got skills and temperament.

Let it settle, don’t fight it, make sure you’re adjusting to what comes at you on the day. And then, go out there and enjoy the way he plays.” “You can still enjoy your cricket irrespective of your results as long as you play well.