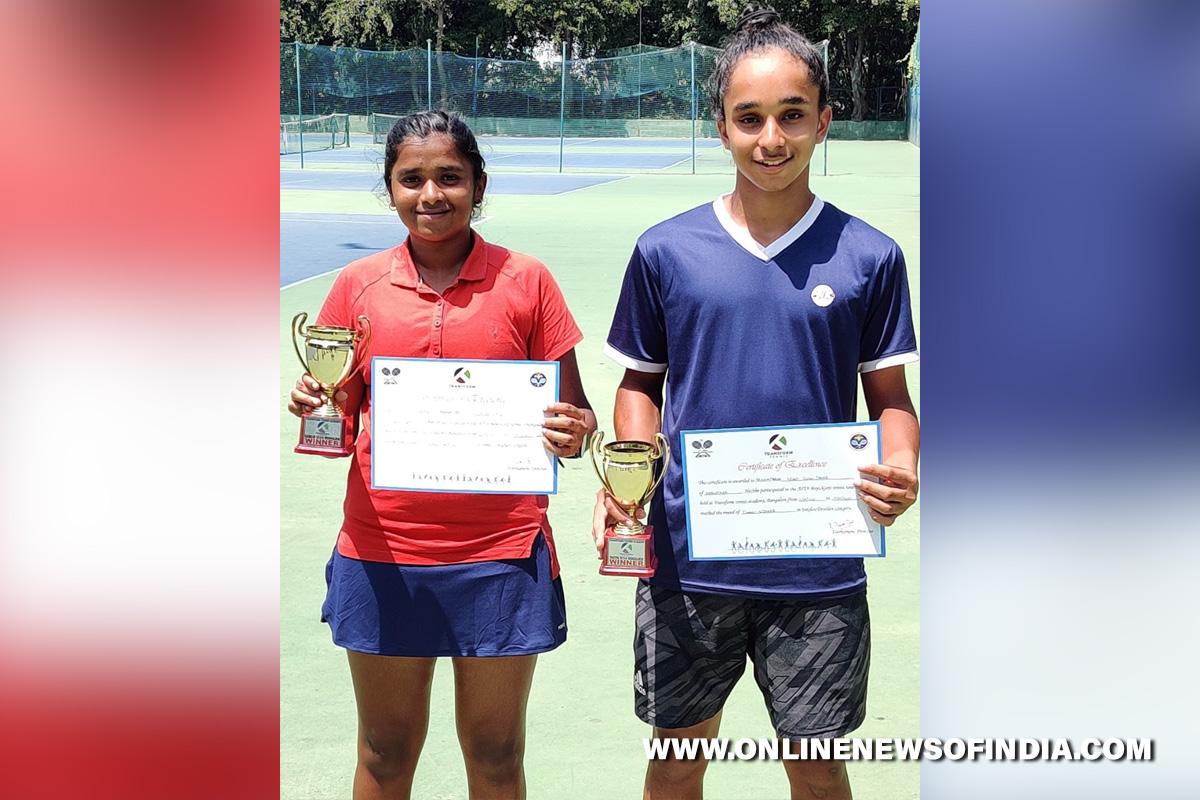 Bengaluru : Sehaj Singh and Sushmita Ravi emerged champions in the Boys’ and Girls’ singles category respectively of the AITA Champions Series 7 Under-14 tennis tournament held under the aegis of KSLTA. In the finals played here on Monday, Sehaj outplayed Leethaesh S 6-2, 6-3 while Sushmitha halted the run of giant-killer Kashvi Sunil 6-3, 6-3 to wrest the title.Both Leethaesh and Kashvi compensated for their singles losses by winning the doubles crown partnering Nikhil Sreenivas and Sanvi Misra respectively.Sehaj looked like he had ironed out his mistakes from his semifinal match as he was dominant right from the word go as he raced to a 3-0 lead before breaking his opponent’s serve in the eighth game to win the first set.’

A similar script followed in the second set but only this time, his rival held his serve in the eighth game before the 14-year-old ninth standard student of Vidya Niketan served out for the match.The girls’ final saw the 13-year-old Sushmitha taking control of the match in the initial stages of the match itself and made her opponent struggle for returns. With an early break, the eighth standard student of Stella Mary’s led 3-0 in both the sets before eking out a comfortable victory.

Will take every game as a final for us and give 100 per cent : Rashid Khan

I am being made a scapegoat for the cancelled Test : Ravi Shastri