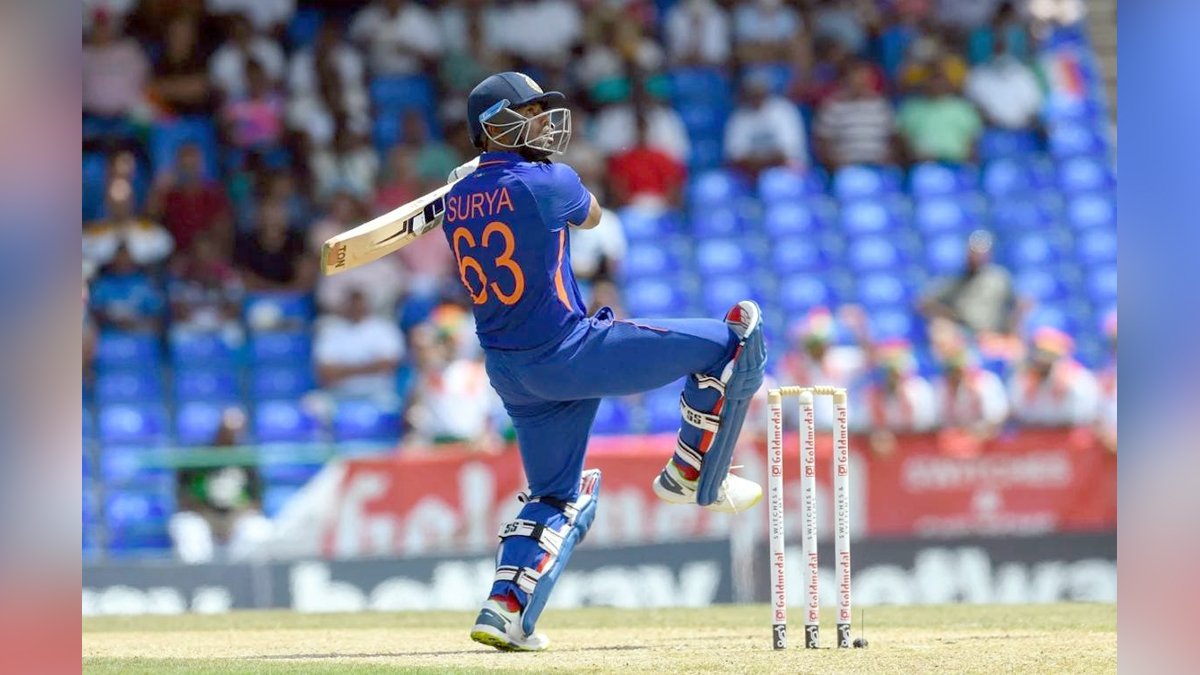 Melbourne : India batter Suryakumar Yadav is among Shane Watson’s top-five picks in the burgeoning field of T20 specialists in the world, with the legendary Australian cricketer saying the charismatic cricketer has done “incredibly well” with the ICC T20 World Cup round the corner.

Watson, in his ICC Review on Tuesday, however, added that he wouldn’t be astonished if KL Rahul, who led India to a 3-0 ODI series win against Zimbabwe recently, “explodes” at the T20 World Cup in October-November this year.”Second one (pick) is Suryakumar Yadav,” said Watson on Tuesday.

“He’s batting incredibly well, and he would be my No.2 pick. But I wouldn’t be surprised at all if (India team-mate) KL Rahul explodes in the T20 World Cup in Australia, because he’s got the game to dominate in these conditions in Australia.”

Former Australia skipper Ricky Ponting too had recently expressed confidence in Suryakumar’s abilities, saying that the 31-year-old was not the one to “step down” from a challenge whatever be the situation.A veteran of 123 IPL games since 2012, Surya, who came into the national ODI and T20I setup rather late — in 2021 — has scored 672 runs in 23 T20Is, including a century and five half-tons and is being touted as one of the potential stars in the World Cup Down Under.

Watson, who has joined the Delhi Capitals as their assistant coach in the IPL, added that Pakistan skipper Babar Azam is his No. 1 pick.”First one I’d pick would be Babar Azam. He’s the No.1 T20I batsman in the world, and he just knows how to dominate.

It’s like he’s not even taking any risks, and he scores incredibly quickly against the best bowlers in the world.”He’s going to do very well in Australian conditions (during the T20 World Cup) as well, as his technique is very much built for Australian conditions,” added Watson.

Watson put Australia opening stalwart David Warner as his No. 3 pick, basing his assessment on the 35-year-old’s performance at last year’s T20 World Cup in the UAE, which the Kangaroos won, and his performance for Delhi Capitals in IPL 2022.

“He (Warner) won the Player of the Tournament in the last men’s T20 World Cup, with the Aussies winning, and has scored some great runs for the Delhi Capitals (in the IPL) as well. He’s going to have plenty of fire in his belly to make his mark in a T20 World Cup at home, so he’s going to be ready to go,” added Watson.

“No.4 for me is going to be (England’s) Jos Buttler,” Watson said. “During the IPL, well a lot of times anyway, no one could get him out. Four hundreds has only been done once before in an IPL, with Virat Kohli doing that (in 2016). When he’s in form, and he has been in form, he’s just about impossible in T20 cricket to get out.

He can hit wherever he wants off the best bowlers in the world.”And he knows Australian conditions really well, he’s played the Big Bash and did very well a few years ago, when I played with him at the Sydney Thunder. So Jos Buttler is going to dominate,” said Watson.

Watson included Shaheen Afridi of Pakistan as the fifth and last pick in his World T20 XI Top-5, saying the tall bowler has special talent.”His (Afridi’s) wicket-taking ability is something special. We saw in the last men’s T20 World Cup his ability to be able to get the best batsmen out with that brand new ball.