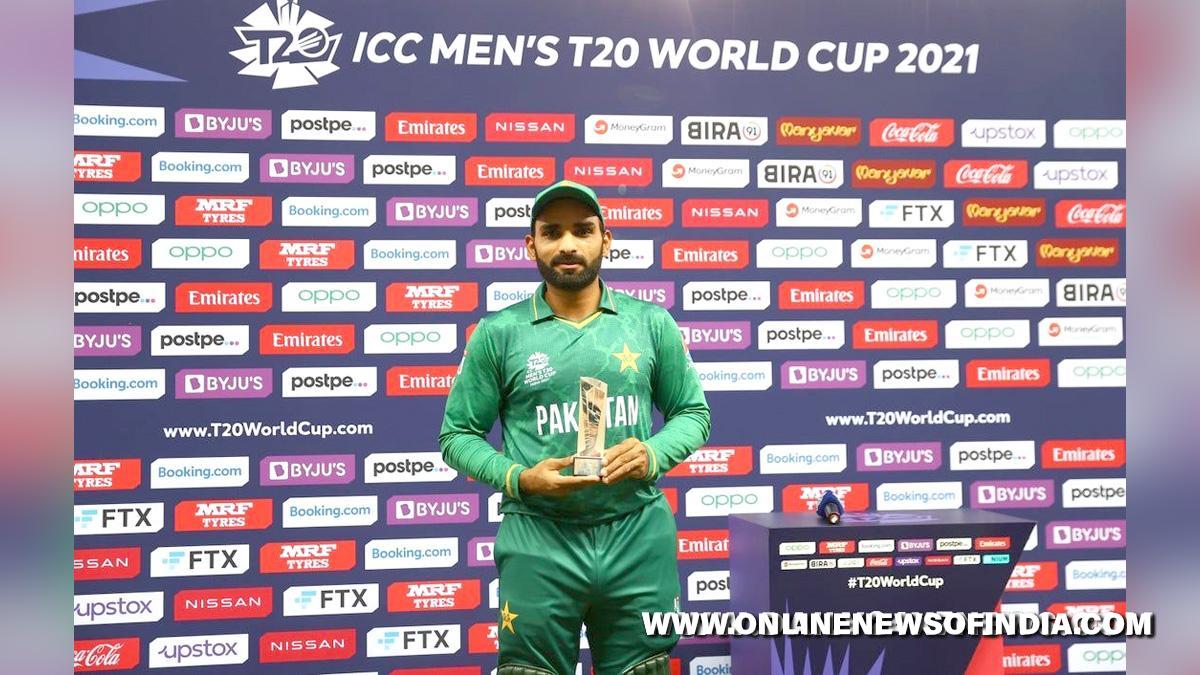 Dubai : After his match-winning knock against Afghanistan, Pakistan’s hard-hitter batsman Asif Ali on Friday said that he looks at the situation of the match and target the bowlers accordingly in the ongoing ICC Men’s T20 World Cup.Captain Babar Azam’s fighting fifty (51 off 47) and Asif cameo (25 off 7) powered Pakistan to a convincing five-wicket win over Afghanistan in a Super 12 match in Dubai on Friday.”I was confident of finishing it off from this end and that’s what I told Shoaib Malik before he got out. I look at the situation of the match, and I target the bowlers accordingly,” said Asif at the post-match presentation.

“I was talking to Shoaib when I walked in to bat and I told him that I was confident enough of getting 20-25 in one over against Karim Janat, which I did,” he added.Pakistan skipper Babar Azam also praised Asif Ali for his match-winning innings in a crunch situation.”He (Asif Ali) is known for this and I was confident pre-tournament itself that he would deliver when needed. We planned our strategies well with the ball, and also ensured that he kept the uneven boundary dimensions in mind while bowling,” said Babar.

T20 WC: If Pakistan win toss, they should look to bat first : Inzamam-ul-Haq